Originally presented in 2014, the Polynesian College Football Player of the Year has gone to several players who are today prominent in the NFL. The award is presented annually to the most outstanding college football player of Polynesian ancestry that epitomizes great ability and integrity. The 2021 watch list is composed of 63 players from 31 different FBS schools. As the NCAA season gets nearer to kickoff time, you can satisfy all of your college football wagering requirements through any of the sites featured at Vegasbetting.com.

Over the years, NFL rosters have been dotted with players of prominence who were of Polynesian descent. Think of Mosi Tatupu, Manu Tuiasosopo and former Pittsburgh Steelers safety Troy Polamalu, a Super Bowl winner, NFL Defensive Player of the Year and a recent inductee into the Pro Football Hall of Fame.

“The participation, prestige and excellence of Polynesian players continues to grow in college football,” said Jesse Sapolu, a Polynesian Football Hall of Fame Chairman, Co-Founder and Inductee. He was a four-time Super Bowl champion with the San Francisco 49ers. “This award allows us to showcase the very best in our community.”

“Polynesian College Football” by Rick Egan/TSLT is licensed under CC BY 3.0

History Of The Award

The Polynesian College Football Player of the Year Award was first presented to current Las Vegas Raiders quarterback Marcus Mariota when he was starring for the Oregon Ducks. In 2015, former University of Notre Dame and current Baltimore Ravens offensive lineman Ronnie Stanley received the award.

Colorado quarterback Sefo Liufau was honored in 2016. Next, in 2017, former Washington State, and current Minnesota Vikings defensive end Hercules Mata`afa was recognized with the honor.

Miami Dolphins QB Tua Tagovailoa was a two-time winner in 2018-19 while at the University of Alabama. In 2019, he shared the award with former University of Oregon offensive tackle and current Detroit Lion Penei Sewell.

Tennessee transfer Henry To’o To’o is part of what is arguably the best linebacking corps in the nation with the defending national champion Alabama Crimson Tide. Maryland Terrapins QB Taulia Tagovailoa is Tua’s younger brother. Could they become the first siblings to have their names etched on the Polynesian College Football Player of the Year Award?

A second-team All-Conference USA selection a year ago, UTSA offensive lineman Ahofitu Maka has started 23 contests over the last two seasons for the Roadrunners. Minnesota offensive lineman Daniel Faalele, who hails from Melbourne, Australia, has played in 21 games for the Golden Gophers and has started 19 of them.

Oregon has a rich history with the Polynesian College Football Player of the Year Award. The Ducks are the only school with two different winners of the honor and there are four Ducks on the 2021 watch list. This quartet is headed by offensive lineman Malaesala Aumavae-Laula, a 2020 Coaches Pac-12 All-Conference honorable mention and linebacker Noah Sewell, a 2020 Coaches Pac-12 Freshman Defensive Player of the Year. Sewell led the Ducks in tackles in 2020. He was one of two FBS true freshmen and the only from a Power 5 school to lead his team in tackles last season. 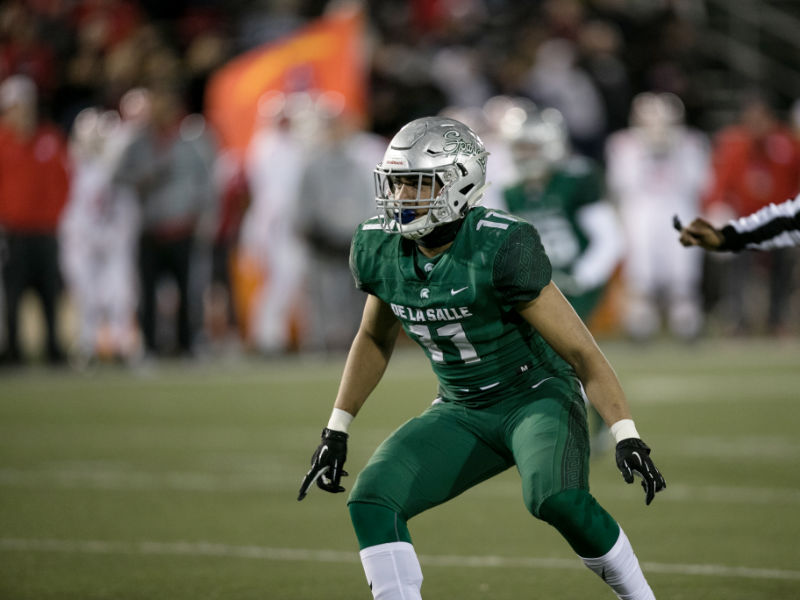 “Henry To” by Sandi Allan is licensed under CC BY 3.0

The Watch List candidates have been selected based on past performance and future potential. The watch list will continue to be updated throughout the 2021 NCAA football season.