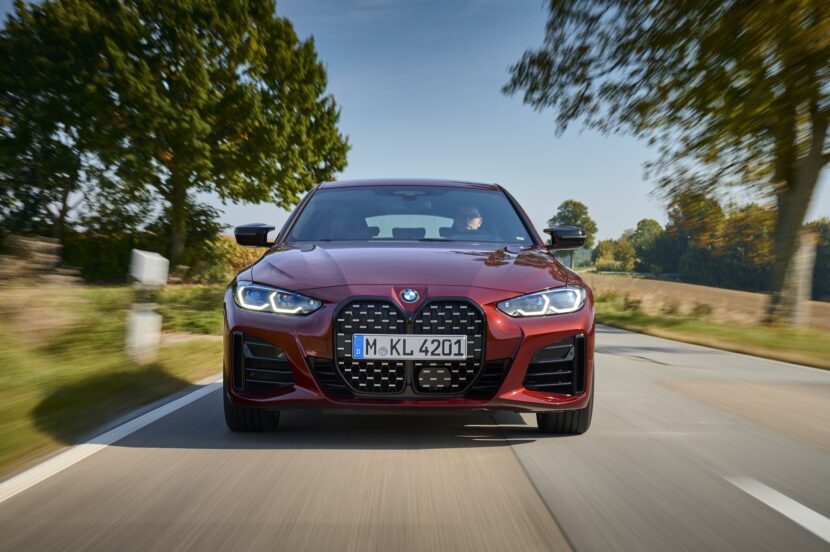 In its second generation, the BMW 4 Series Gran Coupe has carved out a unique little niche for itself and, from that, a loyal customer base has grown. Compared to the now canceled Series 3 Gran Turismo, the Series 4 Gran Coupe has always been considered the more elegant and attractive sibling. But now in its second generation, the four-door coupe only has to compete with models like the 3 Series Sedan and, probably, the touring version as well.

This new 4 Series Gran Coupe is obviously based on the new 4 Series Coupe, only with two more doors and a hatchback trunk. It also shares its body style with the already revealed, fully electric BMW i4. However, just like the outgoing F36 4 Series Gran Coupe, this new car is the most beautiful of the bunch. I recently got my hands on a 2022 BMW M440i xDrive Gran Coupe and took a spin to see what has changed and whether the four-door coupe is a better value proposition than a 3 Series sedan.

Of course, it still wears its familiar 4 Series grille, which could be the most polarizing design cue of any BMW in history. And while some of you may not be able to look beyond the grille, the overall design is actually extremely attractive. The side view reveals a long, muscular design, with better proportions than the 4 Series Coupe. The roofline is smooth and sporty, with a nice Hofmeister Kink look that doesn’t stray too far from the original. The flush door handles also look good.

In the M440i M Performance guise, the new Gran Coupe includes black finishes, sportier wheels, a sportier front bumper and larger front air intakes. The rear diffuser panel, side window moldings and exterior mirror housings are all finished in high-gloss black. It looks sporty without being too flashy, especially in Aventurine Red, which is a more luxurious color than it is sporty. Sweetening the deal further is the raised tailgate, which offers much more convenience than the trunk of the 3 Series sedan. This makes the 4 Series Gran Coupe more elegant than the 3 Series, while also being more practical.

Inside, the BMW M440i Gran Coupe 2022 gets a typical BMW M Performance interior: M seats, M steering wheel, soft knee pad on the sides of the center console and door sills with M logo. While the BMW i4 has LCD screens and digital indicators larger and more interesting, the 4 Series Gran Coupé sticks to the current BMW formula. In fact, it’s exactly the same interior you’ll find in the M440i Coupe or M340i sedan. The rear seat bench is equipped with fold-down headrests that allow you to fit three child seats.

In addition to the subtleties of luxury, the 4 Series Gran Coupe gets all the typical BMW fantasy technologies. For example, it comes with 3D View, Parking Assistant, Reverse Assistant and Personal Driving Assistant Professional parking cameras. However, the BMW i4 presents the new iDrive 8, the conventional Gran Coupe gets away with iDrive 7.

The new 4 Series Gran Coupé is 143 mm longer, 27 mm wider and 53 mm higher than its predecessor, while the track widths have also grown: 1,595 mm at the front (+50 mm) and 1,623 mm at the rear (+29 mm). The 2,856mm wheelbase is 46mm longer than its predecessor and 5mm longer than that of the 3 Series Sedan. Therefore, the driver and passengers certainly have more space around them. Specifically, the rear seats allow a comfortable overall height even for a person up to 6 ″ 3 (1.90 meters) tall.

During my test drive, the new 4 Series Gran Coupe turned out to be quite spacious with plenty of legroom in front without sacrificing knee room behind me. It’s certainly more comfortable for longer journeys than a 3 Series sedan, for example.

The proven B58 engine

If there is one engine that shines in the entire BMW range, then it has to be the B58 unit. The 3.0-liter six-cylinder turbocharged powerplant is mainly found in M ​​Performance Automobiles. It gives the 2022 BMW M440i Gran Coupe 382 horsepower (374 horsepower in Europe) and 369 lb-ft of torque. Like the coupe, the M440i Gran Coupe’s engine is a lightweight hybrid, with a 48-volt starter generator that acts as a small electric motor and can assist the engine with an 11-horsepower electric boost. This increases both efficiency and power, giving the engine a boost on acceleration and refining the engine response out of line or at low revs.

That engine is paired with a familiar eight-speed automatic, and for the M440i, it will exclusively send power to an xDrive all-wheel drive system.According to BMW, the M440i Gran Coupe can go from 0-100km / h in 4.7 seconds. . Top speed is obviously limited to 155 mph. An electronically controlled limited slip differential is also standard on the M440i.

The BMW 4 Series Coupe may be a case for a weekend track car, but the 4 Series Gran Coupe, while capable, won’t see many sessions on the track. The luxurious four-door coupe was built with comfort and space in mind and, of course, as an alternative to a 3 Series sedan or even a touring. Highway driving highlights the work behind the suspension setup with standard lift shock absorbers. These provide extra cushioning when riding large bumps or imperfect pavement. In my driving experience, it easily handles even minor road imperfections by adjusting the spring travel to maintain a smooth ride.

My 2022 BMW M440i xDrive Gran Coupe was fitted with adaptive M suspension which offers a wide range between driving modes. As with other new BMWs, the gap between Comfort and Sport Plus is now wider than ever, realistically delivering double character in a single car. The engine, transmission, chassis and steering are reduced when driving in Comfort, providing a peaceful and calm ride, ideal for a road trip with the family. A quick drive mode adjustment will ignite the aggression behind the sleek appearance.

Compared to the 4 Series Coupe, the four-door sibling is slightly slower and less engaging. And that’s to be expected considering it’s not only larger in size, but also slightly heavier. Cornering brings much more roll than the two-door coupe, while off-line acceleration is just a bit slower. If you put the 3 Series sedan in the mix, the result doesn’t change much. The smaller body frame and stiffer construction of the G20 3 Series offer a sportier experience, especially when comparing an M340i to the M440i Gran Coupe. The overall driving experience of a 3 Series sedan has been designed to be quite aggressive at the highest driving settings and this is immediately obvious whether you drive on winding back roads or on the motorway.

The steering is on the numb and soft side, even at its highest setting. But that’s no longer something that surprises me in a new non-M BMW. And in all honesty, that less engaging driving feel is mostly a journalist’s gripe.

A highway cruiser needs adequate driver assistance systems and the new BMW 4 Series Gran Coupe delivers. There are 40 assistance functions available to make driving more comfortable and safer. Level 2 self-driving vehicles are also featured in the 4 Series Gran Coupé using a wide range of ultrasonic and radar sensors. For example, the Steering and Lane Control Assistant function keeps the car in its lane up to 210 km / h (130mph).

Lovers of Apple CarPlay and Android Auto can rejoice too. The new BMW 4 Series Gran Coupe allows you to bring your smartphone’s functions and apps into the app and, in my experience, offer seamless integration with the iDrive system.

Cargo space is one of the main strengths of the BMW 4 Series Gran Coupé. And the new model does not disappoint. It offers 39 liters more than the previous model for a whopping 470 liters of trunk space. That’s just 30 liters less than the 3 Series Touring. And if that’s not enough for regular Home Depot transports, you can always lower the rear bench seat (40:20:40 split) to increase the space to 1,290 liters.

Should I buy one?

There are many more BMW practice choices if you live in Europe. You can find a wide range of spacious vehicles, from different touring models to Active Tourers. But in the US, the options are limited. When it comes to a sports car with a sedan-like rear end, the new BMW 4 Series Gran Coupe will compete on its own. Without a doubt, the polarizing aspect of the new 4 Series family will also affect sales of the Gran Coupe, but if you are looking for a unique car in the BMW range, with great performance and utility, then the BMW M440i Gran La coupe should rise to the top. to the shopping list.

And, of course, it’s best to look at it from a three-quarter view.