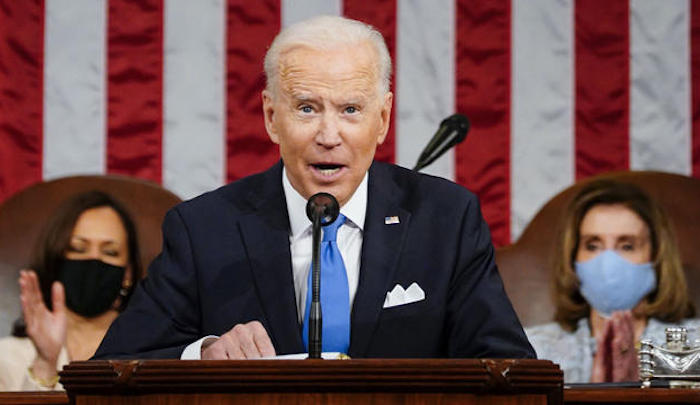 My last in PJ Media:

As the 20th anniversary of the 9/11 jihad attacks approaches, nearly 1,800 people who lost loved ones on that terrible day have made it clear that one person they do not I want to see at the anniversary events it’s Old Joe Biden. And it’s not, as you might have expected, because they don’t want the commemorations to descend to a platform for another of Joe’s embarrassing demonstrations of his rapidly deteriorating state of mind.

NBC News reported Friday that Dotty Puppet is not welcome at events in New York City and Shanksville, Pennsylvania, where the plane crashed into which brave patriots thwarted jihadists, “unless he keeps his promise to declassify government evidence from US link between Saudi Arabian leaders and attacks “.

The families explained in a statement: “We cannot in good faith, and with veneration for the lost, sick and injured, welcome the president to our sacred grounds until he fulfills his commitment.” They insisted they were not acting on the basis of a crazy conspiracy theory: “Since the conclusion of the 9/11 Commission in 2004, much investigative evidence has been uncovered implicating Saudi government officials in supporting the attacks. Through multiple administrations, the Department of Justice and the FBI have actively sought to keep this information secret and prevent the American people from learning the full truth about the September 11 attacks. “

Brett Eagleson, whose father was killed in the attacks on the World Trade Center, said: “We are frustrated, tired and saddened by the fact that the United States government for 20 years has chosen to keep information about the death of our loved ones. and key “.

Even what is known about Saudi Arabia’s involvement in 9/11 is quite disturbing. The 28-page section of the 9/11 report detailing Saudi Arabia’s involvement in the jihad attacks was finally published in 2016 (albeit with substantial parts still drafted), and it is now clear why a president who holding hands with the Saudi king and another that bowed I worked very hard all these years to keep these pages a secret: The report shows that it is very likely that the assassins of the 9/11 jihad received significant help from the highest levels of the Saudi government.

The details are vague, but damning. The report claims that Omar al-Bayoumi, who “may be a Saudi intelligence officer,” provided “substantial assistance to kidnappers Khalid al-Mindhar and Nawaf al-Hamzi after they arrived in San Diego in February 2000. Al- Bayoumi met the kidnappers “in a public place shortly after his meeting with an individual at the Saudi consulate.”