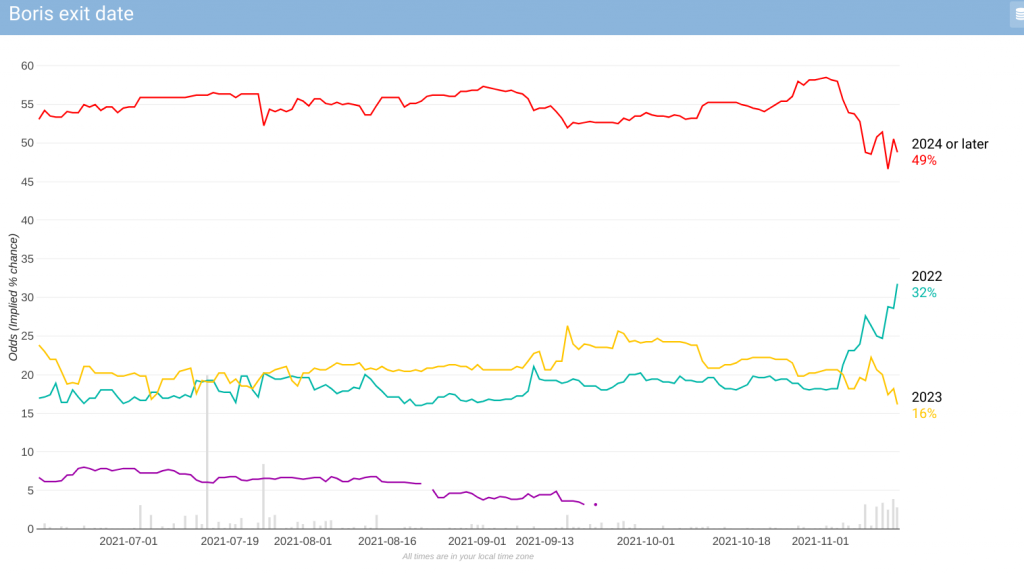 Recent record lows in Johnson and LAB’s leadership ratings he took the lead have sparked a flurry of activity across several betting markets, including the year Johnson will go.

I’m sure most PBers are familiar with the Tory party leadership rules that make it much easier to oust a leader than Labor.

Basically, it requires 15% or more of the party’s MPs to send a letter to the chair of the 1922 commission asking for a vote of confidence. Once the total is reached, set up the secret vote of confidence which normally happens quite quickly.

A key feature of the process is that if a vote is held and the leader survives, there can be no other confidence moves for a year. If the vote of confidence goes in the opposite direction, the party moves on to elections for leadership.

There is no doubt that Johnson was harmed, the question is how much. Anything not helped by the latest polls.