Home SCIENCE A lot of food is thrown away. These food waste apps...
SCIENCE

A lot of food is thrown away. These food waste apps let you buy it, cheap. 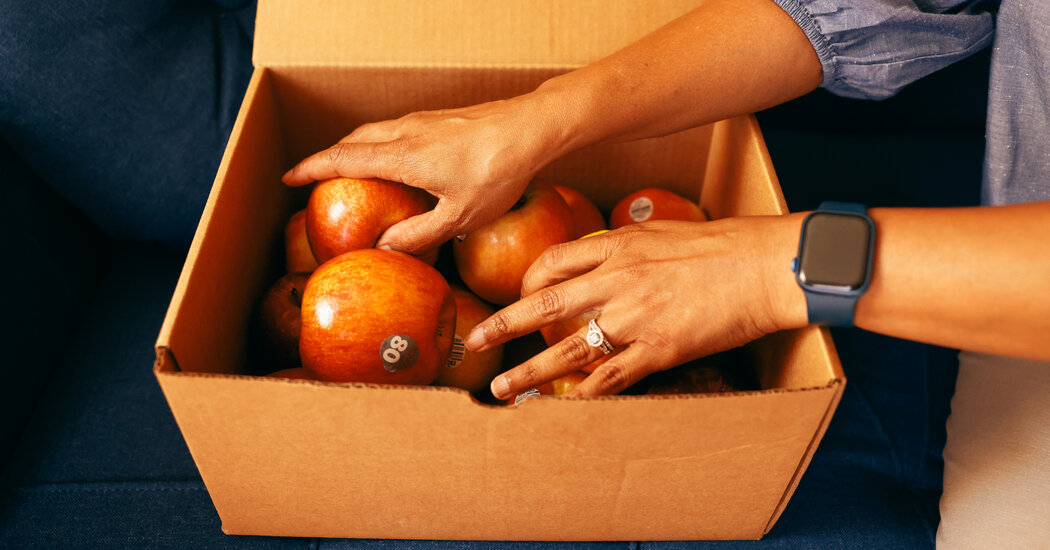 Mr. Macaluso noted that these apps are geared towards selling small volumes of perishables, while food banks are typically set up to handle much larger donations. “So those kinds of apps are filling a really interesting and unique niche,” he said.

The apps also have the potential to reach people facing food insecurity. Flashfood said a minority of its shoppers (about one in five) experience food insecurity, based on its own survey data, and the company is working to allow government assistance cards as payment methods. A Too Good To Go spokeswoman said the company does not accept food stamps and does not have similar data on users.

One complication is that, according to interviews with various businesses that sell at Too Good To Go, at least some items for sale aren’t necessarily what shoppers might consider “food waste.” The owner of a Baltimore dessert shop said she viewed the app as a promotional tool to reach new customers by selling what she called “small samples.” A beverage company owner said he used the app to sell discontinued products, but also sold new flavors there in hopes of attracting new customers.

Mr. Crummie, the director of Too Good To Go, said the app’s required price deterred this kind of behaviour. “If someone is paying $5, they should be getting $15 worth of food,” he said. “So it’s not a platform that generates profits.” He added that the company responded to user reviews, and when companies misuse the platform, the partnership ends.

Still, Professor Broad Leib said she thought these apps would make users rethink their own food waste, and that would be beneficial. “The best way to change consumer behavior has been to make people more aware of the issues,” she said.

Ms. Rexrode, the Austin tax analyst who uses Too Good To Go, has thought about the effect it’s having on the climate. The app includes details on how many pounds of carbon dioxide she has “saved” based on the number of surprise bags she has purchased, which in her case is 419 pounds.

However, he noted, that number might not be entirely accurate. “They don’t know how much I’ve contributed by going to get the food,” said Ms. Rexrode. “I’m driving!”

This hybrid cloud adoption is happening across the industry at an impressive rate, according to Veeam VP of Enterprise Strategy Dave Russell. “In...
Read more

Netflix is ​​opening a game studio in Helsinki as the next step in establishing its presence in the video game industry. This is...
Read more
Load more

Why do we grieve for people we don’t know?

What’s next in the Fed’s fight against inflation?

The Federal Reserve is expected to deliver a third big interest rate hike in a row this week as it wages its most aggressive...
Read more

The approval draws criticism over the transparency and security tests. ...
Read more

This hybrid cloud adoption is happening across the industry at an impressive rate, according to Veeam VP of Enterprise Strategy Dave Russell. “In...
Read more