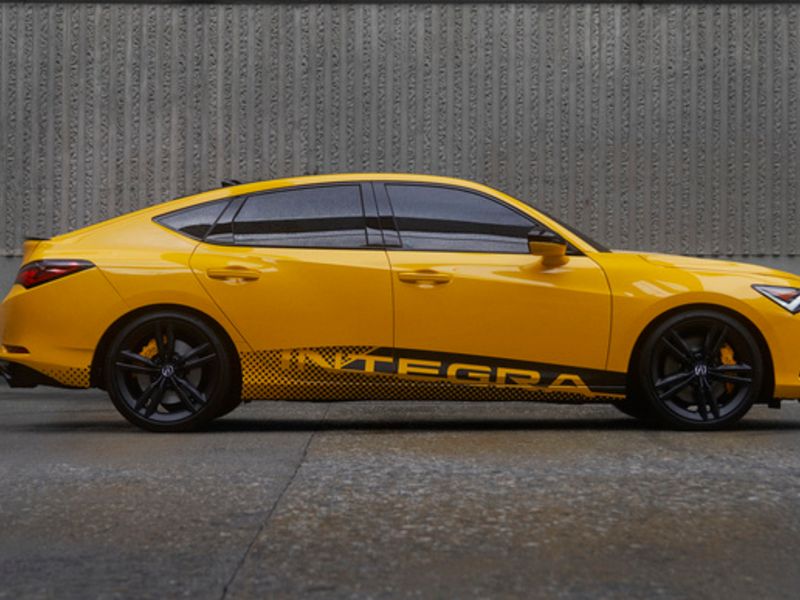 A common theme among YouTube livestream comments was that the Integra is too similar in style to the Civic, which has undergone a redesign for the 2022 model.

One commentator also saw elements of the Honda Accord, a family sedan.

Ikeda said the revamped Integra would have a starting price of around $ 30,000, which likely limited the brand’s ability to stray too far from the Civic. Acura’s outgoing entry-level sedan, the ILX, is based on the Civic mechanics of two generations ago.

Acura said the next generation of Integra would have stylistic elements that hark back to previous generations in the 1980s and 1990s.

“Designed in Japan, the new Integra’s bold exterior styling features a noticeably sloping roofline and a raised tailgate, giving it a distinct coupe-like road presence,” the company said in a statement.

“A modern interpretation of the Integra line, the fifth-generation model displays hallmarks such as the Integra name embossed under the driver’s-side headlight and passenger-side taillight,” Acura said. The Integra will be built at an Acura facility in Ohio along with the redesigned TLX.

Ikeda said that in the market flooded with crossovers and SUVs, the Integra will serve as a sporty yet practical sedan for active lifestyles. Both Honda and Acura say their entry-level cars attract younger buyers to the brand and generate loyalty.

The Integra, one of two models launched by Acura in 1986, was originally offered as a three- or five-door hatchback. It was later marketed as a four-door sedan.

The name lived on for three generations in North America until 2001. When the fourth generation Integra was launched globally as a three-door coupe, the name was changed for the North American market to RSX, which was discontinued in 2006.