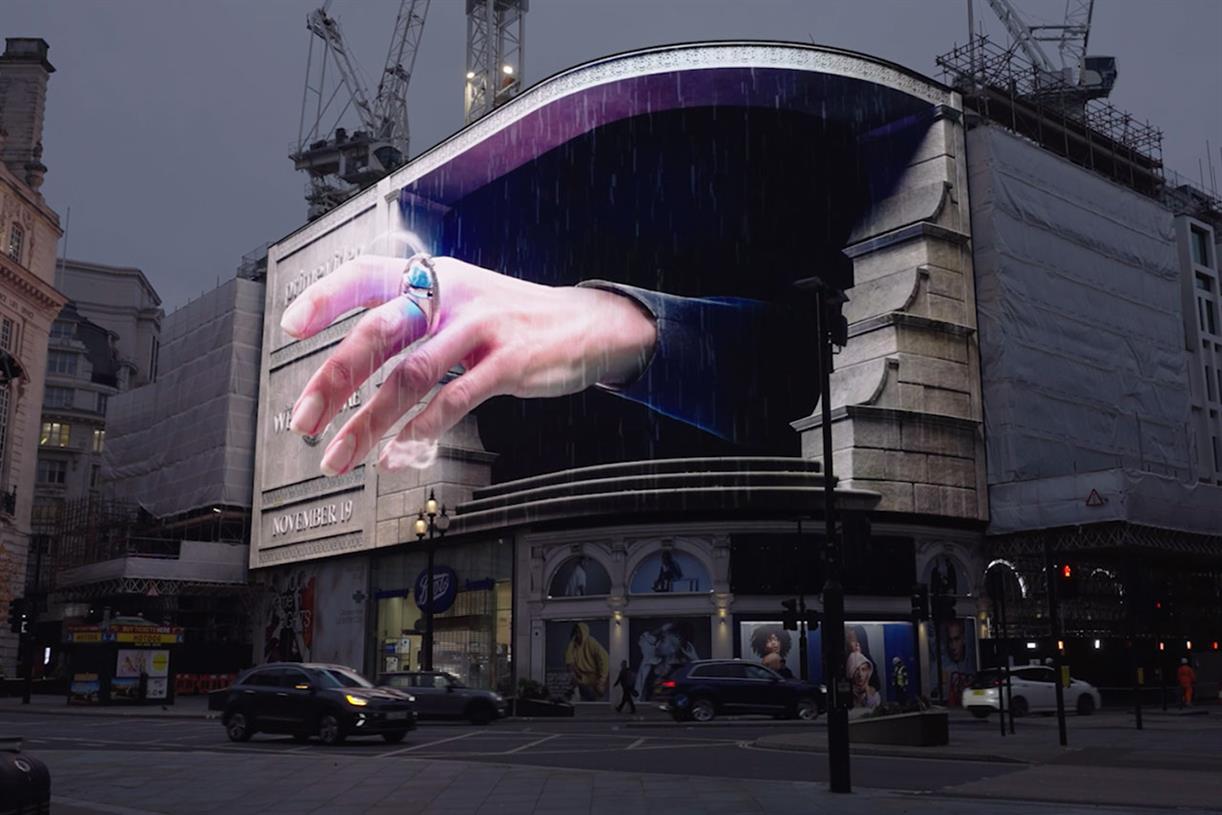 Amazon’s Prime Video celebrates the launch of the fantasy series The wheel of time with a live-action 3D illusion featuring the show’s star, Rosamund Pike.

The out-of-home commercial depicts a battle between “Light”, the character of Pike Moiraine Damodred of the all-female organization Aes Sedai, and “Darkness”, the commander of the dark army, with the couple appearing to escape from the screen. of the billboard.

The anamorphic content of the OOH is site specific and requires pike to provide separate performance for use in each location. No two positions are positioned exactly the same height from the audience, so each has its “sweet spot” for optimal anamorphic impact.

Captured on green screen, the live-action performance was composed in each scene. Pike’s hands were also struck to create the effect of Moiraine channeling her powers, which were then rebuilt in CGI.

Each OOH location was heavily explored for positioning, light pollution, and lines of sight, so the ad could be shot accordingly.

Amplify worked with the show’s VFX teams at MPC and Amazon Studios to deliver the project. The commercial was created by Thomas Valente and Tom Phipps.

Alex Wilson, Amplify’s Executive Creative Director, said: “We filmed Rosamund Pike on the set in Prague in collaboration with Amazon Studios, capturing multiple bespoke footage. Working with Pike and his movement coordinator, we developed a choreography that would allow to his character it felt like he was really reaching out to the audience, no matter what city they were in.

“The wheel of time is a world full of diverse and exciting characters, narratives and environments. A world on which we wanted to build, put the public at the center and then break into our reality.

“For the first time ever, we captured a live-action footage with star Rosamund Pike, combining it with show-quality visuals and bespoke 3D animations. In doing so, we again broke the format of OOH 3D anamorphic illusions and brought The wheel of time to life for the audience like no show before. “

Prime Video’s brief for the OOH business was to do something never seen before and present the series to a large audience in a way that was accessible, recognizable and inspiring, letting viewers know that The wheel of time is an “epic, unmissable series”. The broader marketing campaign includes high impact placements on TV, VOD, OOH and social, targeting a global mass market audience.

The series will be released on Prime Video on November 19th.