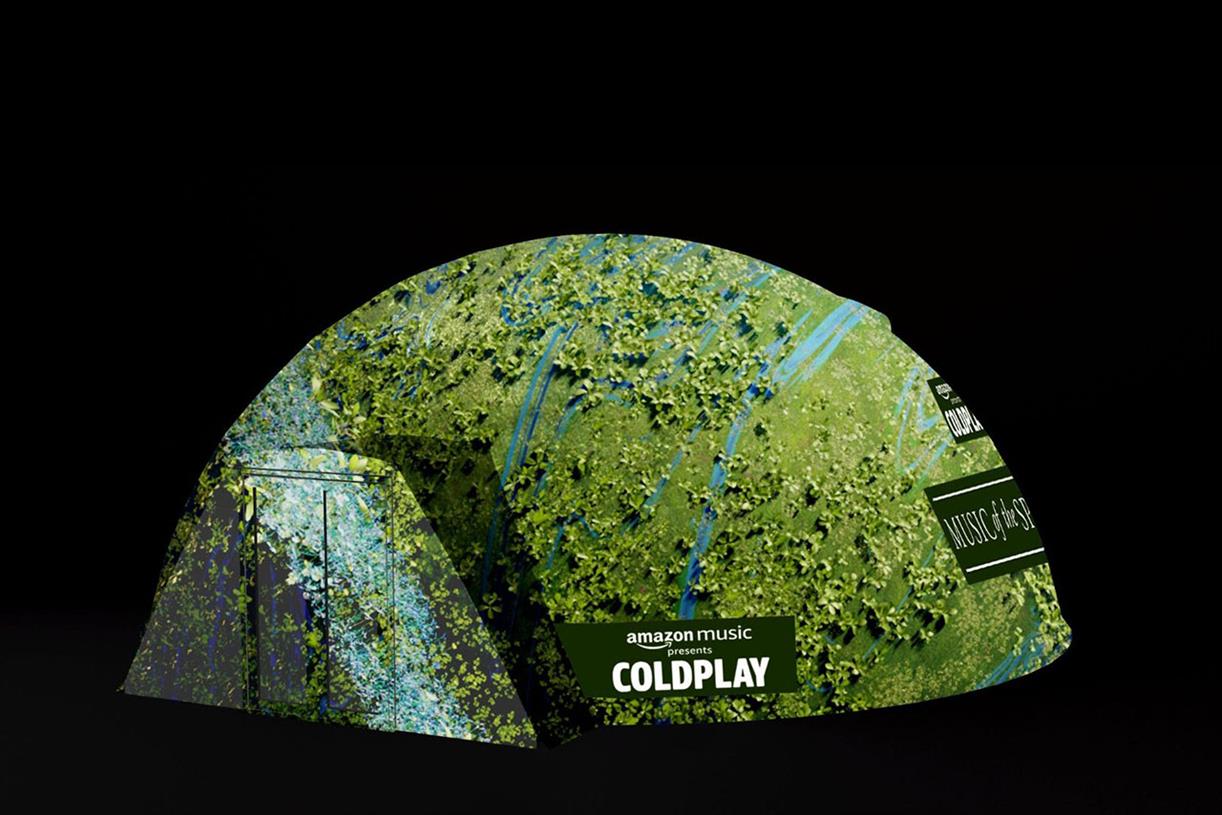 Amazon Music has struck a deal with Coldplay to celebrate the release of the band’s latest album, Music of the Spheres, with an “intergalactic audiovisual experience”.

Within the custom installation called “The Atmospheres”, fans will be transported to The Spheres, a “distant solar system” that hosts the band’s latest album, where each of the 12 tracks is twinned with a different planet.

The two-day event at Principal Place, Shoreditch allows fans to be immersed in “out of this world” images, create their own messages in an alien language, take selfies in an augmented reality photo booth, and help enhance the experience. through customized kinetic catwalks.

The five minute experience will use a song from the album, People of pride, as its soundtrack. It will be mixed in Dolby Atmos and accompanied by 360-degree graphics.

In conjunction with the London event, the show will also take place on October 15-16 in New York, Tokyo and Berlin. Visitors are advised to book slots to participate via a slot microsite.

Coldplay said in a combined statement, “We are thrilled to partner with Amazon Music to bring Music of the Spheres to life. ‘The Atmospheres’ will take fans on a journey through The Spheres and into the heart of the album. “