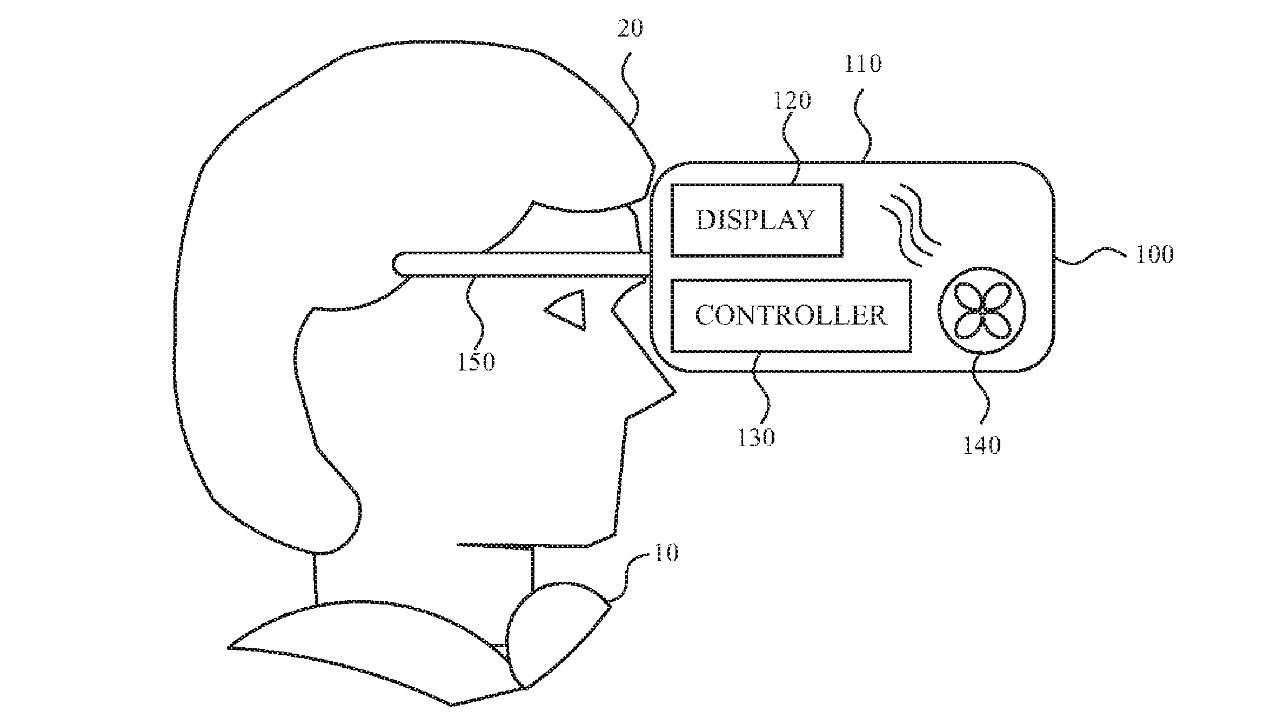 Future “Apple Glass” or other Apple AR headphones could use air baffles to draw heat away from the wearer’s head.

Previously, inventors Phil M. Hobson and Sivesh Selvakumar were granted a patent for methods of keeping Apple AR Head-Mounted Displays (HMD) users comfortable for extended periods. Now they, and three other inventors, have filed a patent application to include a cooling system in the device.

“Air baffle for cooling system in a head-mounted device”, is a recently disclosed patent application which has to do with the meaning that a user can comfortably wear such a device for extended periods.

We’re all used to our laps getting hot with certain laptops, and possibly our pockets with iPhones when plugged in. However, an uncomfortably heated HMD would be right under our noses.

“The cooling system can also be used to cool the user’s face by accumulating heat within the head-mounted device,” continues Apple.

However, it seems easier said than done, as Apple lists several issues. It says managing “efficient operation without detracting from the user experience is a challenging task for head-mounted devices.”

If only our heads were a little more streamlined.

“The shape of the head-mounted device or the arrangement of the internal components can lead to a tortuous flow path for the cooling system,” says Apple. “The proximity of the airflow path to the user’s head can create unwanted effects that detract from the user experience, such as excessive noise that noticeably interferes with the device’s audio.”

“Some head-mounted devices may employ moving components that can interrupt the airflow path, such as adjustable optics that can be moved to account for a given user’s interpupillary distance (IPD),” the patent application continues. “This adjustability, in turn, can make it difficult to design a cooling system in a given device that is suitable for different users.”

So our heads are awkwardly shaped and AR / VR devices need parts that can be moved. Together these two elements prevent regular or natural cooling.

What Apple proposes to do instead is take from thermal cooling practices in computers and add air baffles as typically found in air conditioning systems.

Additionally, these baffles “may include an integrated heat sink” or dissipate heat “through a thermally conductive interface material.”

It’s not that “Apple Glass” or other headphones don’t have fans as well. But the plan is to draw the hot air away from the user as discreetly as possible.

Microsoft: Everything must end … even Windows 10

Apple’s iPad Pro M1 takes on the One Charge Challenge