Home TECH Assassin's Creed Infinity isn't a game, but it could be a way...
TECH

Assassin’s Creed Infinity isn’t a game, but it could be a way to sell you NFTs 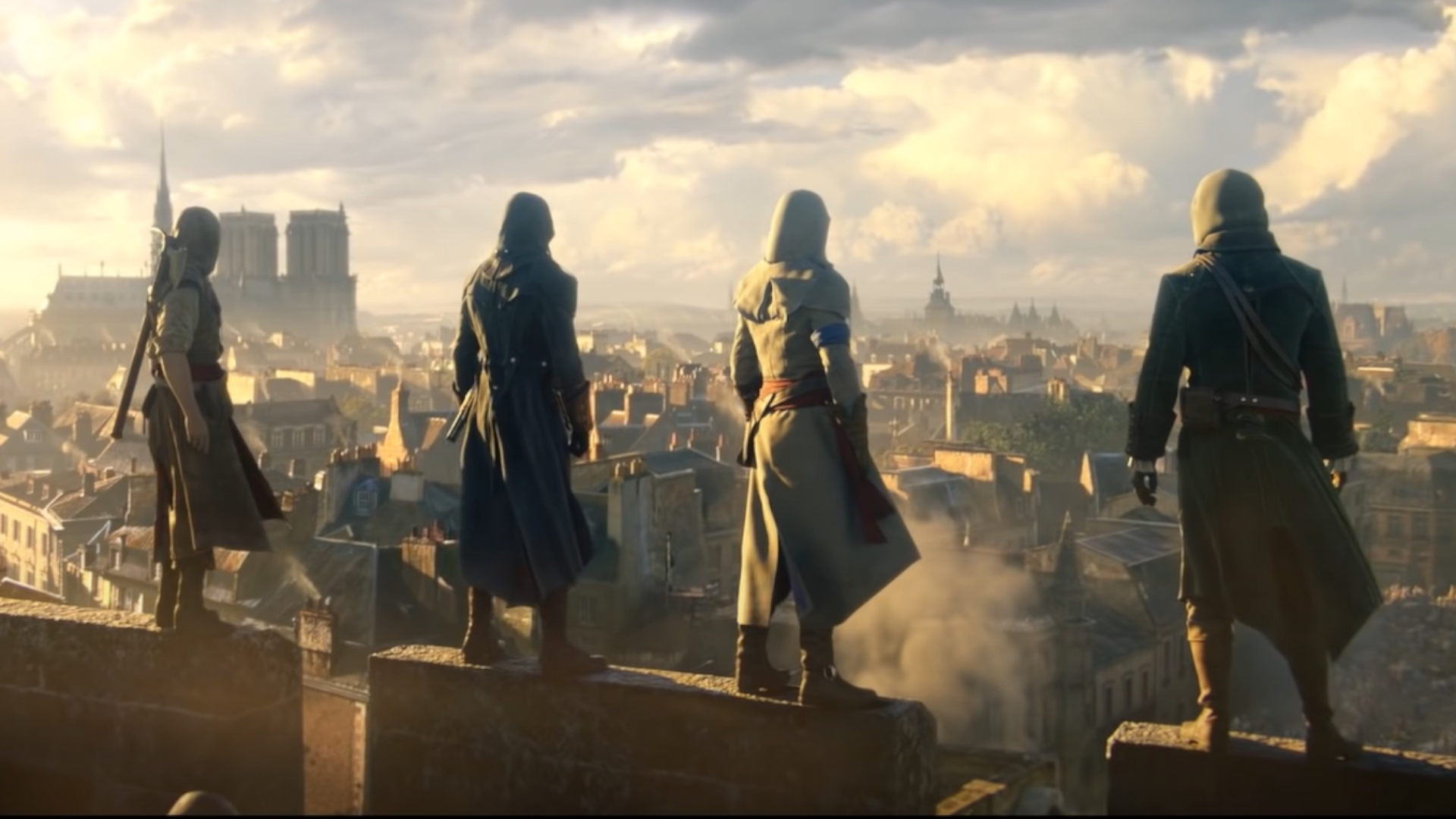 Over the weekend, Ubisoft announced between 900 and 1,000 upcoming Assassin’s Creed titles. I forgot the exact number.

Feudal Japan, medieval Baghdad, and some dark and creepy forests were on display, demonstrating the publisher’s big plans for the franchise in the years to come, starting with Assassin’s Creed Mirage. The sheer volume of announcements must have felt like an endgame round of Civ to other major publishers watching. Do you think it was just a missile cruiser we had outside your capital? No friend. Seven. Your move.

But the most enigmatic part of the showcase was Assassin’s Creed Infinity. It’s not a game, says Marc-Alexis Coté. It’s a platform for the “premium flagship” single-player AssCreed games, and it’s where the meta-story takes place, all the current stuff.

“Infinity is going to be a hub,” said Coté during UbiForward, “that will bring all of our different experiences and our players together in a meaningful way.” And while that hub is meant to host bespoke multiplayer experiences, it’s not itself a multiplayer game. Because it is not a game.

So what is it? eurogamer (opens in a new tab) He delves into this question in an interview with Coté, but even over the course of those questions, the nature of Infinity is left vague. And when things get vague, we start to theorize.

Do you remember in 2021 when Ubisoft announced Quartz Digits? It was the company’s first foray into NFTs, in the form of unique player items available to buy and sell in Ghost Recon Breakpoint.

The reaction to this announcement was, to borrow a phrase from the world of review aggregators, overwhelmingly negative. Production of these items for Breakpoint ceased just four months after it began, in March 2022, amid unimpressed press coverage and poor player acceptance.

Ubisoft acknowledged that its initial approach to blockchain territory had been unsuccessful. In January 2022, the vice president of the publisher’s strategic innovations lab, Nicolas Pouard, reflected on the broader reaction to Quartz Digits: “I think players don’t understand what a digital aftermarket can bring them. For now, due to the current situation and context of NFTs, players really believe that firstly it is destroying the planet and secondly it is just a tool for speculation.

“But what we [at Ubisoft] are watching first is the end game. The end game is all about giving players the opportunity to resell their items once they are done with them or finished playing the game itself. So, it’s really for them. It is really beneficial. But they don’t get it right now.”

When Breakpoint’s NFT content ceased, a statement on the Quartz website read, “Stay tuned for more updates with platform features and future releases with other games.”

Ubisoft has been pretty clear, then: It has a long-term plan for NFTs that extends beyond the small Ghost Recon Breakpoint, a relatively low-profile IP in the company’s portfolio, and thus a test site of Relatively low damage for your initial experiment.

With this in the background, could the creation and trading of NFTs be part of the context of Assassin’s Creed Infinity?

One thing Coté talked about was compatibility. Crossover stories might be easier to produce in Infinity, he says. The popular crossover stories in Assassin’s Creed Odyssey (which you can get for free) and Assassin’s Creed Valhalla came about by chance: the Origins pipeline hadn’t been completely shut down or shelved due to the pandemic, so it was easier than usual. they’ve been on a technical level to produce that interconnected DLC. But what if all the iconic AssCreeds sat on one platform? It’s an opportunity to tell more crossover stories and also bring back old titles from previous console generations, all sitting in the same architectural ecosystem.

And that, of course, also means the ability to take items from one game and bring them into another. A unique sword that you obtained in Mirage, stored in the Infinity blockchain, that you can wield against the Holy Roman Empire’s witch hunters in Hexe.

That’s as compelling a case for the use of NFTs as gaming has been at this point. Using the context of the Animus, it makes thematic sense. Taking disparate artifacts from the vast timeline of history and consolidating them into a current sci-fi construct. Playing as characters from past games, even, and entering new spaces. Edward Kenways and Ezio Auditores, unique, invading the temporary status quo of Victorian London or revolutionary France.

back in the hood

The Animus is definitely a focus of Infinity, and the intention is to tell deeper stories currently on the platform, but they won’t be technically playable. So what’s the alternative? A space selected by a player? Something similar to what F1 22 tried to introduce with its F1 Life mode, where a customizable environment is created from player items?

What we do know is that Infinity will be a market. “If you’re playing Red and Hexe comes out,” Coté told Eurogamer, “then you’ll see it available as a new DNA memory that’s available to you, and you can buy it directly from the Infinity hub.”

It is also clear that Infinity does not single be a market Coté’s comments about multiplayer, that online experiences will be available, not tied to single-player content and therefore downplayed in development and overshadowed at launch, make a lot of sense and show a real practical benefit to a centralized platform. Similarly, having a platform that focuses on the meta-story, a divisive element of the franchise where some want a lot more focus and depth, and others put up with it through gritted teeth.

But Ubisoft hasn’t given up on NFTs, and the caution with which it seems to be communicating about Infinity points to a possible soft relaunch of Quartz. Infinity was mentioned, kind of in passing, towards the end of UbiForward. It slipped past an ad for a mobile game and sold the idea of ​​”our very own Animus.” If I were in charge of reintroducing Ubisoft’s NFT initiative, a low-key announcement that focused entirely on the benefits of the IP rather than the specifics of the platform is how I would do it.

Emerging evidence suggests that contracting the coronavirus a second time may increase long-term health risks, a concerning development as the circulation of increasingly contagious...
Read more

Your computer's built-in calculator app is acting like an old pocket calculator and that's a bit...
Read more