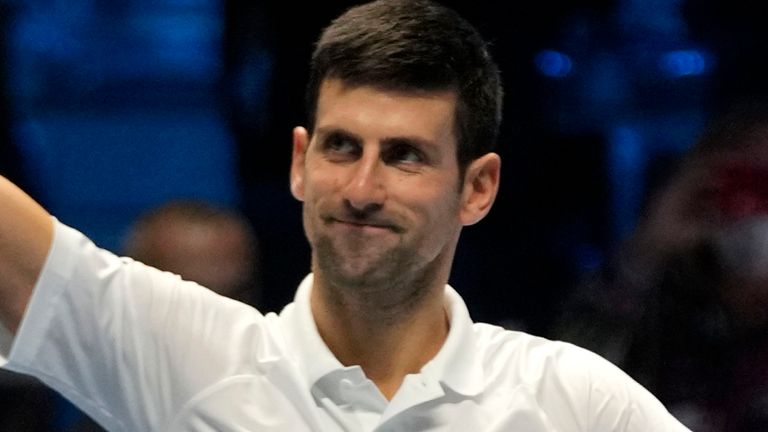 Novak Djokovic improves his ATP Finals opening round robin record to 13-1; the N. 1 in the world also equals Ivan Lendl for the second highest number of wins (39) in the history of the ATP Finals after defeating the Norwegian Casper Ruud in Turin

Year-end world number one Novak Djokovic began his quest for the sixth ATP Finals title with a comfortable opening round robin win against Casper Ruud in Turin on Monday.

Djokovic, aiming to equal Roger Federer’s record of six season-ending titles, won a tight opening set before going through the second to seal a 7-6 (7-4) 6-2 win over the Norwegian rookie .

He arrived in Italy in the wake of the 37th Masters title in Paris but lost his serve in the opening match after a point where he tripped and dropped his racquet before scoring but settled for the match and beat for 3-3.

Ruud, who this year developed his game to be a threat on all surfaces rather than just his favorite clay, was good at saving two set points at 4-5, but Djokovic got the better of the tie- break.

The second set was a masterpiece from Djokovic, who applied intense pressure to serve his 22-year-old opponent and led to victory.

Joe Salisbury won the battle of the British against Jamie Murray at the tournament held in Italy.

This is the first time that two British doubles players have qualified for the tournament as one of the top eight teams of the year, with Salisbury teaming up with American Rajeev Ram and Murray teaming up with Brazilian Bruno Soares.

The pairs met in their first group match and, for the third time this year, it was Salisbury and Ram who prevailed.

They had already met in the Australian Open semi-finals and US Open final, and here Salisbury and Ram took advantage of a quick start to win 6-1 7-6 (7-5).