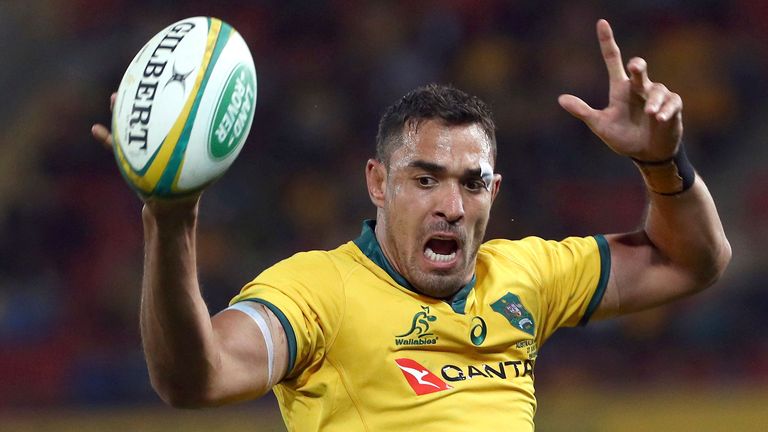 Row 2 Arnold will play for the first time since the quarter-final defeat against England at the 2019 Rugby World Cup; Kurtley Beale and Will Skelton are also on the bench after Rugby Australia loosened eligibility rules for overseas players

Rory Arnold will make his first departure for Australia since the 2019 Rugby World Cup when they face Scotland at Murrayfield in Sunday’s Autumn Nations Series match.

Toulouse Lock Arnold was joined in the Wallabies 23 by fellow European players Will Skelton and Kurtley Beale, who are both among the substitutes after Rugby Australia recently relaxed the eligibility rules for overseas players.

La Rochelle’s Skelton last played a test five years ago, while Beale’s Racing 92’s last was, like Arnold’s, the 2019 World Cup quarter-final defeat to England and head coach Dave Rennie is impressed with how quickly they re-entered the national-on set.

“Those three guys have seamlessly merged with the group, worked hard on their details this week and are super excited to earn another opportunity to represent their country,” Rennie said.

“We are happy to have more resources on hand. We had three guys carrying the weight so it was really great to welcome [Skelton and Arnold] in. They have their heads around things quickly. Will Skelton will come off the bench, he’s a beast and he’ll give us a great impact.

“They are very passionate and eager to play, which is really exciting. They have a lot of experience and we want them to come in and contribute immediately. They are all very motivated.

“Kurtley was great too, covers 15 and 10. He’s a really good communicator. We sat down for an hour yesterday because he wanted some clarity on some things. He realizes this is a great opportunity.”

Scotsman Gregor Townsend has selected an experienced team to face Australia at Murrayfield on Sunday, with all seven Lions nominated.

In other changes from the team that beat Japan 32-23 two weeks ago in Oita, Allan Alaalatoa returns to the front row, James O’Connor replaces the absent Quade Cooper in the opening half and Andrew Kellaway returns to full-back after Reece. Hodge was ruled out with a chest injury.

Waratah center Izaia Perese could make his debut off the bench. He was on the 2017 European tour under Michael Cheika, but a year later he switched to the rugby league.

However, Perese reverted to the 15-man code the following year and recovered from a dislocated shoulder in June to tour.