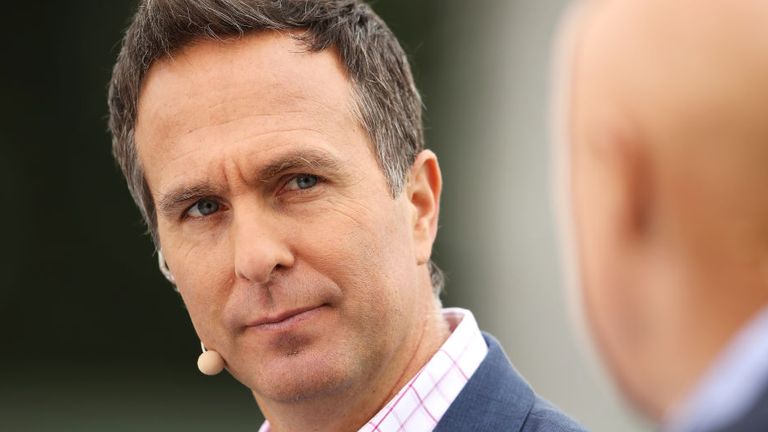 Michael Vaughan firmly denies Azeem Rafiq’s accusation of making a racist remarks towards him and other Asian players prior to a Yorkshire game in 2009; This article contains comments that some readers may find shocking

Vaughan revealed in his Daily Telegraph Thursday that he was implicated in a report on Azeem Rafiq’s institutional racism allegations in the county, but flatly denied telling a group of teammates that there were “too many of you, we need to do something about it.”

A new report from ESPNCricinfo says former Pakistani international Rana, who played for White Rose as an overseas player in 2008 and 2009, confirmed he had heard the comment. The report also states that the 43-year-old is ready to testify regarding any interested investigation.

talking with ESPNCricinfo in 2020, when Rafiq’s wide-ranging claims had just entered the public domain, Rana said: “I fully support what Azeem said and this was my case too.

“I never talked about it because, as foreigners, we were temporary and somehow I managed to accept it as it is. So I just focused on the game of cricket. I never wanted to jeopardize my contracts.

“I felt bad at times, but I decided to ignore it because I knew I wasn’t going to live there permanently. But I know what Azeem has been through.”

Former England captain Vaughan revealed that in December 2020 he was asked to speak to the independent group investigating Rafiq’s racism allegations in Yorkshire.

Vaughan, who said he had no idea why he was invited to speak on the panel until he heard the allegations, firmly denies the claims and says “I have nothing to hide.”

Vaughan wrote in his Telegraph column: “The night before I had to testify, out of the blue, I was struck by the news that Rafiq claimed that in 2009, when I was still a player and before a Yorkshire v Nottinghamshire game, I had told about Rafiq and two others Asian players as we entered the field together that there are “too many of you, we need to do something about it.

“This hit me very hard. It was like being hit in the head with a brick. I have been involved in cricket for 30 years and have never been charged with any remotely similar incident or disciplinary offense as a player or commentator. it came completely suddenly and more than a decade after it was claimed to have made it all the more difficult to process.

“I completely and categorically deny ever saying those words. I replied to the panel by saying that I was stunned and that my professional legal advice was that I could not appear before a panel having only had a few hours’ notice of such serious allegations being made against him. myself.

“It has been 11 years since the alleged event. Nothing was raised or said at the time of the match in question. It was not mentioned at the time or at any stage in the subsequent 11 years until the night before I was asked to speak to the investigation.

“I have nothing to hide. The ‘you many’ comment never happened. Anyone who tries to remember the words said 10 years ago will be fallible, but I am adamant that those words have not been used. If Rafiq believes something has been said in that moment to make him angry then this is what he believes. It’s hard to comment on it other than to say that it hurts me enormously to think that I have potentially influenced someone. I take this as the most serious accusation ever put in front of me and I will fight to the end to prove I’m not that person. “