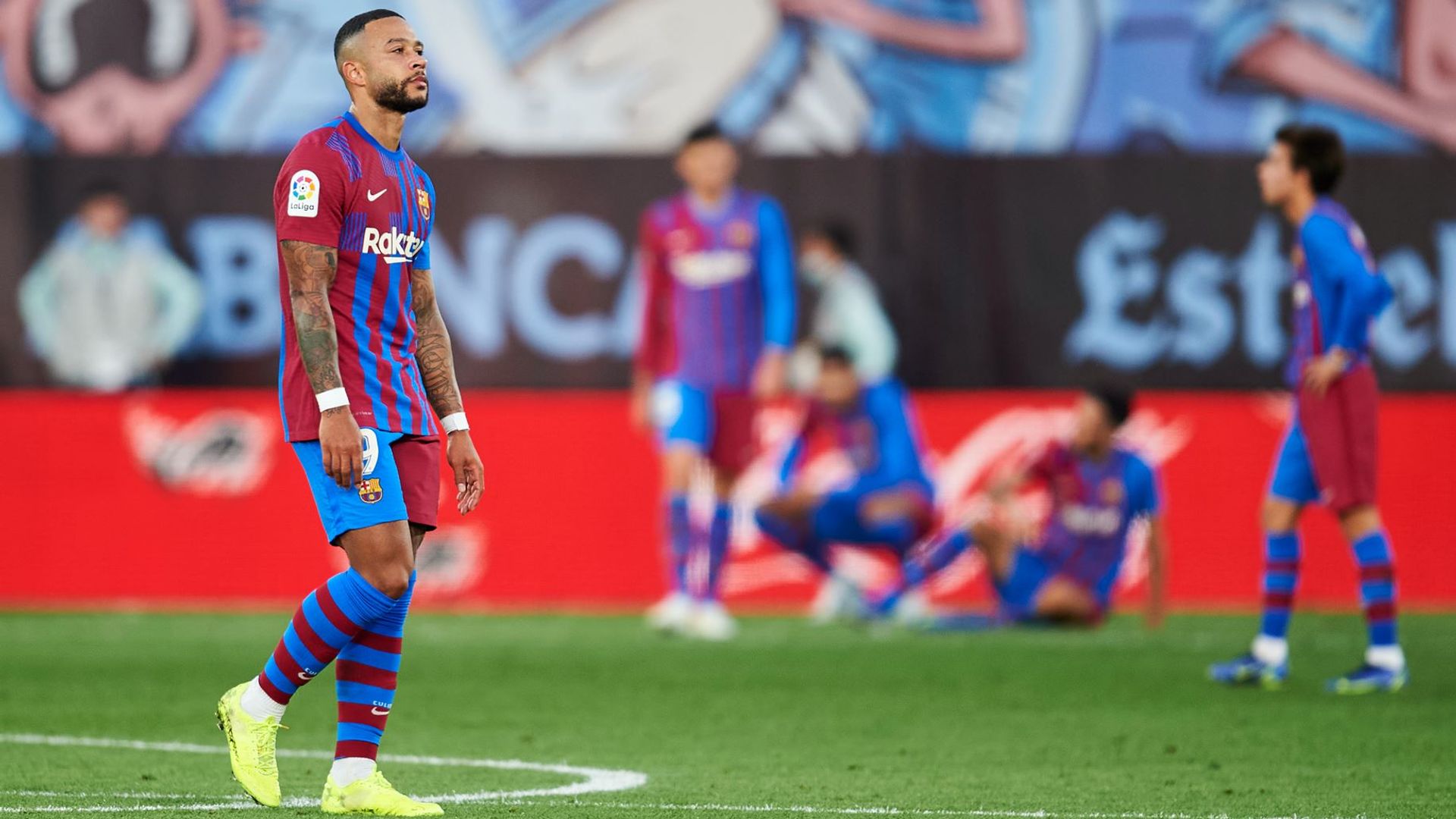 Xavi had a lot to like and more to complain about Barcelona’s insane 3-3 draw at Celta Vigo on Saturday, when his future side squandered a three-goal lead at half-time.

Playing the last game under the tutelage of interim manager Sergi Barjuan before Xavi took on the role of the club’s new full-time manager, Barcelona took the lead 3-0 after playing one of their best halves of the season. .

But the injuries of Ansu Fati and Nico Gonzalez, who were having inspired performances, and the re-emergence of Barça’s defensive doubts, helped Iago Aspas bring Celta back with a brace in the second half.

Aspas finished the comeback with one of the final kicks of the match when he scored from long distance, as Barcelona huddled in their own area begging for the final whistle.

“We forgot we had to play the second half,” said a dejected Frenkie de Jong, who provided Barcelona’s only spark in the second half with a shot that hit the crossbar with a score of 3-2.

“We were too static, we need to show more character. This match was important to move up a bit in the standings. It’s a hard blow.”

The draw came just hours after Barcelona announced that Xavi had agreed to rejoin the club until 2024. This will free Barjuan from returning to coach his reserve team after three games in office following the sacking of Ronald Koeman.

Xavi will be introduced on Monday and then have a two-week break for the national team before the former Barcelona midfielder makes his debut against Espanyol in a derby on 20 November. He arrived at Barcelona last Saturday after finishing his stint at Qatar club Al-Sadd, first as a player and then as a manager.

Fati had to be replaced after scoring Barcelona’s lead. Midfielder Nico, who also performed well, and defender Eric Garca both crashed in the second half. They joined a list of injuries that already included Pedri, Gerard Pique, Ousmane Dembele, Sergio Dest, Sergio Aguero and Martin Braithwaite.

Fati’s left thigh injury will likely rule him out of Spain’s decisive World Cup qualifiers next week against Greece and Sweden who must win to directly qualify for next year’s tournament in Qatar.

Sergio Busquets, Xavi’s old teammate, doubled in the 18 ‘with a rare goal from the veteran. The containment midfielder scores a nice curling shot from outside the box to put the ball just inside the post.

And Barcelona looked poised for a big win after Memphis Depay cut a header at home on a Jordi Alba cross after Nico’s key pass in the 34th minute.

But then the injuries came and Celta took the initiative when Aspas pulled one back in the 52nd minute, the striker who finished after Marc-Andre ter Stegen failed to clear his area.

Barcelona then went on the defensive when a header from Nolito in the 74th minute reduced the deficit to one.

“This Celta never gives up,” Aspas said after inflaming the crowd at the Balados stadium with his goal.

Serie A: Cuadrado in extremis puts an end to the collapse of Juventus with the victory of Fiorentina

Juan Cuadrado’s goal in recovery allowed Juventus to win 1-0 against Fiorentina in 10 men in Serie A on Saturday, while the Turin-based club ended a three-game winless streak.

The Colombian substitute beat goalkeeper Pietro Terracciano at the near post with a powerful shot in the final minutes to clinch the victory, despite a poor performance by Juve in which they were unable to find a shot on goal until the 86th minute.

The dismissal of Fiorentina defender Nikola Milenkovic in the 73rd minute gave the home team some life when Federico Chiesa fired a shot on the crossbar and Alvaro Morata saw a goal disallowed for offside, before Cuadrado made it to death.

The result leaves Juventus eighth in the standings at 18 points, tied with Fiorentina.