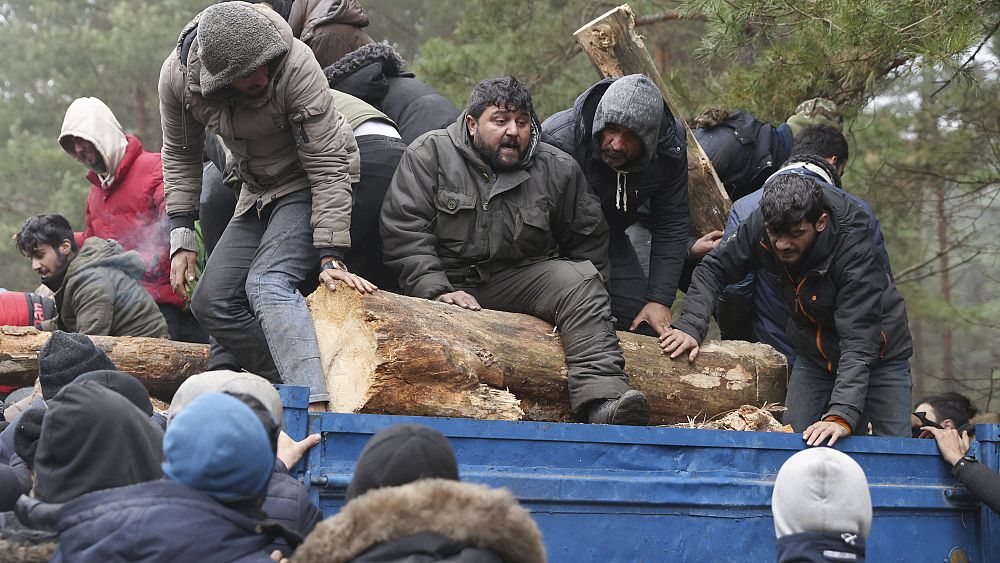 The Iraqi government said that on Thursday “on a voluntary basis” a first flight will be organized to repatriate its citizens who are among the migrants stranded on the border between Belarus and Poland.

“Iraq will operate a first flight for those wishing to return home voluntarily on the 18th of this month” from Belarus, Foreign Ministry spokesman Ahmed al-Sahaf announced on television overnight.

The first high-level contact between Brussels and Minsk took place on Sunday since the start of the crisis on the EU’s eastern border. The autocratic leader of Belarus is accused of deliberately orchestrating the influx of migrants to damage the blockade.

“People’s lives must be protected and humanitarian agencies must have access,” he said on Twitter. “The current situation is unacceptable and must end. People should not be used as weapons.”

Makei said any sanctions against his country would be “hopeless” and “counterproductive”.

Poland, Lithuania and Latvia are considering asking NATO to hold emergency talks amid a migration crisis on their borders with Belarus, the Polish prime minister reported on Sunday.

Thousands of migrants from the Middle East camp on the EU-Belarus border in freezing conditions. Last week the humanitarian crisis widened into a geopolitical stalemate between the EU and the US on the one hand and Russia-backed Belarus on the other.

Polish police said on Saturday that a young Syrian was found dead near the border.

Volunteer doctors treated a migrant woman for what they said was hypothermia after she and a group of other migrants were found in a forest near the Polish border on Friday night.

The group called Doctors on the Border, a group of volunteers who help migrants entering Poland from Belarus, said the woman was part of a group of ten people they found in a ditch near the village of Narewka.

The woman was taken to hospital and the rest of the group, including the children, were taken to a nearby border guard office.

The West accuses the Lukashenko regime of attracting migrants from countries such as Iraq, Syria and Yemen to Minsk on the premise that they will be able to enter the EU and facilitate their transport.

Lukashenko, in power since 1994 and who led a brutal crackdown on opponents after the 2020 elections is believed almost universally rigged, denies the allegations and blames the West for the crisis.