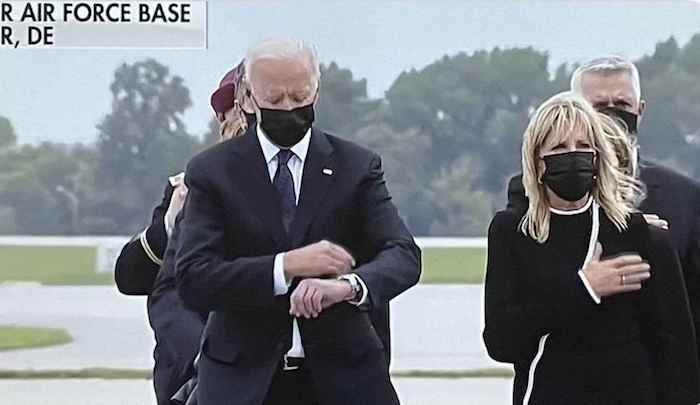 Even though we’ve mostly stopped talking about it, every week or so it’s there a new revelation this shows that the administration lied about how many Americans it left behind and that actual abandonment was worse than previously reported.

The Pentagon is stepping up efforts to get family members of US troops out of Afghanistan by creating a database of the dozen who are trapped there.

Family members of the US troops.

If you thought the Biden administration’s lies about a full and complete evacuation on schedule were bad, they manage to get worse every week.

On Thursday, more than two months after the U.S. military completely withdrew from Afghanistan, Defense Secretary for Policy Colin Kahl issued a memo asking any U.S. military personnel and Department of Defense civilians with close family members that they need help leaving Afghanistan to send an email to his office.

I’m glad the Department of Defense finally found time to address this issue a few months later, amid its efforts to tell military service members that they are racists who need to read Ibram X. Kendi and confess their white privilege.

According to defense officials, there are still several dozen close family members of US service members in Afghanistan. These include children, sisters and brothers and parents. There are over 100 extended family members still in Afghanistan, but it’s unclear how many of them want to leave the country, officials said.

The Biden administration has pushed this point of discussion on “it’s not clear how many want to leave the country” from day one. Yet it keeps turning out that all the people Joe left behind enemy lines want to leave.

The official said there is real momentum to help get close family members out. “There is a growing desire to make sure that, as we make this push, we take every situation into account,” the official said, adding that they are looking to “broaden the reach” to make sure DOD staff and their families receive help. .

In November. There is “increased desire” after leaving them behind. I don’t even have the words.

The official said once the information is consolidated, the Pentagon will work with the State Department to extract family members who want to leave. The US military will not play a role in pulling people out of the country, the official said.

Obviously not. And, as usual, that’s not the whole list.

The Pentagon doesn’t have a good account of how many Defense Department civilians still have close relatives in Afghanistan, officials said.

Back to more diversity, equity and inclusion training then.