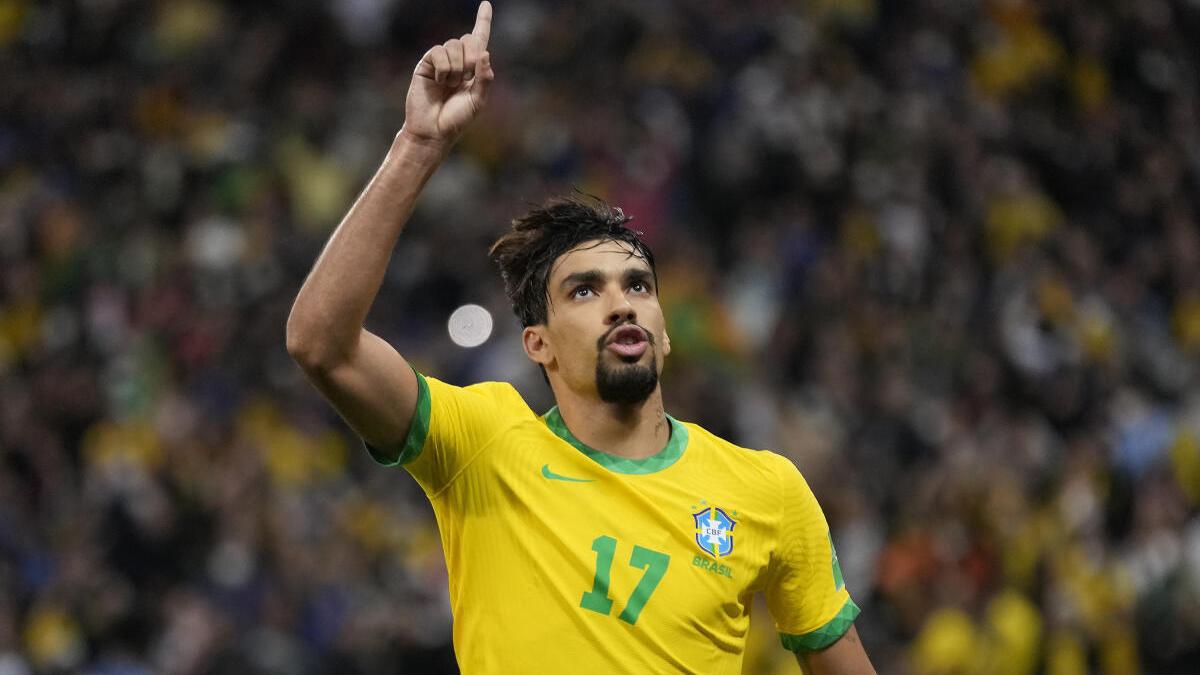 Brazil are the first South American team to qualify for the World Cup in Qatar, with several matches underway and more than a year before the tournament starts in Qatar.

Lucas Paqueta scored Brazil’s only goal in the 72nd minute in a 1-0 win over Colombia, putting Selecao 18 points ahead of fourth-placed Chile, who can add just 15 points in five remaining games.

Sixth-placed Uruguay can still score Brazil’s 34 points, but will face Chile in the final qualifying round, which makes it mathematically impossible for both of them to overtake the leader.

“This is the result of an excellent job that we have been starting for some time,” said Paquetá after the game in Sao Paulo, which provided few opportunities for both teams.

“I cried with happiness (after scoring) because at the moment I live in the national team and in my club Lyon. This came from so much joy, joy for this job well done, “Paquetá added.

World Cup qualifiers: concerns are growing for England’s Southgate ahead of the clash with Albania

His goal came after Marquinhos found Neymar in the middle of the Colombian defense.

Neymar quickly moved on to Paquetá, who beat goalkeeper David Ospina with a low shot that ended up in the right corner of the Colombian goal. It was one of the few chances created by Brazil during the match.

Brazil sealed their qualification by giving coach Tite his 50th victory along with 12 draws and five defeats. Tite conquered Brazil in the midst of qualifying for the World Cup in Russia in 2018.

Also on Thursday, in third place, Ecuador beat Venezuela 1-0, bottom of the table, with a goal from Piero Hincapie, and Chile won 1-0 at Paraguay thanks to an own goal by Antony Silva on football corner.

Peru and Bolivia will face each other on Thursday. Uruguay wants to host Argentina on Friday.

Brazil have 11 wins in 12 games: their match with Argentina in second place in September was strangely put on hold after seven minutes of play due to concerns from authorities over violations of COVID-19 protocols. FIFA has not yet decided whether it will be played.

Ecuador (20 points) follows their two main rivals in the South American qualifiers, with Chile, Colombia and Uruguay tied on 16 points. The Chileans are now taking the lead on goal difference.

The fifth team in the South American qualifiers goes to an intercontinental playoff for a place in Qatar.