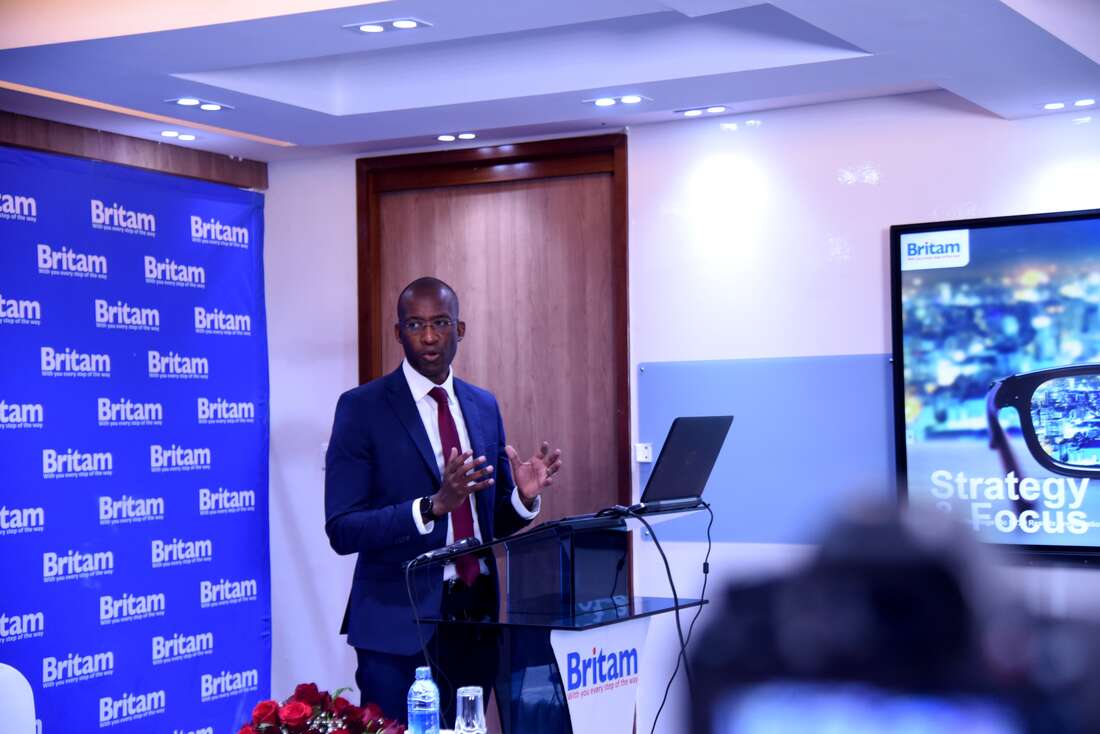 Britam Insurance Group #ticker: BRIT has sold an additional 20.1 million Equity Group #ticker: EQTY shares with a market value of Sh852 million, reducing its stake in the country’s most profitable lender to a new low of 6, 77% in the year ending. December.

Britam, which in 2019 had 275.7 million shares of the lender equivalent to a 7.3 percent stake, has been reducing the concentration of its investment in the institution, which often represents more than 10 percent of its total assets. .

The insurer says it had a loss of Sh134.5 million in the latest trade that came amid the lender’s stock price slump in the bear race that intensified in the wake of the Covid-19 pandemic.

The insurer has disclosed the latest disposal in its annual report.

“The loss of fair value related to the sale of the shares of Equity Group Holdings amounted to Sh134.5 million [compared to a gain of Sh332.5 million in 2019]”Britam said.

“The loss of fair value due to the revaluation of the shares of Equity Group amounted to Sh4.2 billion [compared to a gain of Sh5.1 billion] in 2019]”.

Britam has been selling the bank’s shares to diversify its portfolio and also to comply with regulatory guidelines, limiting investment in a bank to 10 percent of an insurer’s total assets.

“The concentration on equities in general and on specific accountants is closely monitored. As of December 31, 2020, the group held shares in Equity Group Holdings Plc worth Sh8.6 billion (2019: Sh14.7 billion) or 12 percent (2019: 10 percent) of total assets ” said the insurer.

Britam has moved in recent years to reduce its exposure to equities, which in 2014 accounted for 26 percent of its total assets thanks to the long-term stock price rally from the lender.

The Insurance Regulatory Authority (IRA) published investment guidelines in 2015 that, for example, limited an insurer’s investment in a bank to 10 percent of its total assets.

The requirement is intended to promote the financial stability of an insurer that can be threatened if a large investment goes wrong.

Britam started buying shares in 2004 and owns them directly and through its various insurance subsidiaries.

A spike in the lender’s share price means Britam will have to keep cutting its stake to control concentration risk.

Losses in its investment portfolio, including equity participation, contributed to the insurer’s record net loss of $ 9.1 billion in the year ended December.

The insurer had made a net profit of 3.5 billion shillings the previous year. The loss in the review period caused the company to suspend dividend payments, having made a distribution of Sh630.8 million or Sh0.25 per share the previous year.

The company did not elaborate on what went wrong in the asset management unit, only saying there was an “asset-liability mismatch” in the fund.

“The holding company is committed to supporting the fund in meeting its obligations as they mature by overseeing the management of the fund’s operations and the agreed recovery plan,” said Britam.

It was not immediately clear how much money the fund managed. The insurer says that wealth management funds invest primarily in deposits with financial institutions.

The fund’s loss disclosure came after the insurer reviewed its executive and board, including the investment committee, giving it an opportunity to discuss issues that may have been overlooked in the past.

The company appointed Zimbabwean Tavaziva Madzinga as its chief executive officer effective February 1, replacing Benson Wairegi, who had been with the insurer for 40 years.

The company also replaced Andrew Hollas as president on the same day with Mohamed Said Karama on a temporary basis.

In addition to the problems in the fund, Britam was also affected by a drop in the value of its listed shares and investment property.

Britam said its core insurance business was resilient during the review period.

“However, operating results were better than in 2019. Our gross earned premiums (GEP) and fund management fees increased 4.2 percent to 28.8 billion shillings from 27.7 billion shillings,” said the insurer.

“This is attributed to the growth of our insurance revenues, especially the international P&C business, which saw a 50 percent increase in GEP, contributing 28 percent of the group’s GEP and a profit before tax of Sh832 million. compared to Sh38 million in 2019. “