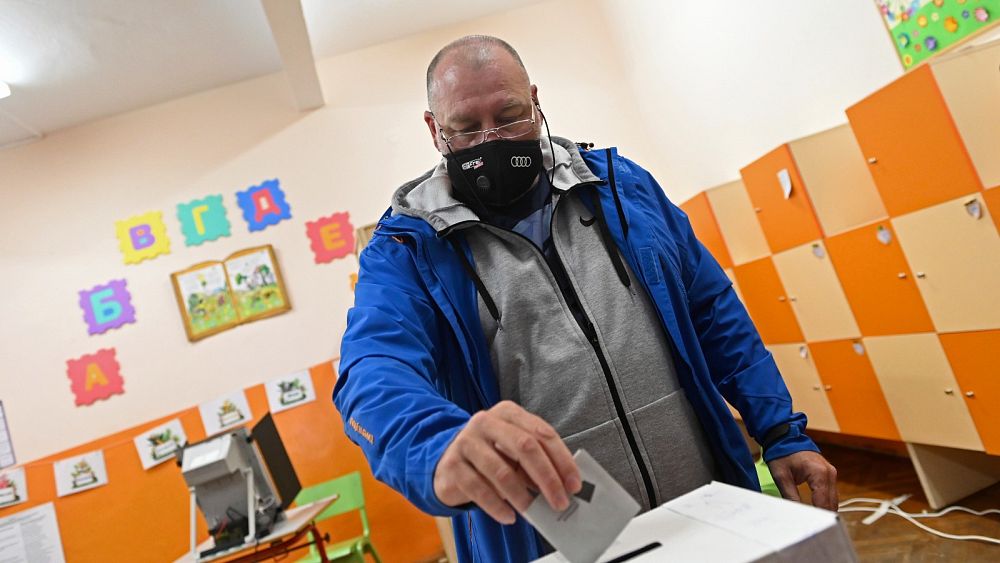 Bulgaria’s third election in eight months appears to be a close run with exit polls putting the former ruling party GERB just slightly ahead of the newly created centrist party We Continue the Change (PP).

Whether either side will be able to form a coalition government remains to be seen, but there is hope that the new PP party could become a potential king-maker.

According to two exit polls, the new anti-corruption movement launched by two 40-year-old interim government ministers was nearly on par with the GERB party. A Gallup poll put the PP party ahead of GERB.

There Is Such a People (ITN), led by pop singer and former TV star Slavi Trifonov, was set to lose a considerable number of points after failing to form a coalition over the summer.

Voters in Bulgaria returned to the polls on Sunday following inconclusive general elections in April and July and amid a wave of coronavirus infections.

Bulgaria has the lowest vaccination rate in the European Union, with less than a third of adults fully vaccinated.

There are two elections at once this time.

The incumbent president Rumen Radev is running for a second five-year term and should make it to the ballot on 21 November. Exit polls showed that he won about 49% of the votes in the first round.

Voter turnout was low in Bulgaria, nearly 26% by 4pm, the Central Election Commission said. About 6.7 million voters are entitled to these elections.

There are 240 seats up for grabs in parliament with seven major political groupings competing.

The elections are likely to result in weeks of negotiations trying to form a coalition, with three parties attempting to do so before new elections are called.