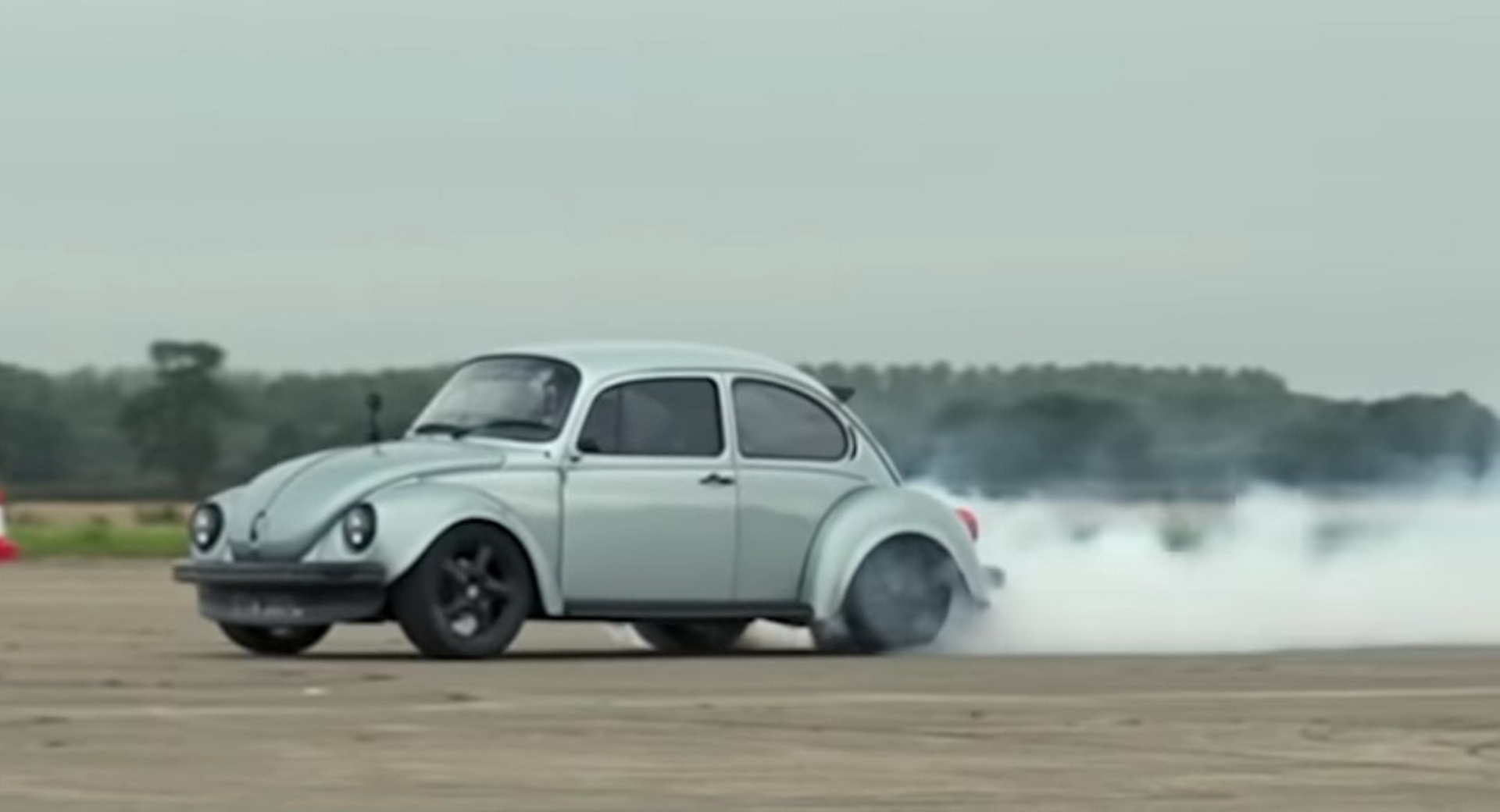 You may have heard the old gag that 911s are just Beetles with a sleek body. Well, in its latest drag racing video CarWow pitted a modern 911 GT3 RS against a 1972 VW Beetle. Except it’s not a regular Beetle.

However, even if the 911 GT3 RS it is relatively light for a modern supercar, weighing 3,152 lbs (1,430 kg), it is surpassed by the Beetle, whose heavy batteries have been mostly neutralized by carbon fiber body panels. This means that it weighs only 1,050 kg.

Although both are on sticky Michelin tires, the Beetle driver reports that he is somewhat limited by traction, a point he demonstrates by easily doing an out-of-line burnout to warm the tires.

In view of the third race, in which Mat Watson takes the wheel of the VW, he also warms up the tires, which amuses him enormously. I’ve seen quite a few CarWow videos and it’s a testament to a Beetle’s goofy charm that I’ve never seen it laugh so hard before.

The process proves important, however, with the cold tires limiting the Beetle in the first race and preventing it from draining power from the line, delivering the Porsche victory. In subsequent races, however, the results are much closer. Even in rolling races, the torque of the electric motor makes the Beetle quite performant.

So no, the 911s aren’t masked Beetles, but maybe electro-modified Beetles can show the Porsche icon a couple of things, even if the base car is nearly 50 years old.