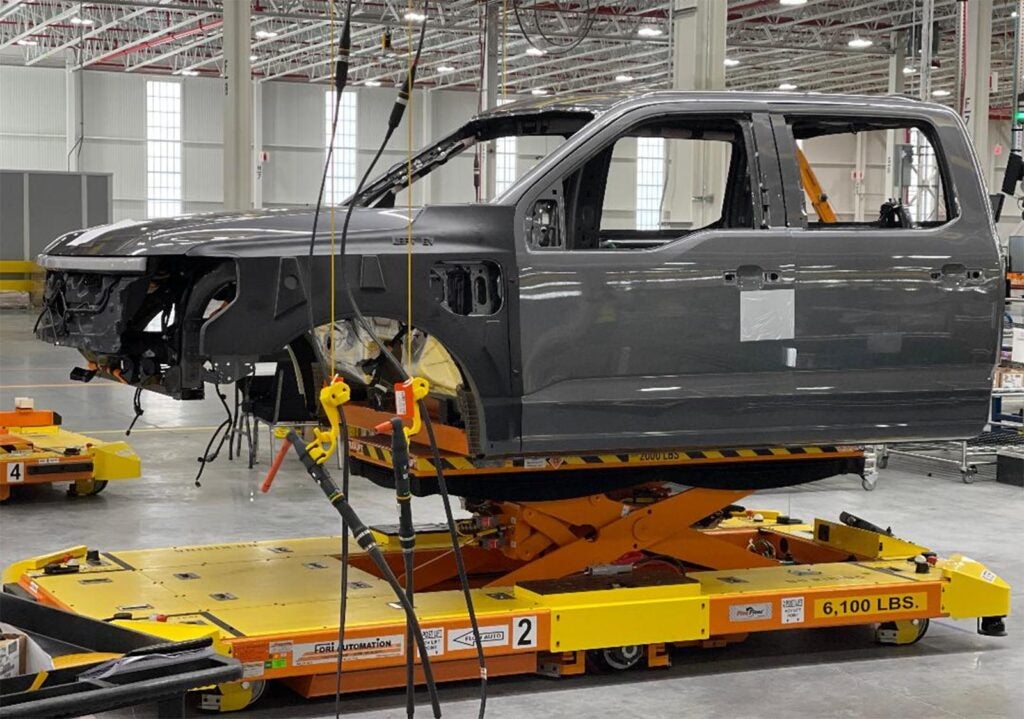 Seemingly on a weekly basis, automakers around the world have increased their investments in car battery technology, development and manufacturing, with a new study estimating the industry will invest more than $ 515 billion by the end of. this decade.

The number of battery-powered vehicles began to grow exponentially, with More than 50 are expected to be available only in the United States by the end of calendar year 2022, a four-fold increase from the end of model year 2021. The growth rate is even higher in some markets, such as Europe and China.

However, the challenge facing manufacturers will be to get a return on these huge investments. Currently, only one automaker is making money on its battery electric cars, and Tesla itself is investing heavily, with new factories opening in Texas and Germany this year.

The pace of spending has accelerated rapidly, right from the start of the pandemic. General Motors CEO Mary Barra in early 2021 announced a major expansion of its program, adding new BEV models, a total of four North American battery plants, and the goal of becoming fully electric by 2035.

Ford now plans to double the capacity of its battery collection facility at the iconic Rouge manufacturing complex in Dearborn, Michigan, and will build the Blue Oval City even bigger in Memphis, with three new battery systems giving it the ability to power more than 1 million BEVs.

Volkswagen has repeatedly raised its spending target, which now stands at around 110 billion dollars, becoming the world leader in terms of investments. But even companies that have been reluctant to bring all-electric models to market are responding to competitive pressures. Toyota now plans to spend more than $ 15 billion, with 13 BEVs, as well as a wide range of plug-in and conventional hybrids expected to market by 2030.

“Once some manufacturers announced EV programs, everyone else had to announce theirs or be seen as left behind.” Brian Maxim, head of global powertrain forecasting at AutoForecast Solutions, told Reuters.

Accurate numbers are hard to find

The exact total of the sector’s spending plans is a matter of debate and there are many assumptions. In June, Alix Partners put the total at around $ 330 billion. But a new Reuters study goes much further, to about $ 515 billion by the end of the decade. The DetroitBureau.com estimate itself was in that range, although the Reuters study offers a more comprehensive breakdown across the industry.

The list includes a number of regional startups and manufacturers, some with broad global aspirations. Vietnamese startup VinFast will unveil, for example, two new all-electric models next week at the Los Angeles Auto Show, both slated for sale in the United States and other key markets.

The question many analysts – and industry planners – are asking is whether the industry can get reasonable returns on all this capital. Until recently, the industry was very skeptical. At one point, former Fiat Chrysler CEO Sergio Marchionne asked buyers not to buy the battery-powered Fiat 500e because the company lost thousands of dollars on each sold.

But the economy appears to be changing at a time when demand is on the rise. The United States has seen BEV sales double during the first half of 2021, with demand continuing to grow. The year is expected to see all-electric models alone account for 3% of new vehicle sales, up from less than 1% in 2018. In the UK, BEVs surpassed 15% of the market in September. That month, British motorists bought nearly the same number of fully electric vehicles as they did in all of 2019.

The new strict rules provide a carrot and a stick. Manufacturers face stringent new emissions and fuel economy mandates, with Britain, Canada and Norway among the countries that have decided to ban internal combustion engines. California is one of many states that are planning similar moves. But potential buyers can also benefit from sales and tax incentives. The United States Congress may soon increase fallout from the current $ 7,500 to $ 12,500.

For the moment, Tesla is the only company making a profit by building battery electric vehicles. But, with production costs expected to fall, other automakers are becoming more optimistic. Last month Barra, CEO of GM, predicted that GM will double revenues this decade and increase margins between 12% and 14% by switching to electric.

Whether the figure quoted by Reuters will prove accurate remains to be seen. There may be reasons why some manufacturers reduce their spending plans. But most analysts believe the trend will be to increase spending further, especially as sales of battery-powered vehicles continue to grow and more products begin to generate profits.