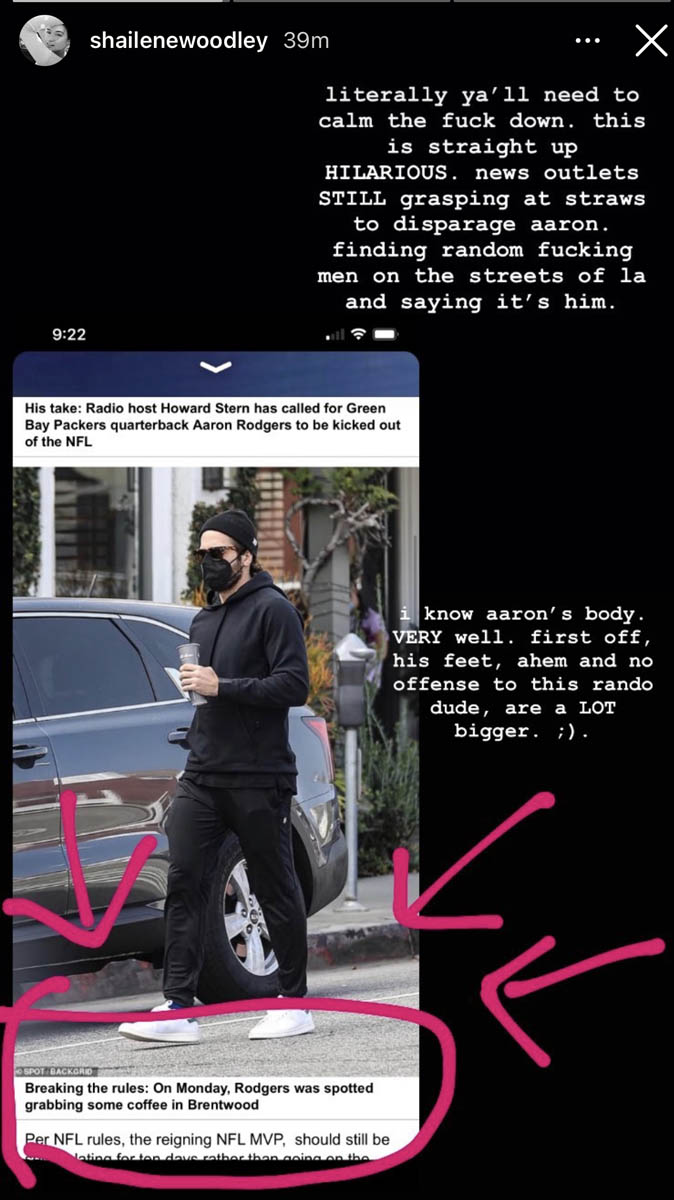 It’s not enough to be a multibillionaire: Bezos wants to play with the Wolf Pack (formerly known as Pussy Posse). OK, here’s an idea: what if Leonardo DiCaprio sold him a seat the same way Jeff sells seats on his little rockets to the clouds. A $ 5 billion donation to the World Food Program earns him a VIP night at 1Oak (with appearances from Tobey Maguire and Lukas Haas).

Leo, come here, I want to show you something … @LeoDiCaprio https://t.co/Gt2v9JZTNz pic.twitter.com/KqGLB839NI

Ed Sheeran was on a radio show and he was asked about Pete Davidson and Kim Kardashian and he said, “” I feel like people’s privacy is called private for a reason, “he said.” Why do we care? It’s their life. “Ah yes, that’s why the Kardashians are famous: discretion and privacy.

Thinking about how I can post this photo of Olivia Rodrigo as Michelle Pfeiffer in Scarface a week after Halloween. Can I blame the time change?

The Victoria’s Secret rebrand was not a smash hit but not a flop either (read more about the numbers here). Her corporate pockets are still deep enough to book a significant model like Hailey Bieber. I suspect the brand will eventually abandon its timid attempt at inclusive sizing and branding and return to the Angels. In a couple of years, people will miss those tacky shows.

Aaron Rodgers is apparently “Very unhappy” about the vaccine backlash and I didn’t expect it. But wait, he’s an anti-cancellation culture crusader and not a herd, so why does he care if the public disagrees with him? Shouldn’t he be pleased with his 500-page power point presentation of his research he gave to the NFL? Are you trying to tell me that someone who has always dated famous women is deeply involved in their popularity and what people think of them? well I never would have said!

Shailene Woodley isn’t exactly a cool cucumber either – she’s defending him from photos of him having coffee. I love the way he tells people to “calm the fuck down” while he’s having an Instagram Stories crash.