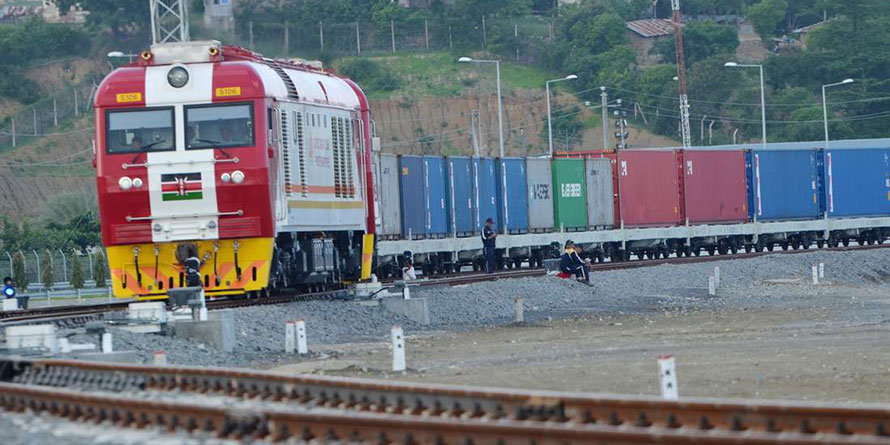 The Chinese standard gauge railway (SGR) operator has demanded billions of shillings in unpaid bills before delivering it in full to Kenya.

Africa Star Railway Operation Company Ltd (Afristar), the Chinese company contracted to operate the train service, has included the settlement of its debts as a condition before fully transferring SGR’s operations to Kenya in May next year.

Last year, Parliament revealed that Kenya had not paid Sh38 billion to Afristar, which is majority owned by China Road and Bridge Corporation (CRBC) and was hired in May 2017 to operate passenger and freight trains on the SGR.

“Negotiations between KRC and Afristar started in 2019 and an agreement was reached that KRC (Kenya Railways Corporation) takes over obviously with some conditions, including settlement of any outstanding payments,” said KRC President Omudho. Awitta, to the Business Daily.

The billions of shillings in outstanding bills are in addition to the Sh420 billion that Kenya borrowed to build the modern line from Mombasa to Nairobi and for the purchase of engines and coaches.

The line, which began operating in 2017, was later linked with another new route, costing $ 1.5 billion (Sh162.9 billion) and also financed with Chinese loans, to Naivasha.

Afristar has been managing the ticketing system, cargo landing and unloading, and the collection of passenger fares, including non-cash receipts such as M-Pesa, under the 2017 agreement.

Kenya, starting in March, began a gradual acquisition of the SGR operations of the Chinese company.

It took over the ticketing, security and fueling functions on the SGR passenger and freight trains as part of an agreement to fully execute operations on the track by May next year.

Before May, Kenya will have to settle the billions of shillings in unpaid bills or restructure the liability into debt to be paid over a longer period.

The pressure to liquidate Afristar’s quotas comes as the Covid-19 pandemic affected Kenyan government revenues and limited access to commercial loan markets, forcing the country to turn to the World Bank and the International Monetary Fund. (IMF) to obtain direct budget financing.

Kenya had stayed away from direct budget funding from institutions such as the IMF and the World Bank during the administration of former President Mwai Kibaki, who preferred project support.

Now, the cash flow situation that is marked by flat income and a worsening of debt service obligations has forced the country to return to these loans, which have conditions. The economy has been recovering after it likely posted a slight 0.1 percent contraction in 2020, the IMF said.

The IMF forecast a sharp swing towards growth of 7.6 percent in 2021 and 5.7 percent in 2022, but said that Kenya continued to face challenges to return to durable growth and that its previous progress in reducing the poverty had been reversed.

Kenya has already requested an extension of public loan repayment relief under the G20 debt suspension initiative until December from the initial June deadline. The cost of operating the SGR has been a concern, and data from the Transport Ministry shows that taxpayers spend an average of Sh1 billion per month on the Mombasa-Nairobi railway operations alone.

But the cost could rise up to Sh1.8 billion due to variables such as the price of lubricants and fuel, loading and unloading fees, maintenance fees, and other management fees.

Afristar’s revenue collection has lagged behind expenses, exposing taxpayers to a huge bill to maintain operations.

For example, in the three years to May 2020, the SGR recorded a combined operating loss of Sh21.68 billion, having obtained net income of Sh25.03 billion during the period against operating costs totaling Sh46.71 thousand millions, a gap that taxpayers must fill. .

SGR’s operating agreement requires the government to pay a monthly fixed service payment, which is made quarterly in advance at a rate of $ 28.8 million (Sh3.12 billion).

In addition to operating fees, Kenya is obliged to repay the Sh324 billion it borrowed for the project from the Exim Bank of China in May 2014 and began to pay back last year after the expiration of the grace period of five years.

Last year, Parliament recommended that the SGR’s operating costs be cut in half and that the terms of the loan to finance its construction be renegotiated to ease pressure on taxpayers.