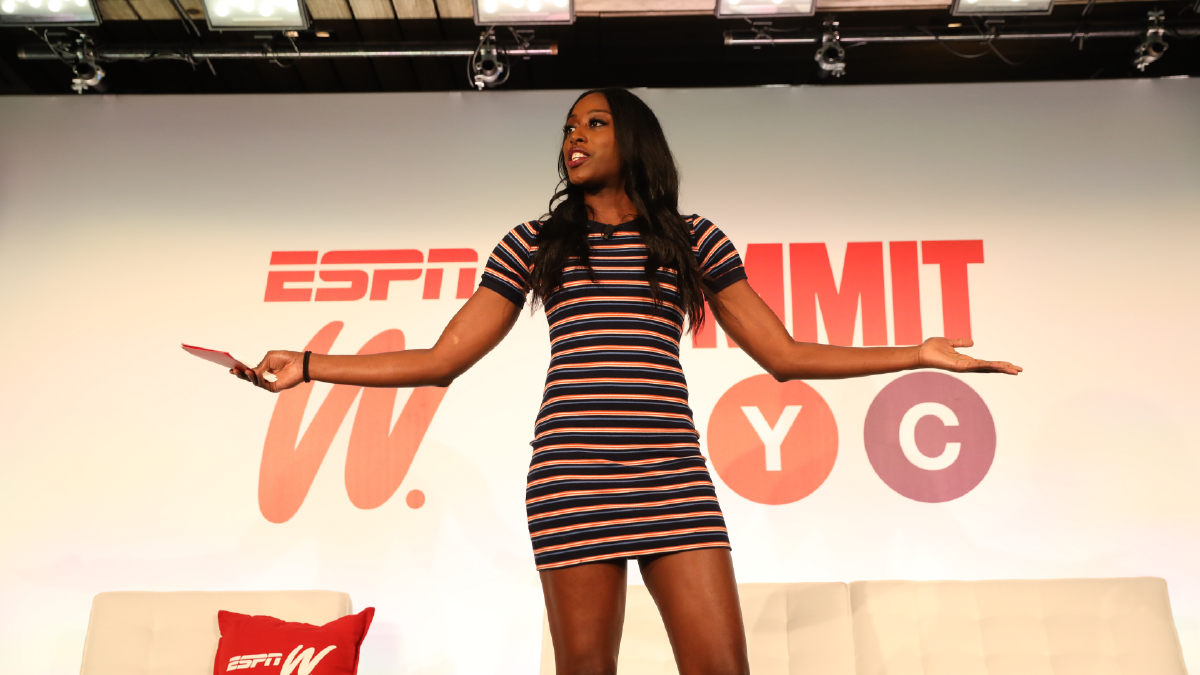 With the Summer Olympics beginning today, Secret Deodorant has partnered with WNBA star and media star Chiney Ogwumike to detail the importance of representation and support for women’s sports.

Girls are currently dropping out of sports at twice the rate of boys due to lack of funds and underrepresentation. In response, Secret has developed the “Just #WatchMe” campaign to empower young women and athletes by placing them on murals leading up to the Olympics, encouraging the audience to support them.

“Representation really matters and working with Secret they are great teammates because they understand the realities young women go through,” Ogwumike told The Source. “Questioning yourself, always being compared to guys. And now we are at a point in society where we are celebrating women, owning their own spaces. And sport is a great example of that competition and it translates to the top ranks. Especially in our country.

“I think being able to work with Secret and show representation, whether it’s to raise money for the women’s sports foundation or to showcase the athletes, is really cool because girls need to see that there are women who were like them who attended. through the same challenges and they are still here and they have yet to overcome their situations. We want everyone to win and it takes a team effort, especially when it comes to women in sport. “

Ogwumike will be on the lookout for women’s basketball matchups. In addition to supporting female athletes around the world, Ogwumike will support her younger sister, Erica Ogwumike, who is currently in Tokyo representing the nation of Nigeria. On Instagram, Erica shared a picture of their arrival with the hashtag #ForMySisters. Ogwumike and Nigeria’s first meeting will be against the mighty US basketball team full of stars and WNBA legends.

“Our family is about seizing the day and maximizing opportunities and no matter who is in front of us, we are going to compete at the highest level,” says Chiney Ogwumike of the showdown.

Most notable in the face of the global sporting event is the threat of the coronavirus, yet Ogwumike feels that all athletes will be ready, evident by how the WNBA women prepared for this current season.

“We had a season in a bubble and we are having a season right now in the WNBA with multiple protocols. I think athletes have adapted to the reality of the world. If there is an opportunity for us to be Olympians, I think all athletes will seize that opportunity. “