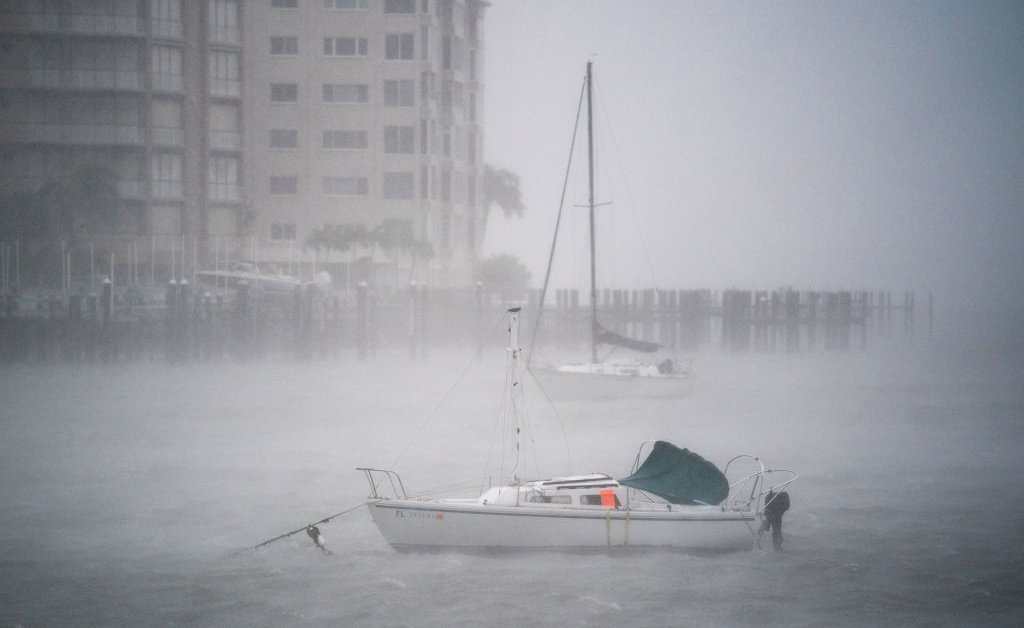 Climate change added at least 10% more rain to Hurricane Ian, a study prepared in the immediate aftermath of the storm shows.

Thursday’s research, which is not peer-reviewed, compared peak rainfall rates during the actual storm to about 20 different computer scenarios from a model with the characteristics of Hurricane Ian slamming into the Sunshine State in a world without human-caused climate change.

“The actual storm was 10% wetter than the storm it might have been,” said Michael Wehner, a climate scientist at Lawrence Berkeley National Laboratory, who co-authored the study.

Forecasters predicted that Ian will have dropped up to two feet (61 centimeters) of rain in parts of Florida by the time it stops.

Wehner and Kevin Reed, atmospheric scientists at Stony Brook University, published a study in nature communications looking at the 2020 hurricanes earlier this year, it found that during their wettest three-hour periods they had more than 10% of the weather than in a world without heat-trapping greenhouse gases. Wehner and Reed applied the same scientifically accepted attribution technique to Hurricane Ian.

An old rule of physics is that for every additional degree Celsius (1.8 degrees Fahrenheit) of heat, the air in the atmosphere can contain 7% more water. This week the Gulf of Mexico was 0.8 degrees warmer than normal, which should have meant 5% more rain. The reality turned out to be even worse. The flash study found that the hurricane dropped twice as much: 10% more rain.

Ten percent may not sound like much, but 10% of 20 inches is two inches, which is a lot of rain, especially on top of the 20 inches that have already fallen, Reed said.

Other studies have seen the same feedback mechanisms of stronger storms in warmer climates, said atmospheric scientist Gabriel Vecchi of Princeton University, whose scientist was not part of the study.

Read more: This is where all the strongest hurricanes have hit the US in the last 50 years

MIT hurricane researcher Kerry Emanuel said that, in general, a warmer world makes storms wetter. But he said he is uncomfortable drawing conclusions about individual storms.

“This business on top of very, very heavy rains is something we expected to see because of climate change,” he said. “We will see more storms like Ian.”

Princeton’s Vecchi said in an email that if the world is going to recover from disasters, “we need to plan for wetter storms in the future, as global warming is not going to go away.”

Associated Press climate and environment coverage is supported by several private foundations. See more about the AP climate initiative here. The AP is solely responsible for all content.

How the Yankees’ Ron Blomberg saved Rosh Hashanah in 1971

It was the bottom of the ninth inning and I was at the height of the turmoil."Why did I do this?" I advise...
Read more

How to attract and retain the best cyber security talent

As cybercriminal tactics become more sophisticated, the need for high-impact strategies to reduce the threat to your organization is vital. With 39% of companies...
Read more

IMAGINE THIS: Trick-or-treaters wander into the night, eager for their haul of candy. The mist rolls in, slowly covering the once lit path...
Read more