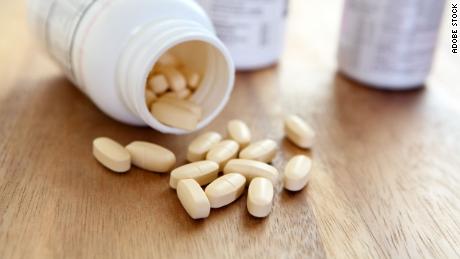 “I have to use the word ‘surprised,'” Baker said.

The researchers, from Wake Forest University School of Medicine, in collaboration with Brigham and Women’s Hospital in Boston, looked at cognitive function in older adults assigned to take a cocoa extract supplement containing flavonoids, a multivitamin or a placebo every day. for three years. No one, not even the researchers, knew who was assigned to which daily routine until the results were revealed.

“We really thought cocoa extract was going to have some benefits for cognition based on previous reports of cardiovascular benefits. So we’re expecting that big reveal in our data analysis, and it wasn’t cocoa extract that benefited the cognition, but rather the multivitamin,” Baker said. “We are excited that our findings have uncovered a new avenue of research: a simple, accessible, safe and inexpensive intervention that could have the potential to provide a layer of protection against cognitive decline.”

But she added that she and her team aren’t ready to recommend that older adults immediately add a daily multivitamin to their routine based on these results alone.

The findings, published Wednesday in Alzheimer’s and Dementia: The Journal of the Alzheimer’s Association, are not definitive and cannot be generalized to the public. More research is needed to confirm them.

“It’s too early to make these recommendations,” Baker said. “I feel like we have to do this in another studio.”

The new study included 2,262 people, ages 65 and older, who were enrolled between August 2016 and August 2017 and followed for three years. The participants completed tests over the phone annually to assess their cognitive function. They were scored on remembering stories, displaying verbal fluency and ordering digits, among other tests.

The researchers found that three years of taking the multivitamin appeared to delay cognitive aging by 1.8 years, or 60%, compared to placebo. Daily cocoa extract supplementation for three years did not affect cognitive function, the researchers wrote.

“It is well known that people with cardiovascular risk factors may have lower levels of vitamins and minerals in their blood. So supplementing those vitamins and minerals may improve cardiovascular health and, by virtue of that, improve cognitive health.” , and we know there’s a strong connection between cardiovascular health and brain health,” said Dr. Keith Vossel, professor of neurology and director of the Mary S. Easton Center for Alzheimer’s Research and Care at the University of California, Los Angeles.

Thanks to this connection between cardiovascular and brain health, taking steps to prevent cardiovascular disease or other chronic diseases, such as maintaining a healthy diet and exercising, can also benefit the brain, said Vossel, who was not involved in the new study.

“If we can really eliminate or really prevent chronic disease, we might be able to prevent dementia,” he said. “Barely Up to 40% of dementia could be prevented simply with better preventive measures throughout life.
The specific factors driving this link between a multivitamin and cognitive function are unclear and require more research, but Baker and her team believe the findings may be related to how multivitamins may benefit people who may lack micronutrients such as vitamin C, vitamin E, magnesium or zinc.

“With age, the situation can get worse. Many of our older adults do not have adequate nutrition for various reasons,” Baker said.

‘We’ve been down this road a bit before’

Other studies have had mixed results on the association between certain vitamins and supplements and dementia risk, Vossel said.

“We’ve been down this road a little bit before with vitamins and dementia research. For many years, dementia specialists recommended vitamin E based on some promising early results with vitamin E and cognition, and especially those with Alzheimer’s disease. But then, the results have been mixed ever since,” Vossel said.

Older adults should talk to their primary care doctor before starting a vitamin or supplement routine, she added.

“Supplements are generally safe, but they need to be carefully monitored, especially for those with memory loss, because overdosing on vitamins can be very dangerous,” Vossel said. “Even overdosing on vitamin E or taking high levels of vitamin E can increase your risk of bleeding. These are just a few considerations.”

“Certainly there is follow-up work that we need to see happen, particularly independent confirmation in studies being done in larger and more diverse populations, but this is discouraging,” he said. “More research is needed to understand what might be in the multivitamin that might have a benefit.”

Traditional custodians fighting to protect ancient rock art on the Burrup Peninsula have raised concerns that construction work has begun at several sites despite...
Read more