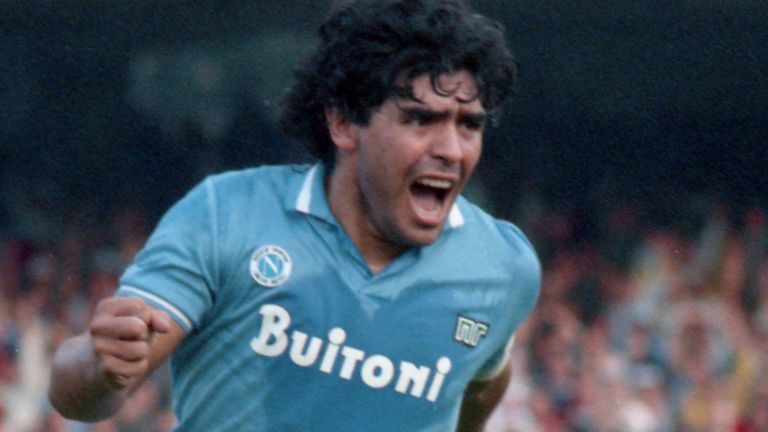 Napoli will celebrate the life of Diego Maradona with a shirt specially designed to be worn by the players in the three Serie A matches of the team that will be played in November.

Maradona passed away on November 25 last year at the age of 60 with the Argentine legend who joined Napoli from Barcelona in 1984 and forged a strong bond with the Italian club and its fans during his seven years in Naples.

He also led the team to their only two Serie A titles, in 1987 and 1990, along with the Coppa Italia and the UEFA Cup.

The celebratory jersey, called Maradona Game, will be worn in the matches against Verona (Sunday 7 November), Inter (21) and Lazio (28 November).

It features an image of Maradona superimposed on a large fingerprint, which represents the club’s desire to pass on the player’s legacy to the younger generations of Napoli fans.

The limited edition jersey will be available in three different colors, a 1926 production per model with that same number as a tribute to the club’s founding year.

A portion of the proceeds from the sales will go to charities selected by the club.

The time of Maradona in Naples remembered

Diego Maradona’s period at Napoli is the stuff of legend, but Asif Kapadia’s documentary has reached the heart of the story.

Diego Maradona: In the pictures

From his days at Boca Juniors, Naples and the various World Cups, relive some extraordinary images of a truly extraordinary career.