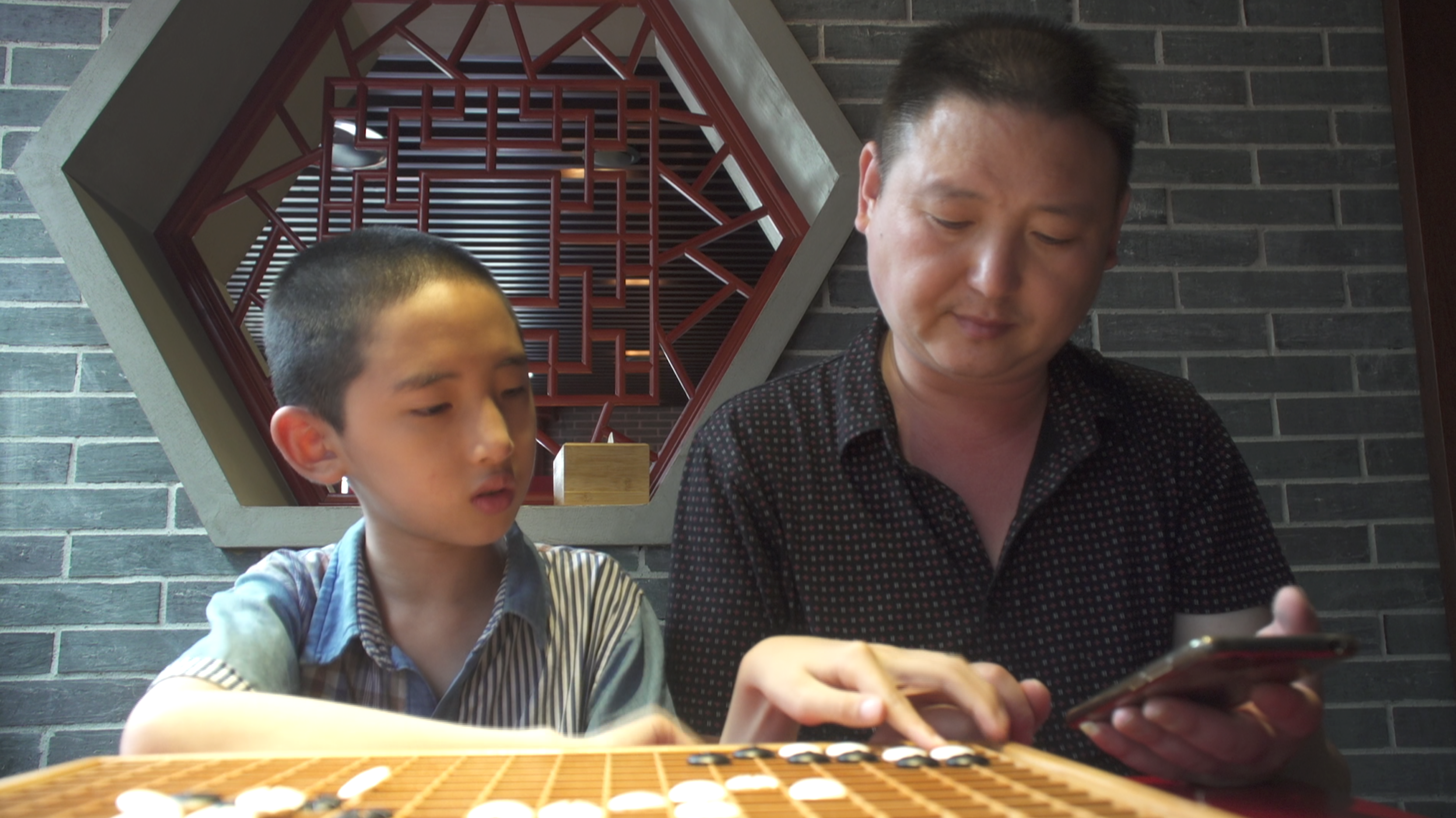 Yunhong Pu is a director, editor, cinematographer and producer based in New York City. Born and raised in China, she received her MFA in Social Documentary Film from SVA in 2019. “Go Through the Dark” is her first feature-length documentary.

“Go through the dark“The screening begins at the DOC NYC Film Festival 2021 on November 13. The festival runs from November 10 to 28.

YP: “Go Through the Dark” describes the challenges of a blind 11-year-old boy and his father, who depend on each other. The boy’s blindness, family background and society prevent them from pursuing their dream of making the boy a professional Go player. [The film explores] the tough decisions they have to make to pursue their dream.

YP: When I first heard of Guanglin, he was already known in the Chinese Go community as a blind Go player. People knew there was a blind kid Go player, but they didn’t know the problems he faced. His difficulties were not only his blindness, but also the lack of social structures and some extremely challenging choices.

Seeing a blind child chasing a dream is a very inspiring story, but at the same time it is also an in-depth exploration of human nature. I hope that through this film, society can provide more help and opportunities to disabled people so that they also have the right and opportunities to pursue their dreams.

Of course, I also hope that more people know the story of Guanglin and his father and are moved and inspired by their stories, like me.

YP: I hope that people around the world see how difficult life is for people with disabilities. A little attention from us will change their life a lot.

And I want people to feel conflicted – I know some of them have feelings for the characters they’ve started to hate. Human nature is complicated. Furthermore, the expression of love is not always unique and pure.

YP: My main character is a blind boy. He has no idea what cameras are and what filming is. [Due to] his blindness, he is very taciturn, and he is used to hiding his emotions. Although he couldn’t see the camera, he always knew where the camera was, so he would avoid the camera. I spent a lot of time with him, [allowing him to begin to] trust me and familiarize yourself with the camera.

YP: I self-financed the initial trip to China, as well as the production. And since this film is my thesis film for my MFA, I took the scholarship.

YP: When I was in junior high, my cousin fell ill with leukemia, a mysterious disease that was barely known at the time and that society paid attention to. There have also been rumors that donating bone marrow to leukemia patients could severely damage donor health. However, my cousin’s case was fortunately reported on television in my hometown. Hence the report [confirmed] that the bone marrow transplant would not harm the donor at all. My cousin received deep sympathy from many citizens and fortunately he also found a volunteer to do the surgery. This was the first time I realized the power of a camera.

When I was a freshman, I met a group of parents who raised money for their children diagnosed with leukemia. To convey goodwill, I made my first documentary for these guys. After passing their stories on to the company, I decided to become a director. I want to offer the most moving stories in the world.

YP: There is one piece of advice on advice: “It might be confusing at first, especially if you hear conflicting opinions.” My advice is to try to detach your emotions. It is natural when receiving feedback to have a wave of self-criticism, regret for the things you wish you had done differently, insecurity, and all kinds of doubts about yourself. Everyone feels these things, whether they are beginners or veterans.

Let the feedback conversations flow because you never know what ideas they will spark. Sure, some of that flow you will discard, but you have to keep the flow to get to the advice you want to keep. “I always remember it. I think it’s beneficial for my whole life and helped me deal with bad advice,” [allowing it] to be useful.

YP: If you feel strongly that you have a story to tell, be brave and follow it. It’s not about gender. When we start working, we are not men or women, we are just directors. All we have to do is show our talent, express our feelings, tell our stories and show our opinion.

YP: The quarantined life of the COVID-19 pandemic prompted me to focus on post-production on my film. Although I have missed my previous life as much as everyone else, I have focused on my film in its editing phase; In that situation I was obedient to the cinema.

YP: Sociologists have found that prejudices collapse when people of various ethnic groups increase contact. Documentary makers can break [down prejudices] offering multiple stories from different backgrounds and people of different colors. As a result, they can help the world better understand people of color and eliminate their negative stereotypes.

At the same time, documentaries can also use the new content of these mass media to allow the world to learn at will. They will bring different perspectives into the cultural context. Initially, the film industry will be a voice for people of color for those of color who can use it to showcase their talents and speak for themselves.