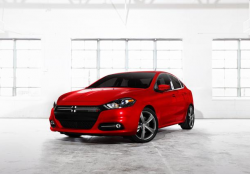 11 October 2021 – A Dodge Dart clutch recall should have been issued a long time ago for cars equipped with a Fiat C635 manual gearbox built before 12 November 2014.

According to the class action, the 2013-2015 Dodge Darts are equipped with clutch pedals that fall to the floorboards and remain on the floors, preventing drivers from changing gears.

The original cause was filed by two Dodge Dart owners in 2016 to include cars nationwide, but the current class action calls for:

“Anyone who has purchased or rented a new class vehicle from an authorized dealer in California primarily for personal, family or household purposes.”

According to the only remaining plaintiff who sued, Fiat Chrysler knew about clutch problems because the automaker was issuing technical service bulletins and creating customer satisfaction programs for Dart owners.

The automaker says a Dodge Dart extended warranty has been created because contaminated hydraulic fluid could cause the clutch reservoir hoses to fail.

Dodge Dart owners were also offered refunds if the clutches were replaced and the dealers would also replace the hydraulic clutch master cylinders and reservoir hoses for the 2013-2015 Dodge Darts.

In June 2018, the judge denied certifying the case as a class action based on a separate ruling involving Nissan, titled Nguyen v. Nissan. But in July 2019, the Ninth Circuit overturned the district court’s denial of class certification in Nguyen and postponed the case for further prosecution.

Based on the reasoning of the Ninth Circuit in Nguyen, in October 2019, the judge upheld plaintiff Dodge Dart’s renewed motion for class action certification.

The judge denied Chrysler’s motion to decertify the class action in May 2020, so the automaker filed for permission to appeal the ruling.

However, on August 31, 2020, the Ninth Circuit denied Fiat Chrysler’s petition for authorization to appeal.

Chrysler filed a motion to review the court order denying the decertification motion in November 2020, a request from the judge denied in February 2021.

But in July 2021, Chrysler filed another motion to decertify the class action based on two recent Supreme Court rulings.

In short, the automaker claims that evidence shows that more than 80 percent of California Dodge Dart class members have not suffered any harm in this case, meaning the class action must be decertified.

However, the judge once again denied Chrysler’s motion to decertify the California class of owners of the 2013-2015 Dodge Dart.

The plaintiffs are represented by the Capstone Law APC.