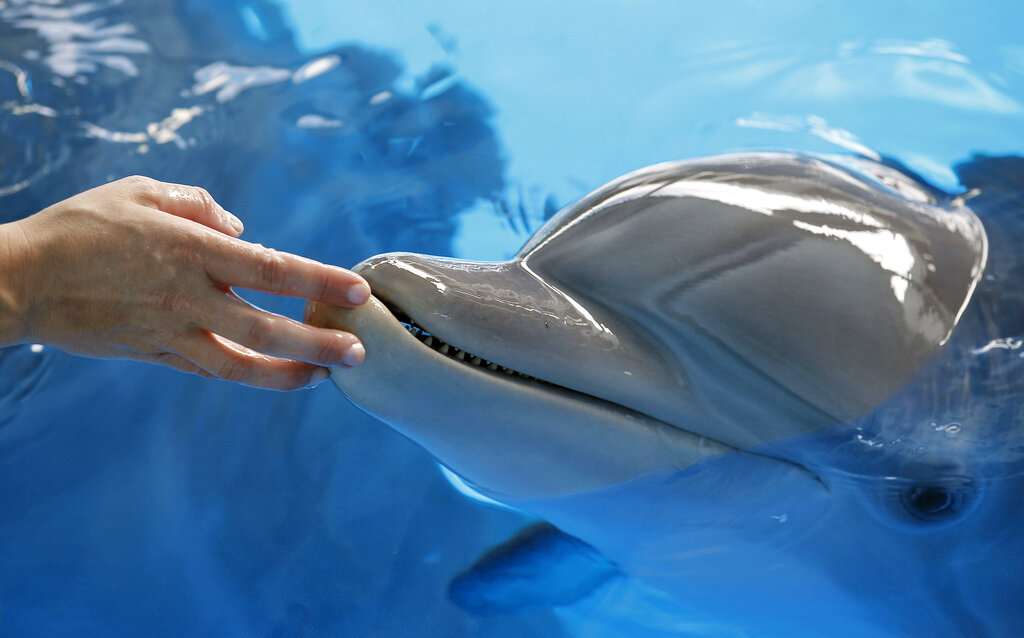 The star of The tale of the dolphin, Winter the dolphin, died of an illness. Tests earlier this week showed he was battling a gastrointestinal infection that got worse, according to the Clearwater Marine Aquarium. The bottle-nosed dolphin died on Thursday.

Winter, 16, was preparing for a procedure when her vital signs and behavior declined, the Florida Aquarium wrote on its website. She died around 8pm surrounded by her keepers.

“While we are heartbroken by Winter’s death, we are comforted to know that our team has done everything possible to give her the best chance of survival. We have worked with marine mammal specialists and experts from around the country to provide you with the best care available, “Dr. Shelly Marquardt said in the statement.

The dolphin was first noticed in distress on November 1st. She showed little interest in eating and her symptoms intensified despite treatment.

Winter starred in the 2011 film The tale of the dolphin and the 2014 film The Dolphin’s Tale 2 with Harry Connick Jr., Ashley Judd and Morgan Freeman.

After being caught in a crab trap in 2005, the dolphin lost its tail and was given a prosthesis in its place.

“Many are inspired by its resilience and this amazing response reminds us how profoundly it has impacted millions of people, including so many on their own health journey,” Aquarius said in a news release.

The aquarium will be closed to the public on Friday to allow for staff mourning. It will reopen on Saturday and plans for a memorial will be announced soon, the aquarium said.

“The CMA team expresses our deepest gratitude to the thousands of people from all over the world who have sent thoughtful messages for the winter,” Aquarium said Thursday. “It has truly inspired hope and has been loved by millions of people around the world.”