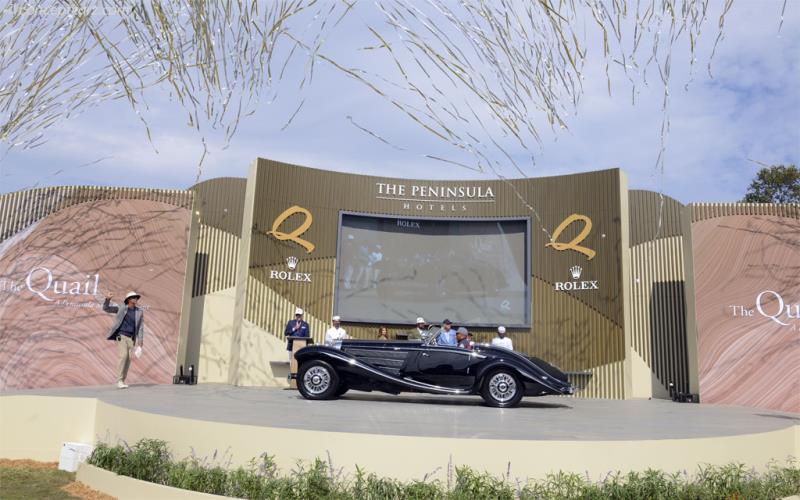 Among the most stylish vehicles at The Quail, A Motorsport Gathering this year – in our opinion – were the 1931 Duesenberg Model J, a Horch 853 and the Mercedes-Benz 540K. 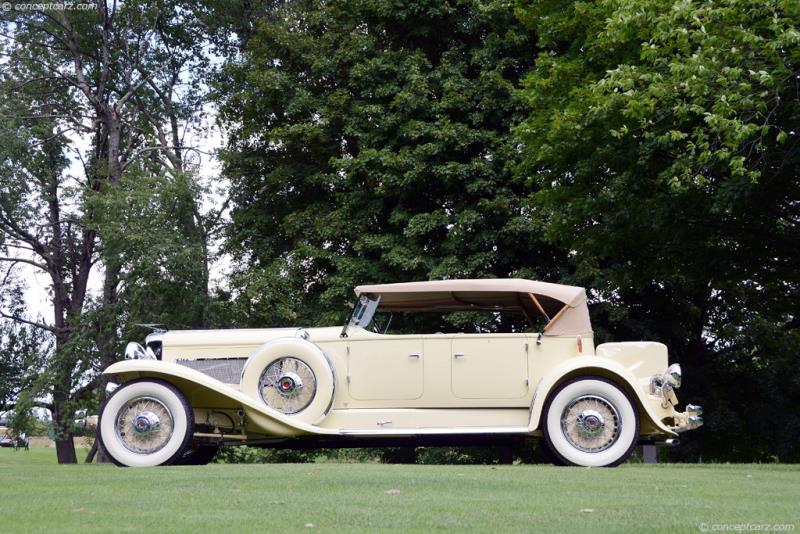 The Model J was the most powerful production vehicle of its time and, in the supercharged version, developed over 300 horsepower. The V-16-engined Cadillac model had twice as many cylinders as the eight-cylinder J model, but produced less power (175hp versus 265hp for the 420-cubic-inch straight-eight). It wasn’t until 1955 that another North American manufacturer would offer a production vehicle with similar power ratings – the Hemi-powered Chryslser C-300 with 300 horsepower. The mechanical sophistication of the Duesenberg was matched by her size and elegance, dressed in graceful bodies supplied by the best coachbuilders of the time. The example on display at The Quail, chassis number 2646 (J-448), was a Derham Tourster body. It is one of the few to keep the original body, chassis, engine and other major components. The 420 cubic inch “Straight Eight” engine delivered 265 horsepower in naturally aspirated form with double overhead cams and four valves per cylinder. It has SC-spec external tailpipes that provide a vintage feel and performance is enhanced by a fold-down exhaust system by pressing a lever on the floor. The exhaust system was a rare option; Avoid the exhaust system and redirect the airflow through a three-inch open pipe. 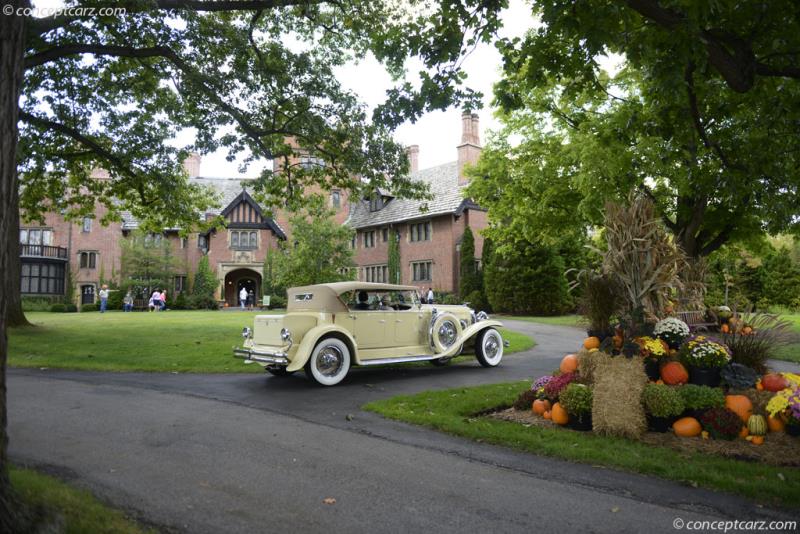 Only eight examples received the Derham Tourster bodywork designed by Gordon Buehrig. Design cues include a roll-up rear windshield that can be swiveled from inside the front seat backrest. The elimination of the rear side air intakes and the rear hood made it easier for passengers to get in and out. Following a complete restoration, the Tourster was awarded Best of Show at the Concours d’Elegance of America in 2013, best in class at Amelia Island and Pebble Beach Concours in 2012, where it was nominated for Best Show. 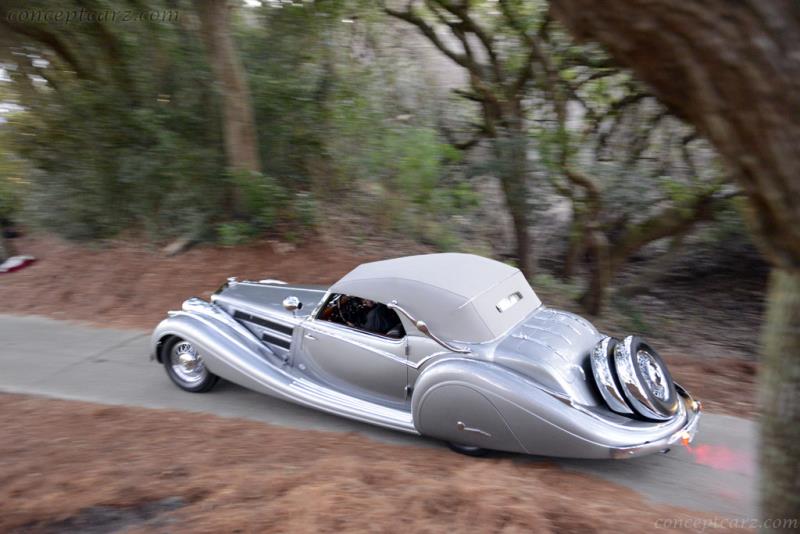 Horch and Mercedes-Benz rested side by side on the show floor, an appropriate arrangement for these two spectacular vehicles. Horch, named after its founder August Horch, had always been known for its quality and innovation, but its reputation would be heavily questioned when Mercedes-Benz unveiled its new 540K. Immediately, Horch began designing a concept intended to compete with the new Mercedes. Carved out of wood, the Horch Special Roadster would have been made by the Malan factories. And even if the car’s chassis would start production, the cars would not be made available for sale, at least not right away. The delay would have to do with whether the engines would be supercharged or not. Eventually, the 5.0-liter in-line eight-cylinder engine remained naturally aspirated but the transmission was equipped with overdrive, which would have given it similar, but not quite the same performance as the 540K. The chassis, however, received a fully independent De Dion rear suspension placed on Porsche-designed double-jointed rear axle shafts. The production examples of the “first series” closely followed the concept designs that were carved in wood. The first example would be factory built. The second example would have been designed and built by the outstanding Berlin coachbuilders, Erdmann and Rossi. 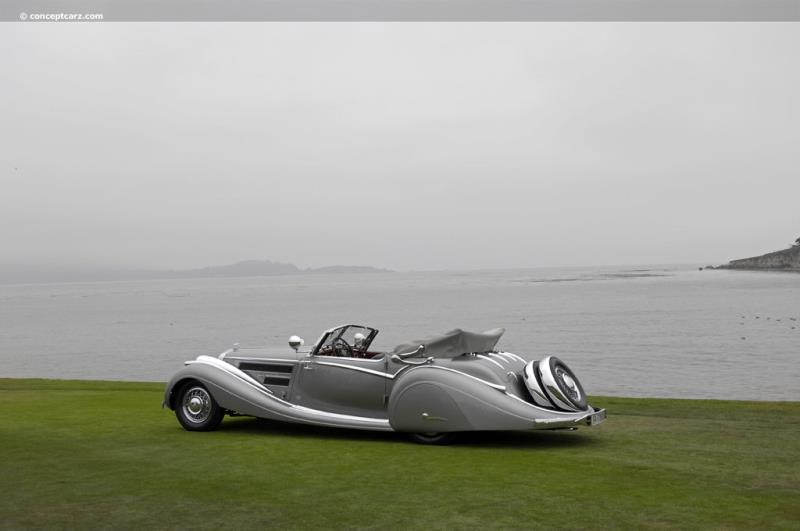 With the advent of World War II and the power of the Nazi party throughout Germany, Mercedes-Benz and Horch continued to compete for superiority, hoping to win contracts to build parade vehicles for high-ranking members of the Third Reich. Horch would have built the first example of the “Second Series” specifically for Hermann Goering, commander in chief of the German Luftwaffe. However, Mercedez would also have built a special 540K for him, outfitted with extra materials to protect the occupants inside the vehicle. Goering would go in the Mercedes and have the Horch, which had been built especially for him, taken apart. Horch would eventually build only five examples of the “Second Series” 853. The first example was the one dismantled by Goering and the last one would be lost. Therefore, only three examples of the “Second Series” remain. All five had the same “sweep panel” in the sidewalls and molded fender skirts, however, each were quite unique in their own design. 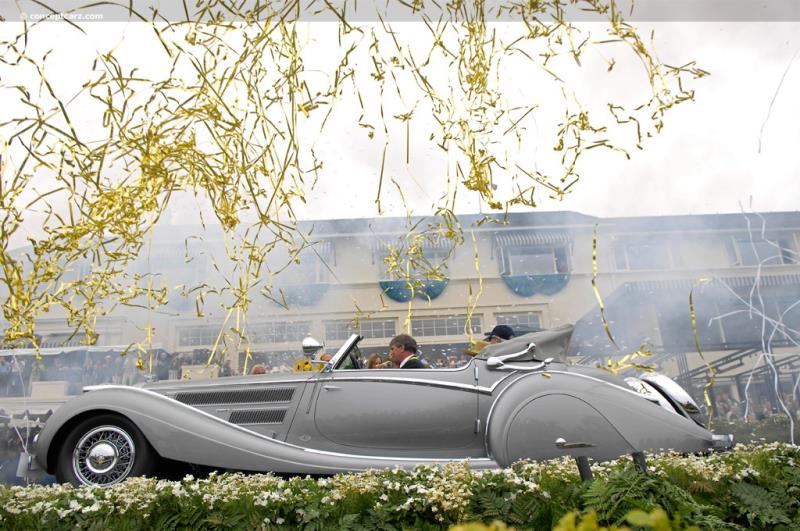 The specimen on display at The Quail is believed to be the second bodyworked specimen from Voll & Rubrbeck. They were a German bodyshop company in business for about two decades, from 1920 to 1939. Their work has graced automobiles such as Bugatti, Mercedes-Benz, Rolls-Royce and Maybach. During the Second World War, the company was destroyed by an Allied bombing and the documents were also lost.

The Horch 853 with Voll & Rubrbeck bodywork has survived and, more recently, its elegance has been observed in many high-level events. It won the Best of Show award in 2009 at the Pebble Beach Concours and the same awards in 2014 at the Amelia Island Concours. At The Quail, A Motorsport Gathering this year, he was definitely a contender for top marks. 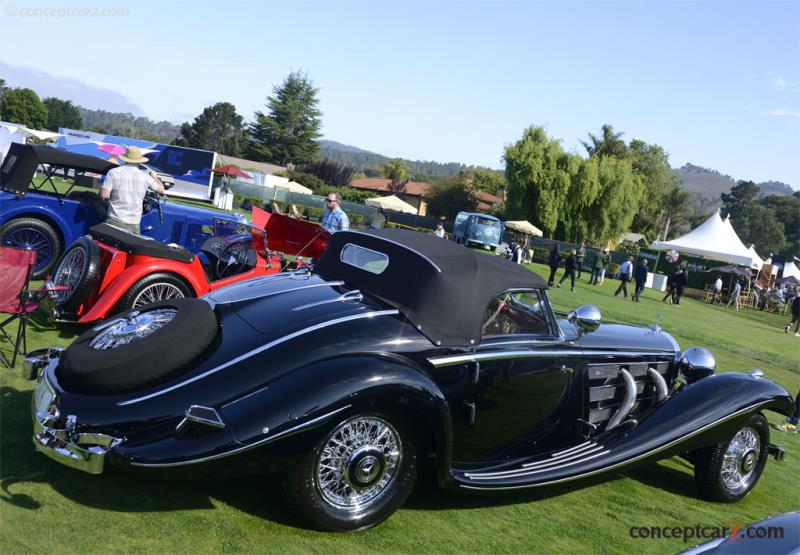 The Mercedes-Benz 540K proved its superiority over the Horch during World War II, being built in greater numbers and with far superior units. The example that received the Rolex Circle of Champions “Best of Show” at The Quail is owned by K. Heinz Keller from California who has owned the car since 1986. Mr. Keller bought the car from a private owner in Colorado and cared for the vehicle in an eight-year bottom-up restoration. Its design, engineering, refinement and presentation have made it a point of reference among the more than 200 attendees at the event.
Judging by The Quail
While traditional racing events rely on the wisdom and scrutiny of judges (experts in the automotive industries), The Quail, a Motorsports Gathering stands out for its unique judging process. The Quail attendees select the winning car in their class, as well as the esteemed Best of Show. The Quail attendees are experienced people in the world of motor vehicles, just as many are renowned car experts and collectors. Many are also experts in the style and lifestyle of luxury. The selection process for each class considers criteria of design characteristics, technical interest, careful restoration and historical significance. Both the Horch and the 540K were strikingly similar designs. Provenance and restoration certainly played a part in the decision, but perhaps the deciding factor was the 180 horsepower produced by the Mercedes versus the 120 horsepower of the Horch. Like its place in history, the Horch would play the “second fiddle” to the mighty Mercedes-Benz 540K which was selected as this year’s Best of Show. The popularity and elegance of the Mercedes-Benz 540K was further enhanced when another example won the Best of Show trophy at the Pebble Beach Concours d’Elegance a few days later.