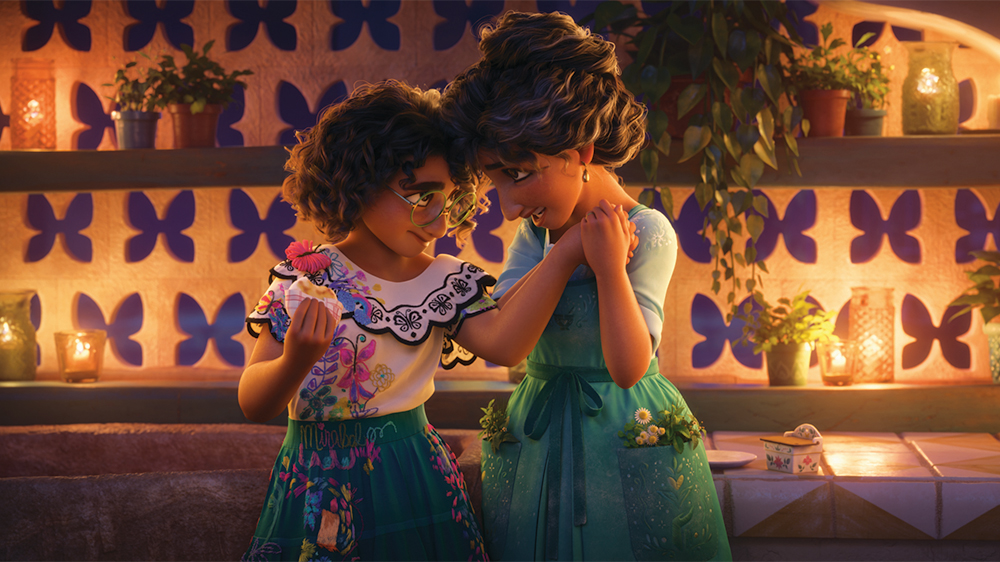 The video features a totally deaf Colombian and Hispanic cast, using both American Sign Language and Colombian Sign Language to add additional layers of authenticity to the song. The lyrics sung in English were translated into ASL and CSL by a team of sign language choreographers who worked through the text to find an accurate translation of the song for the video.

“The impact of this film on children cannot be discounted. Most deaf children are born into hearing families, and sometimes the only exposure to the community and sign language is through videos like this,” said DJ Kurs, artistic director of Deaf West, of the positive impact that they can have collaborations like these. “Working with Disney Music Group to expand access to one of their songs to the deaf and hard of hearing communities makes us extremely proud.”

The film’s original soundtrack features eight original songs by Lin-Manuel Miranda, with an original score by Academy Award-nominated composer Germaine Franco. The soundtrack ranked no. 1 on the Billboard 200 album chart for nine non-consecutive weeks and the three-times platinum-certified “We Don’t Talk About Bruno” topped the Hot 100 chart for five weeks. Also, the soundtrack and the song ranked at no. 1 position on the Billboard 200 and Hot 100 simultaneously for five consecutive weeks.

Watch the official ASL video for “We Don’t Talk About Bruno” below.

Melanie Lynskey confirms ‘surprise’ role in ‘The Last of Us’

"Yellowjackets" star Melanie Lynskey is no stranger to the fight for survival. And she looks like she's ready to do more in HBO's...
Read more
GAMING

Ready to travel again? This is your chance to spice up your travel wish list.the Marriott Bonvoy Boundless® Credit Card threw the Unlimited...
Read more