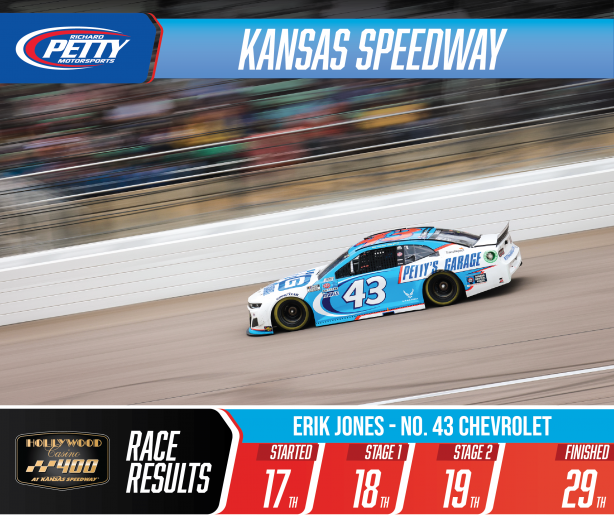 The line-up for the 267-lap event was determined using the NASCAR competition-based formula, which takes into account the final positions of the previous race (weighted 25% owner and 25% driver, 12th place, Texas), ranking in owner of the team points (35%, 24th place) and the fastest lap of the previous race (15%, lap 17). Jones started at Kansas Speedway from 17th place in row 9.

“It was a difficult day for No. 43 Petty’s Garage Chevrolet Camaro ZL1 1LE team. We never had the right balance where we wanted to, and then we cut a tire that put us far behind towards the end of the race. Hopefully we can bounce back to Martinsville (Va.) Speedway next weekend. “