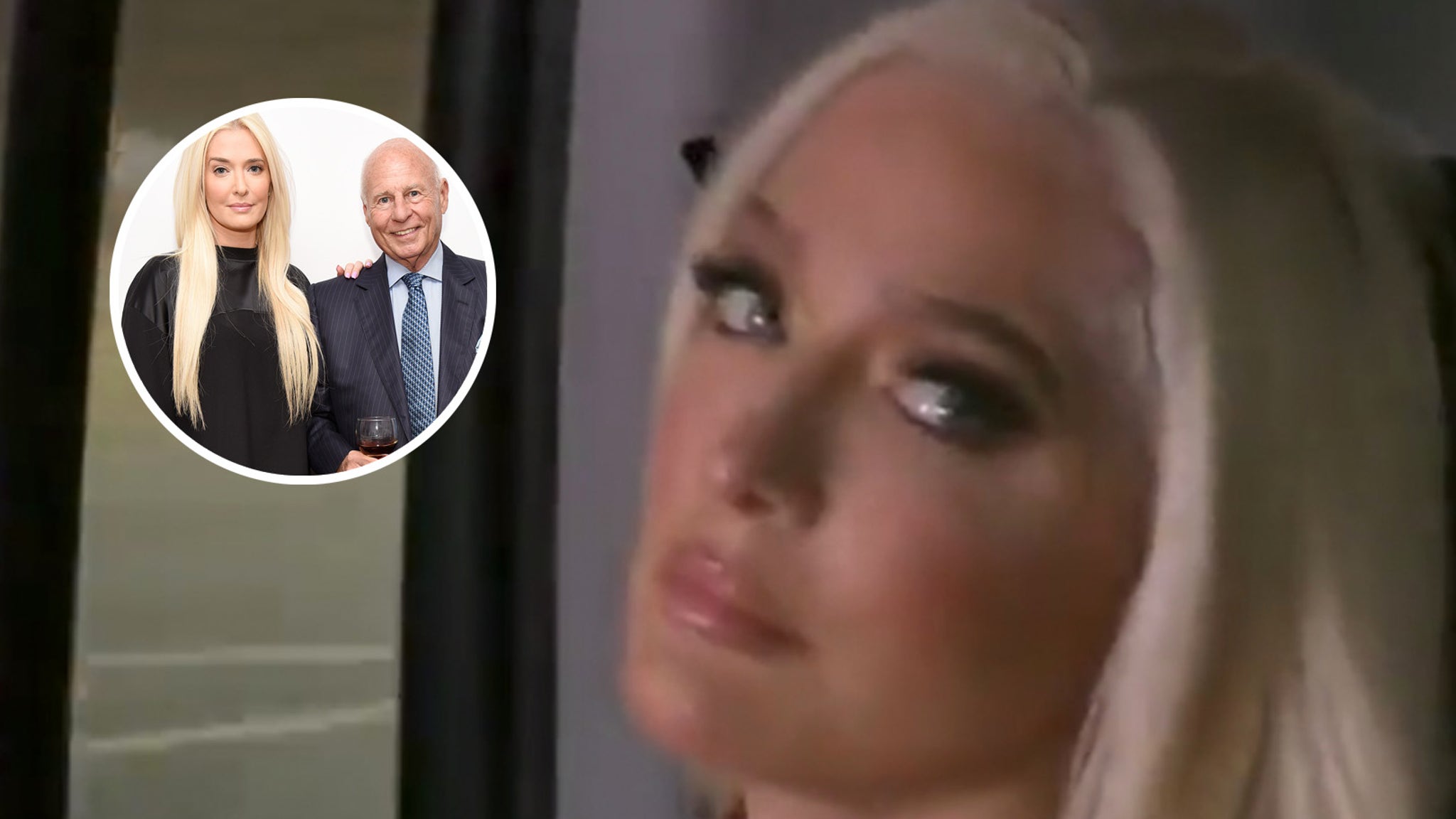 “I was going to hold that man’s hand until he died.”

She didn’t say much, but Erika Jayne finally made her first comments about her divorce from Tom Girardi on Wednesday’s new episode of “Real Housewives of Beverly Hills.”

The hour opened in half a res, with Erika on her way to a party at Sutton Stracke’s house, referring to her shocking split in a voice-over.

“There are so many layers to this divorce. It’s so fucking complicated. It’s so hard to explain,” he said. “You know, I’m sure they were very surprised and are going to have a lot of questions.”

When he stopped at Sutton Stracke’s house, the voice-over continued. “I didn’t see it end this way. I was going to hold that man’s hand until he died,” he said. The show was then shortened to three days earlier, as the rest of the episode led to that point.

While Erika didn’t say anything else about the divorce, nor did she appear at all, the other women did. At a meeting on Election Day, the same day Erika appeared, the rest of the cast spoke about the news of Girardi at Kyle Richards’ home.

“I didn’t know until she texted us. I called her instantly. She was just as shocked as all of us,” said Lisa Rinna. “Erika had us over a year ago, Tom was in a great mood, he was beyond charming. Erika enjoyed watching Tom be charming to us, there was just no sign of anything that could lead to a divorce.”

“We don’t know what’s going on behind closed doors,” added Kyle, who seemed disappointed that Erika didn’t trust them. “I know if I was going through a divorce, I would have shared it with these women. I’m not judging, I’m just thinking, God, I’m just thinking that I thought we were closer than that.”

Sutton hosted another event at her home a couple of days later, where the women spoke one more time about Erika before she arrived. When Dorit Kemsley said that Erika is the type of person who has things close to her chest and will share them when she’s ready, Kyle said that’s when you “need your girlfriends” the most.

Garcelle Beauvais wasn’t entirely convinced it was Erika’s “idea” to apply, saying it seemed like “they were on dry land” when Girardi told her about Tom during his recent trip to Lake Tahoe. She too (jokingly?) Wondered why Erika didn’t just “wait” for her 82-year-old husband … well … to die. “I feel like they’ve been married so long …” he said.

The episode ended right where it began, with Erika getting out of her truck and making a dramatic entrance at Sutton’s, before “To Be Continued” reappeared on screen.