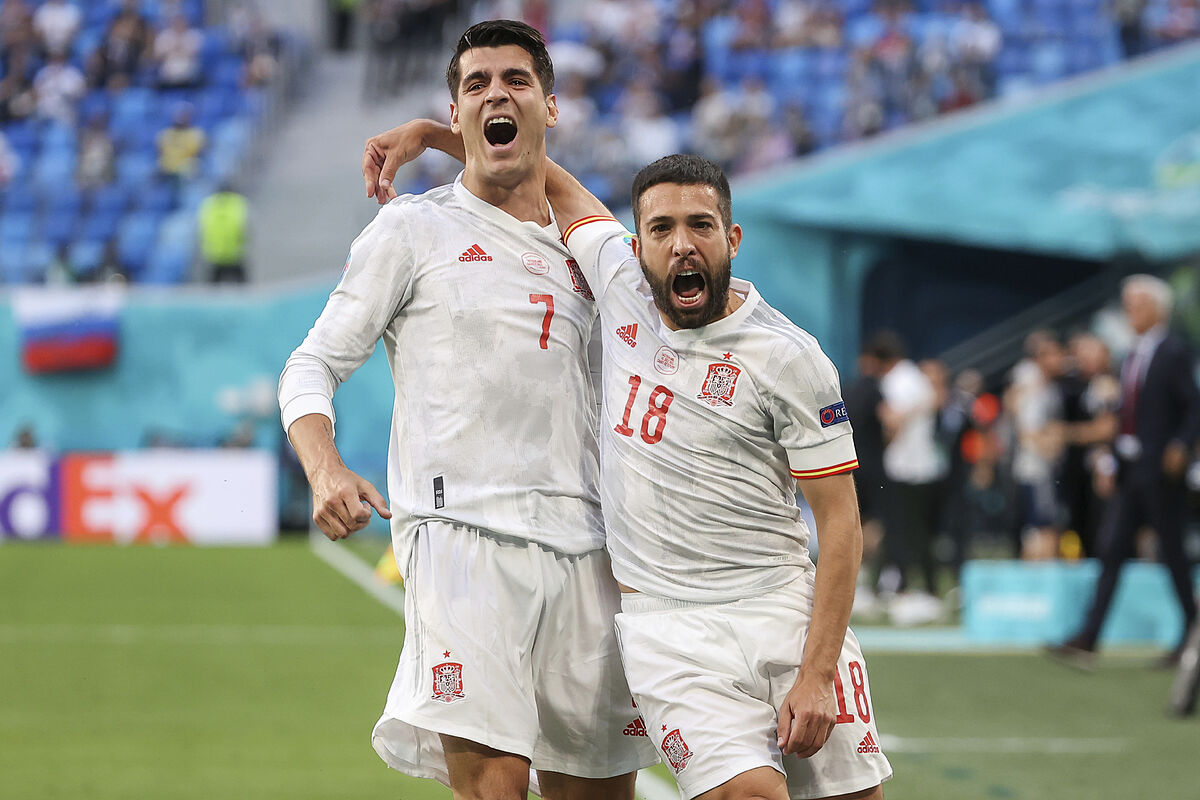 HHello everyone and welcome to this live blog of the Euro 2020 semifinal on Tuesday between Italy and Spain at Wembley. The azzurri are the light favorites to win the tie but Luis EnriqueThe team has been growing as the tournament has progressed and you will love your chances. We will cover the action from London on this blog live, as we will see who can make it to the final that will take place in the same venue.

This is the beginning of our live Italy vs Spain blog, with the entries closest to the most recent. So, follow us for all the updates and then the minute-by-minute updates.

Even overtime couldn’t separate these two sides. The first finalist of Euro 2020 will be decided by penalties!

MINUTE 111: Berardi scores … but is ruled out

Berardi beats Simon and pushes him home … but he’s clearly offside and out. Spain survives a scare.

Eric García suffers a cramp and is replaced by Pau Torres.

Moreno throws a mocking cross towards Morata, and Donnarumma’s punch falls on Marcos Llorente but Atlético’s attempt is blocked by the defenders.

A corner wreaks havoc on the Italian team. When the ball lands on Morata, his deflected shot is deflected.

There are another 30 minutes to decide this captivating semi-final, otherwise they are penalties!

END OF 90 MINUTES: We are heading to overtime

After a sensational second half, in which Chiesa put Italy ahead before Morata tied the score from the bench, there are another 30 minutes of extra time ahead.

Good move by Morata, who leaves the ball on the edge of the area to Gerard Moreno, but the Villarreal striker shoots it well over the crossbar.

A good double with Dani Olmo, Morata remains calm and passes Donnarumma with his left foot.

MINUTE 68: Simon with an important stop

The game has opened, just after Olmo fires a deflected shot, Italy almost returned to punish on the counter.

Good job from Chiesa to play in Berardi, but her low right-footed shot is stopped by Simon with his foot.

Koke makes a perfect pass to Oyarzabal but inexplicably fails to make contact and the ball goes wide. Another golden opportunity for the Real Sociedad forward that goes to waste.

A quick counterattack initiated by Donnarumma ends with Chiesa launching a beautiful punch towards the far corner of Unai Simon’s net. Unstoppable.

MINUTE 53: Action from end to end as Busquets and Chiesa get closer

Busquets has a pass from the edge of the area that flies just over the crossbar. Immediately afterwards, Italy breaks up with Chiesa by trying on Unai Simon’s gloves.

Busquets takes down Immobile as Italy looks to break through, for which the Spain captain receives a yellow card.

Spain struggles to face a ball overhead that Immobile almost punished. Lazio have an attempt from a distance but dribble wide at the end.

It was an exciting first half, with both teams playing with all their intensity. Oyarzabal rejected a golden opportunity by poorly controlling the ball in the area after a good pass from Pedri, while Italy looked particularly dangerous through Barella.

Insigne slides a pass to Emerson down the left, who fires an optimistic shot toward the near post and finds the corner of the crossbar.

A good pass from Spain ends with Alba playing a ball to Oyarzabal near the corner of the area, but the Real Sociedad forward shoots his first shot over the crossbar.

There may not have been any goals yet, but both sides have started with great intensity. Spain has pressed high, and well, fighting Italy’s attempts to play from behind. Donnarumma has lost more than one pass in dangerous areas.

The ball falls to Dani Olmo in a central position inside the area, who makes a good effort towards the corner but Donnarumma goes down well to deny the RB Leipzig player.

Emerson is played on the left wing, in which Unai Simon bets, but is beaten by the Chelsea side. The ball falls to Barella on the edge of the area, but Spain’s midfield regroups to close out the Inter player before he can hit an empty net.

Ferran Torres, cutting from the left, creates a space for him from about 25 meters and decides to launch a shot towards the goal, but he goes very wide at the end.

MINUTE 12: Oyarzabal goes down at the first touch

In what has been a caféy start, Pedri managed to open the lock on the Italian defense but Oyarzabal, who was offside, could not control the ball. A great missed opportunity.

Emerson plays Barella through the goal, who then surrounds Unai Simon before hitting the wood. But the Inter player was clearly offside and the linesman raised his flag once the game was over.

We are at Wembley, as Italy and Spain battle for a place in the Euro 2020 final.

Spain and Italy took to the Wembley field to get an idea of ​​where they are about to fight.

Luis Enrique has supported Álvaro Morata throughout the tournament despite strong criticism, but the Spanish coach has chosen to leave the Juventus forward out of the starting lineup against Italy.

19:00 CEST: Luis Enrique: No team is better than Spain

Luis Enrique is confident that none of the other seven teams remaining in the tournament is superior to La Roja.

“No,” replied Luis Enrique when asked if there is a team that is better than Spain at Euro 2020.

“The numbers [given by] the gps [system during training] They are impressive. [The issue] it’s much more emotional than physical. “

Roberto Mancini will be left without a key winger Leonardo Spinazzola after the gypsy suffered a serious injury against Belgium.

Luis Enrique has received a hard blow with the news that the PSG winger Pablo Sarabia the game will be lost due to injury.

Sha’Carri Richardson out of the Tokyo Olympics after missing out on the US track team.