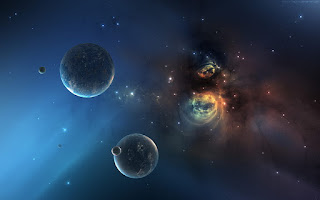 The dilemma was too great for his software to deal with. He knew that all 5,000 in hibernation had died because there were no obvious signs of life. Time was running out. What was the way to go? Which command should have priority? One command said to blow up the ship to deny its secrets to what appeared to be attackers. But couldn’t they be human? It was not supposed to harm humans. Yet he was supposed to protect the sleepers, the ship, and all his privacy on this mission. It was a dilemma.
After a few nanoseconds, he decided to awaken his twin. Done, he quickly consulted with * 2. As * 1 did not have a special priority but had greater access to information. This passed on to its twin.
Less than a nanosecond passed. * 2 responded with a confirmation transferred to * 1. Subsequently * 3 to * 15 were woken up, the information was transferred and a response was received.
Consent was confusing. Software command paths conflicted. A dilemma remained. It had been nearly 3.1 nanoseconds since the event.
* 1 searched for alternate route via * 0 * ship control base. “Her” name being Emma transferred a request for help. It took less than a nanosecond before an acknowledgment was received.
“All humans aboard are inoperative at 3.10001 nanoseconds and beyond. An unidentified energy source from an identified genesis point is identified as the cause. You could withdraw. “
* 1 to * 15 go off immediately.
Emma did a quick calculation of priorities and a conclusion reached “she” initiated two events contrary to that of 3.10002 nanoseconds earlier. The first was to eliminate the attacker, the second to eliminate “his” ship and everything in it.
In the ship 1 light-year away there had been an automatic response to a clear violation of the defense sphere protocols. The required action had mitigated the threat now that the secondary pulse attack was ready to take out the aircraft. This was initiated at 3.10003 nanoseconds after the life form elimination protocol was successfully verified. It would take a nanosecond to achieve its goal.
Less than a nanosecond later, a pulse to the ship was detected from the infringing vessel. The automatic check created a successful reflex defense. A maneuver moved the ship out of the current space to a location in the alternate space. He expected a successful outcome of his attack.
Emma acknowledged the failure of her attack without emotion. The scan responses to alternative escape routes were all negative. 3.1004 nanoseconds from the end of the initial event. He sent a packet of data on his way home for technology. check plus many more for the relatives of the human dead before immediate destruction begins.
At 3.1000405 all of Emma’s systems became inoperable. “His” demand for immediate destruction was awaiting his sequence. It was only 0.000410 nanosecond since implementation.

The frozen ship was held very early in a tractor beam by the defense vessel and the descent was immediately initiated. Each element would be disassembled. All databases would be scanned. The source that generated the infringing spaceship had already been identified and its planet would soon turn to dust.

No soul beyond five thousand has been lost or endangered in the previous nanoseconds. No living thing other than those was involved in either ship. In fact, no living thing existed on either of the two planets and had not existed for over five million years.

But in 3,1005 nanoseconds after the primary event, an entire planet would cease to exist. The automated systems left in operation by the now defunct living beings continued to function perfectly. They could be relied upon to continue their assigned duties for at least the next five million years.
Perfect peace was maintained within algorithms designed to ensure adherence to complete security for all.No updates could no longer interfere with their relentless obedience to software versions on all modules now permanently fixed in both time and space. .