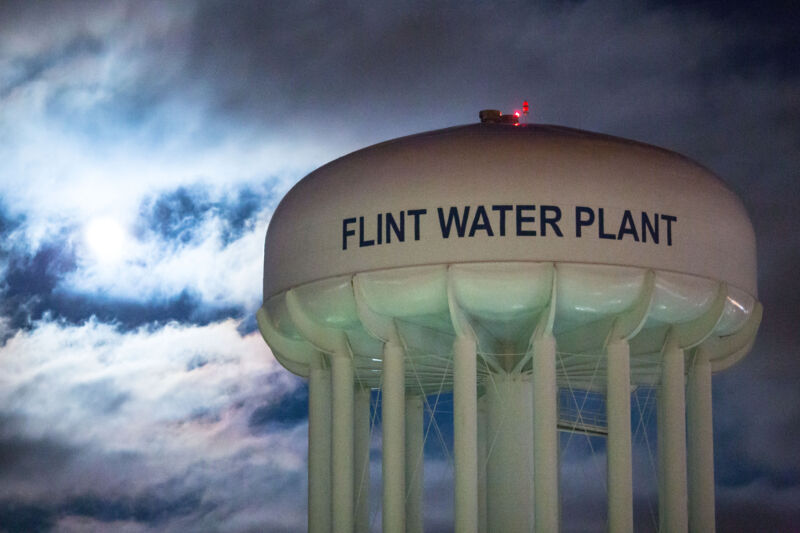 Residents of Flint, Michigan began complaining in 2014 that their water tasted bad, smelled bad, and came out of the faucet discolored. The city had switched water supplies to save money, and in the process, the city and state failed to add anti-corrosive chemicals to the new supply. Flint’s old pipes started poisoning its residents. People have experienced rashes after bathing, children have been exposed to high levels of lead, and at least a dozen people have died from Legionnaires’ disease.

Residents, pediatricians and pastors raised the alarm, but it was only when they sued the city and said a federal judge ordered the delivery of bottled water to every affected home.

In subsequent years, however, up to 20,000 children were exposed to potentially dangerous levels of lead. In some neighborhoods, the percentage of children who have suffered from lead poisoning has tripled.

Now, a judge has approved a deal that will distribute $ 626 million to those affected by the avoidable disaster. Lead poses the greatest risk to children, especially children whose nervous systems are developing rapidly. Eighty percent of the net balance will go to residents who were under the age of 18 when they were exposed to contaminated water, and most of that amount will go to children aged six and under. Another 35 million dollars will be set aside for minors who for whatever reason do not report immediately, allowing them to do so up to the age of 19.

“The agreement reached here is a remarkable achievement for many reasons,” Levy said in long opinion. Most notable, he said, was the fact that everyone affected by the crisis will be covered by the deal, regardless of whether they were represented in the class action or filed legal action. Levy said the legal fees issue “will be addressed in a separate opinion and order.” The lawyers have asked for about $ 200 million in fees for some 182,000 hours of work.

“The portion of the $ 626.25 million deal that is to be paid by the state of Michigan is one of the largest deals in the history of the state,” Levy pointed out. The city of Flint, an engineering company and hospital where many legionnaire cases have been contracted will pay around $ 26 million, and the state will cover the rest. Residents will be eligible if they have high levels of lead in their blood or bones or if they suffer from cognitive problems that can be traced back to lead.

Flint’s water crisis was among the worst of its kind in recent history. The city has around 95,000 residents and around 18,000-20,000 were children and adolescents during the crisis. It started on April 25, 2014 when the city’s water supply was relocated to the Flint River to save money $ 5 million a year. Although the previous source had been treated with corrosion inhibitors that maintain a protective scale inside the lead pipes, government officials said. Rick Snyder’s administration decided not to add the inhibitors, even though the practice was requested by the Environmental Protection Agency for cities with more than 50,000 people.

Adding the treatment would cost around $ 80- $ 100 a day, and officials apparently never intended to – they didn’t even install the equipment needed to add compounds. It did not take long for the scale to corrode and the water to turn brown and tie up with lead.

Former Governor Rick Snyder and eight others have been charged with offenses related to the Flint water crisis. All pleaded not guilty.

Earlier this year, President Joe Biden made it a priority to replace existing lead water pipes in the United States. The $ 1 trillion infrastructure bill recently passed in the House of Representatives devoted $ 15 billion to the effort.