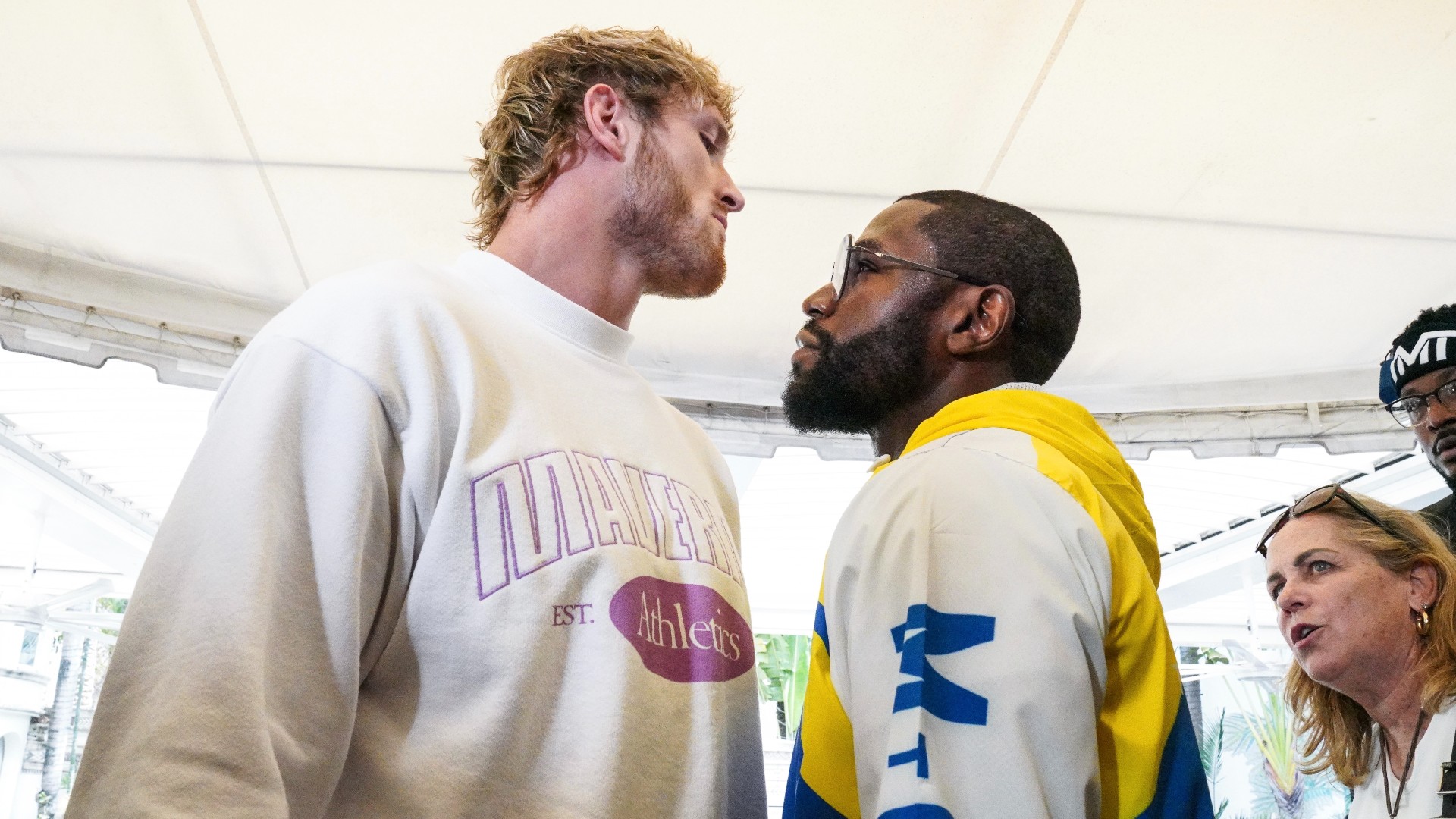 Floyd Mayweather Jr. will return to a boxing ring for the first time in just over two years when he takes on YouTuber Logan Paul in an eight-round special exhibition match on June 6 at Hard Rock Stadium in Miami Gardens, Florida.

It’s a fight no one necessarily asked for that pits one of the greatest practitioners of sweet science against an opponent who has lost his only professional fight to another YouTuber. It’s more of a show than anything else, as its sheer optics suggest it’s a money steal that will prey on our curiosity rather than our interest in seeing a fair fight. But now that we’ve gotten over the over-the-top antics and a stolen hat, there is still a fight that needs to take place where real blows will be traded.

While the vast majority of people legitimately believe that Paul doesn’t stand a chance, what if he is able to shock the world and pull off a big surprise in a fight that is billed as “Bragging Rights”? Yes, it sounds absurd, but Paul has a clear size advantage over Mayweather. He is also 18 years younger at 26, while Mayweather will enter the ring at the ripe old age of 44. Stranger things have happened. Muhammad Ali and Japanese professional wrestling legend Antonio Inoki fought to a draw in their special rules fight 45 years ago.

What is Floyd Mayweather’s boxing record?

It’s a simple answer considering that this is an exhibition match that will have no bearing on the professional background of any of the fighters. Like the Mike Tyson-Roy Jones fight in December, it was fought under special rules and no winner was formally announced. Even if Paul achieves the unthinkable and catches Mayweather with a punch that knocks down the greatest defensive fighter of our generation, he will not put a stain on the immaculate record of the man who dubbed himself “Money.”

As for Paul, he will still be 0-1 even with a surprise KO, but he would have “bragging rights” that would have a profound effect on the entire boxing industry.

Everything that is except Mayweather’s record.

What does it mean if Paul beats Mayweather?

Simply put, the sport of boxing would have a massive stain that would take forever to clean. This is not Tyson-Jones or even Ali-Inoki. This is an undoubted great boxer whose greatness has been inextricably linked to his undefeated record. With a litany of hall of fame boxers and former world champions tasting defeat at the hands of Mayweather, can you imagine how momentous it would be for a professional troll to defeat the self-proclaimed “TBE”? That is undoubtedly irreparable damage. Not just Mayweather, but the sport of boxing. It would open the doors wide for other non-boxers to challenge the pros in the most disrespectful way possible because “if Logan Paul could do it, why couldn’t I?”

It would absolutely ruin Mayweather’s legacy. But as for your bank account? That would be fine.

What does it mean if Mayweather beats Paul?

Honestly, it just opens the door for Mayweather to challenge Logan’s younger brother Jake, who is a better fighter and stepped into Mayweather’s shoes for stealing his hat.

And there is a lot of money in that fight. A lot. Floyd Mayweather is not going to spoil getting another bag of money playing Logan Paul.

There are bigger fish to fry.

Guerrero Jr. will regain MLB home run lead with 18th of the season