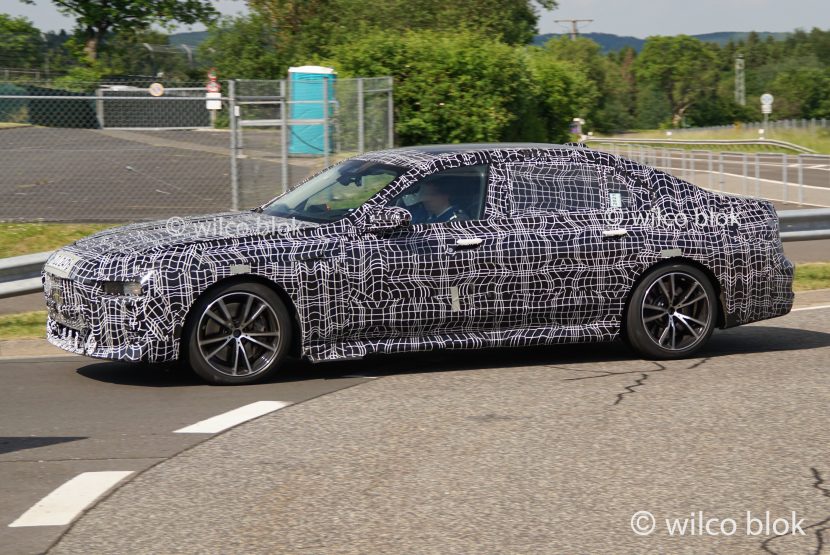 BMW is reading its next generation Series 7 for its release next year and with it will come a suite of new technologies from BMW. While the divided headlights and Level 3 autonomy are the main headlines, there are also some other new tech introductions for the new 7 Series. A recent post by Bimmer post looks at some of the new features of the upcoming 7 Series and there are some interesting new kit pieces.

For starters, the G70 7 series is said to have fully automatic doors, like a Rolls-Royce. With the push of a button, passengers can open and close the doors. It is unknown if this will be on the rear doors only or on all doors, but either way it is nice. We also don’t know if the owners will be able to open doors from the outside, like on a roller, but that would be pretty cool. However, I can see that the BMW Group wants to keep that Rolls-Royce thing, for hierarchical reasons.

Another new feature will be the Sky Lounge Roof, which we assume will be the same as the new one BMW iX. While we don’t know for sure, it’s the same to assume BMW won’t let the 7 Series miss out on any technology. If so, it will have the ability to switch from transparent to opaque with the push of a button. It’s an ingenious party trick that is sure to impress customers, even if the previous generation Mercedes-Benz S-Class had it nearly ten years ago.

One of the most notable additions to the 7 Series is an all-new iteration of the B58 straight-six engine. It will likely come in a couple of different power flavors, but will power some of the entry-level 7 Series models. No word on what changes have been made to update it but given how amazing it is now, we expect good things.

The next-generation BMW 7 Series will be the most technologically advanced car BMW has ever produced when it debuts next year. While its design may be a bit controversial, due to those split headlights mentioned above, there’s no denying it will be more luxurious and high-tech than before.