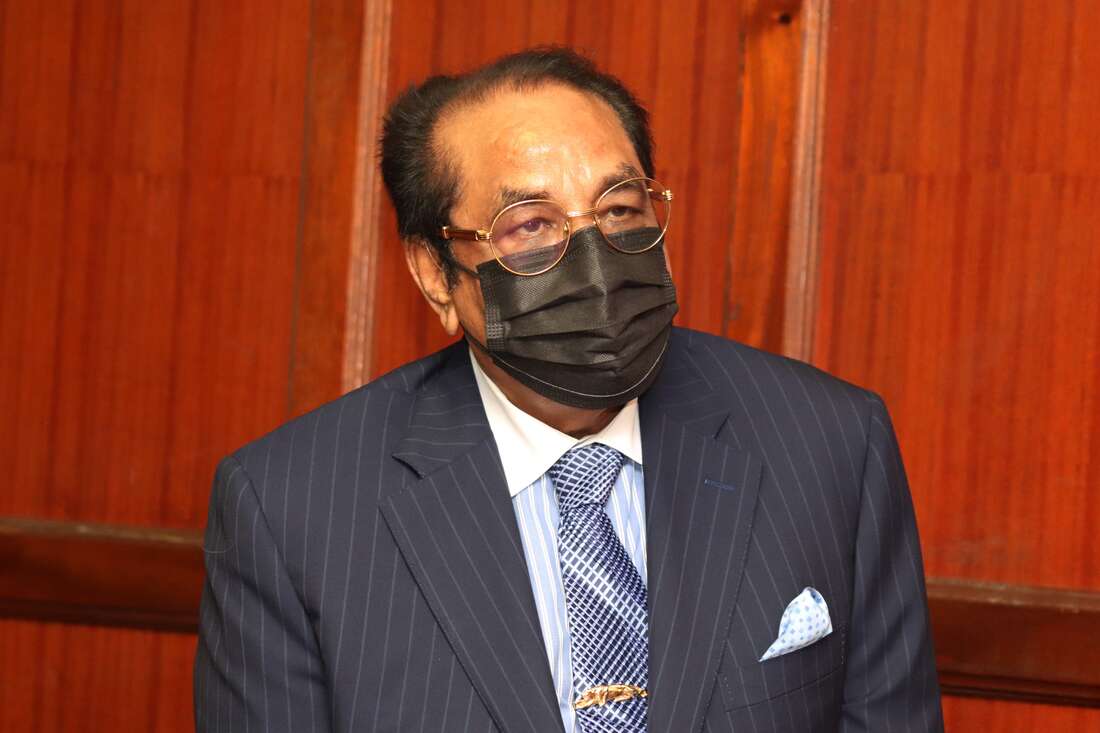 Tycoon Mohan Galot is not new to controversy.

The man, who runs a multi-million shilling empire, has been in the halls of justice for years fighting various court battles.

If not legal battles with his nephews, who accused him of kicking them out of the family businesses, Galot has been fighting a construction company, Erdemann Property Ltd, over a 3.2 billion shillings development in Athi River, some 28 kilometers to the south. from Nairobi.

At the center of a protracted legal fight with his nephews, Pravin and Rajesh, is the fight for control of Galot Industries, Manchester Outfitters, King Woolen Mills, Mohan Meakin, London Distillers Kenya Ltd and MG Park.

The companies deal with real estate, stocks, distillery of alcoholic and non-alcoholic beverages, bottling and sales, as well as making fabrics and fabrics.

On Wednesday, the businessman sat quietly in court as the prosecution read aloud 18 charges related to tax evasion. The prosecution alleged that Mr. Galot and London Distillers Kenya were involved in tax evasion amounting to 2 billion shillings.

The distiller, which makes Kenya King, Napolean and Safari Cane, and its director are alleged to have devised a plan to evade taxes, including excise duty on locally manufactured spirits, value added tax and corporation tax.

According to the charges, the company was involved in a gross under-reporting scheme of production and sales volumes and the purchase of packaging materials through associated companies.

One of the charges indicated that the distiller purchased 272,989,752 bottles and the volumes of finished product produced and omitted with the purchased bottles were 7,941,539 liters with an equivalent excise tax of Sh1.4 billion.

It was alleged that the company omitted in the tax returns the production volumes and the sales amounts, which should have been included in contravention of the articles of the Tax Procedures Law and the non-payment of taxes.

The prosecution alleges that between January 2016 and December 2018 the company activated some 1,610,150 stamps in the EGMS system, which represented a production equivalent to 527,250 liters. The taxpayer, however, declared and paid taxes on only 359,162 liters, thus evading the tax.

Mr. Galot denied all charges and was ordered to post a cash bond of Sh1 million to secure his release.

Going back to the family business, the nephews had succeeded in getting Mr. Galot indicted on various charges a few years ago. They accused him of tampering with the details of the directors and shareholders of two family businesses, Kings Woolen Mills and Mohan Meakin.

Pravin and Rajesh took him to court to protest his removal from the management of the companies. But Galot defended himself by saying that he invited his nephews to join the family businesses as directors, but expelled them when they allegedly registered parallel companies in an attempt to take over the companies.

The nephews would also be charged with forgery, but they managed to stop their prosecution last year.

Mr. Galot claimed that the two companies forged resolutions, minutes, letters and that they have continued to file parallel annual returns. Furthermore, it accuses the two of illegally appointing themselves as directors of Galot Industries Limited.

The Director of the Public Ministry was willing to accuse them, but they went to the Superior Court, claiming partiality.

The tycoon’s fight with Erdemann was initially brought before the Land and Environment Court, but the matter was transferred to the National Environmental Court.

The distiller wanted the court to stop the project, known as Great Wall Gardens Housing Phase 3, arguing that the houses were just 20 meters from its alcohol distillation plant. The company argued that there was the possibility of future conflicts between it and the occupants of the housing units due to industrial emissions.

The dispute earlier this year also affected the National Assembly after Galot claimed that some MPs had received bribes in the form of free and subsidized houses from a real estate company to push for the closure of London Distillers Kenya.

The alcohol manufacturer wrote to House Speaker Justin Muturi requesting an investigation into the bribery allegations against members of the House Resolutions Implementation Committee.

The accusations stem from the parliamentary investigation into London Distillers Kenya for polluting the environment through toxic emissions and dumping of raw waste into the Athi River following complaints from its neighbor, Erdemann Property.

London Distillers Kenya claimed that lawmakers were offered free houses to rule against it.

“Therefore, we ask that you order a consultation to be carried out to find out if the confidential information that we have received that several members of the commission have acquired homes either free of charge or on a subsidized rate through powers of attorney, are family, relatives or companies. in which they have interests, [which] it could have resulted in a clear conflict of interest, ”said Mr Galot, President of London Distillers Kenya, in a letter to Mr Muturi.