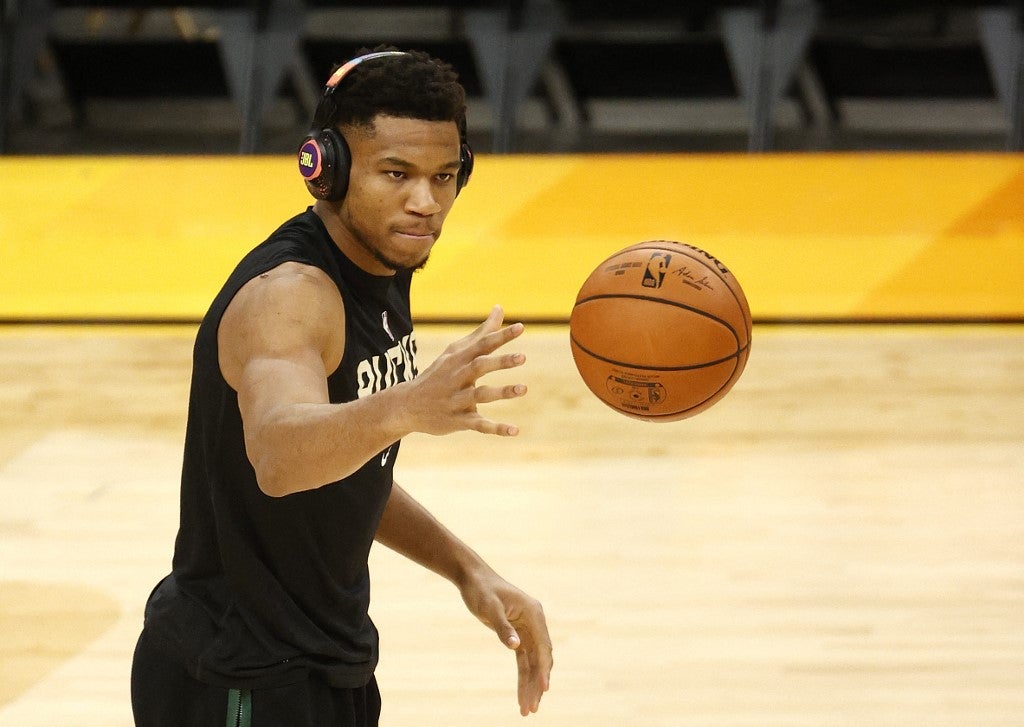 PHOENIX, ARIZONA – JULY 6: Giannis Antetokounmpo # 34 of the Milwaukee Bucks warms up before Game One of the NBA Finals against the Phoenix Suns at the Phoenix Suns Arena on July 6, 2021 in Phoenix, Arizona. Christian Petersen / Getty Images / AFP

Outside of the last two games due to a hyperextended left knee, Antetokounmpo went from doubtful to questionable early Tuesday. His status was going to be a game-time decision, as he participated in the pre-game warm-ups.

Antetokounmpo, 26, suffered the injury in Game 4 of the Eastern Conference finals against the Atlanta Hawks. The Bucks won the series in six games despite the absence of the two-time league MVP in the last two games.

Antetokounmpo is averaging 28.2 points, 12.7 rebounds and 5.2 assists in 15 games this postseason.

Only 18! – Pedri is now an important figure for both Spain and Barcelona