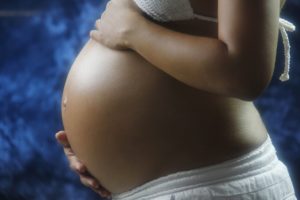 Worldwide, maternal health has been a major health challenge with an incredible increase in the rate at which women die from pregnancy-related problems. It could be while the woman is pregnant, during labor and delivery or even in the first few days after giving birth. This occurs more in developing countries than in developed countries with around 99% maternal death in developing countries and Sub-Saharan Africa (SSA) alone accounts for around 66% (WHO 2015). According to WHO (2007), it has been estimated that more than 500,000 women die each year worldwide from complications related to pregnancy or childbirth and half of them live in SSA. And of all these regions of the world, the SSA has the lowest reduction rate of 0.1% per year (UNICEF 2008). This is unequal in the world than neonatal or infant deaths and strongly indicates gender inequality (Freire 2008).
Maternal deaths can be due to the combination of many previous factors which could be sociocultural, socioeconomic or related to insufficient health services and mysterious misguided medical maneuvers. As stated by Olaku (2014) and Adeusi, et al (2014), sociocultural factors and socioeconomic barriers can hamper women’s health seeking behavior, making pregnancy and childbirth dangerous. Poor or malfunctioning health systems hinder the progress of maternal mortality reduction and lead to high maternal mortality among mothers due to complications of pregnancy and childbirth (FMOH, 2007; NFMOH 2003).
Poor women in the lower socioeconomic group may be less educated, have a poor diet, and be limited to health care. Less education contributes to early or unplanned pregnancy. Women with little or no education are unaware of the complications that could result from early pregnancies and how important it is to take your health more seriously in the stages of pregnancy.
Poor nutrition could cause health deficiencies that affect pregnancy outcome. Additionally, a lack of quality care can put women at high risk for infections or other complications that might otherwise have been managed and treated in a well-equipped health facility or by a qualified health care practitioner. But the lack of governmental influence in these SSA regions that unfold economic metrics and rigorous monitoring of their countries’ health systems, and especially of pregnant women, have made this maternal mortality rate stagnant and threatening. Health centers are poorly equipped, poorly managed, and individuals who have little or no means to provide for themselves are left to care for their own health and even the unborn child.
In some of these countries in the SSA regions, girls and women are less privileged to receive an education. Most of the time they are denied financial resources and have no say in their life or family choices. It all depends on what has been agreed upon by their parents or families on their behalf. The government policies of these countries have supported the system of gender inequality and overlooked the importance of the female gender in their society with little or no concern for their well-being.
Therefore, governments in the sub-Saharan African region should seek ways to drastically reduce maternal mortality rates in their countries; improve their health sectors and enforce laws and policies that work for their populations.
Federal Ministry of Health (FMOH). Integrated strategy for maternal, neonatal and child health. Abuja: Federal Ministry of Health; 2007.
Freire JM: Sistemas de salud en Sub-Saharan Africa: information for action Madrid: Escuela Nacional de Sanidad. Instituto de Salud Carlos III; 2007
Federal Ministry of Health of Nigeria (NFMOH). Technical report on the national study on essential obstetric care facilities in Nigeria. Abuja, Nigeria: Federal Ministry of Health; 2003.
Olak DA. High-risk pregnancies and perception of maternal mortality among women in the Plateau state of Nigeria [MSc thesis]. Zaria Nigeria: Ahmadu Bello University; 2014.
Adeusi SO, Adekeye OA, Ebere LO. Maternal health predictors perceived by pregnant women in Eti-Osa, Lagos state. Nigeria J Educa Pract. 2014; 5 (18): 125-131.
UNICEF: Progress for Children. A balance sobre la mortalidad materna 2008.
World Health Organization: Maternal mortality in 2005: estimates developed by WHO, UNICEF, UNFPA and the World Bank. Geneva: WHO Press; 2007: 16.
World Health Organization. Trends in maternal mortality: 1990 to 2015. Estimates developed by WHO, UNICEF, UNFPA, World Bank and United Nations Population Division. Geneva: World Health Organization; 2015.