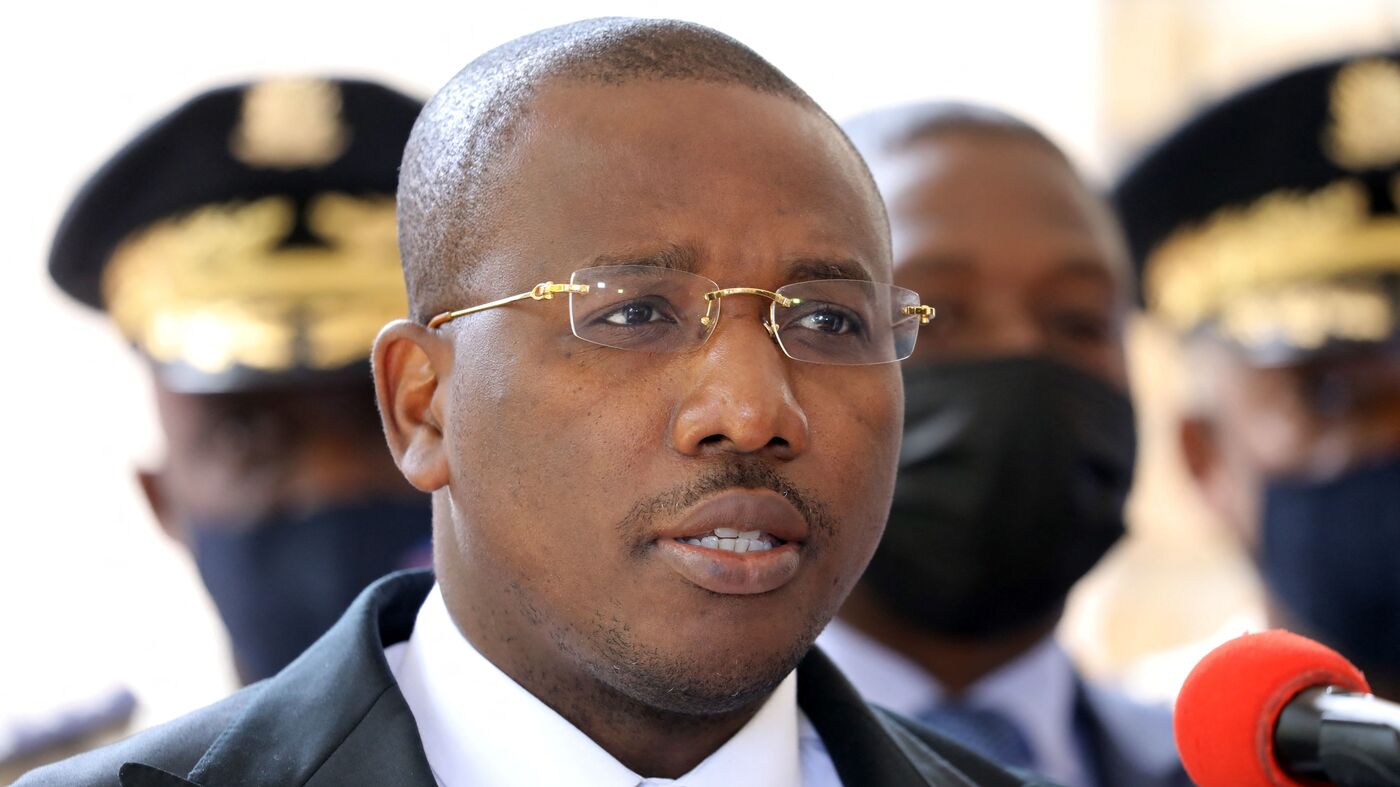 Claude Joseph speaks during a press conference in Port-au-Prince on Friday. The country’s interim prime minister says he is optimistic about the formation of a unity government.

Claude Joseph speaks during a press conference in Port-au-Prince on Friday. The country’s interim prime minister says he is optimistic about the formation of a unity government.

The assassination of Haitian President Jovenel Moïse sparked a power struggle in a country already beset by political instability and other crises.

Following last week’s assassination, Acting Prime Minister Claude Joseph declared himself in charge, saying the country would be under a temporary “state of siege.”

The United States and the United Nations have recognized Joseph’s legitimacy to lead the government.

But someone else has claimed to be the rightful leader: Ariel Henry, who was appointed prime minister by Moïse two days before his assassination but had not taken office.

Meanwhile, the country’s Senate called for a third man, Senate President Joseph Lambert, to be Haiti’s interim president. But the Senate has only 10 members and does not have a legal quorum, because no new elections have been held after the terms of many legislators expired.

In an interview on Friday with NPR, Joseph said he was “optimistic” about reaching a power-sharing agreement to avoid any political uncertainty and defended his handling of the crisis.

“I was the one in charge” at the time of Moïse’s death, Joseph said.

Joseph said he has met with Henry and Lambert and said he wanted to bring civil society groups to discuss the future of Haiti. “We all need to sit together to find a solution. I’m not interested in staying here where I am. I’m interested in seeing that people can come together,” Joseph said.

He also spoke about the ongoing investigation into the murder and denied a report that he was involved. Here are more excerpts from the interview, edited for clarity.

On the murder investigation

There is an ongoing investigation and I think we are doing a good job. As you know, we have already captured about two dozen Colombians who actually killed the president. We also have five Haitians, [including] two Haitian Americans, I guess. There are other people we are looking for now who may have ties to those who actually killed the president. Then there is also Emmanuel Sanon, one of the masterminds of the crime. We are very optimistic about where we are going because we are going to do justice to President Moïse.

On whether the head of the palace guard was involved

If it had anything to do with the murder

And this is just ridiculous. It is a way of diverting people’s attention from the real event, from what really happened. But they will not reach the goal because I want justice for President Jovenel Moïse, his wife, his sons and his daughter.

On President Biden’s Statement That No U.S. Troops Will Be Sent To Haiti

I think the Haitian national police need help: logistics and technical assistance. As long as we can have the support, and we know that the United States has been very supportive like Canada and other countries, then the national police need this help and if we can have it, then we could really work and, you know, fight the armed gangs in some parts of the country.

Unstable weather will continue to fuel a huge fire in Oregon