Half of Brits cut back on socializing to avoid pingdemic
Advertisement 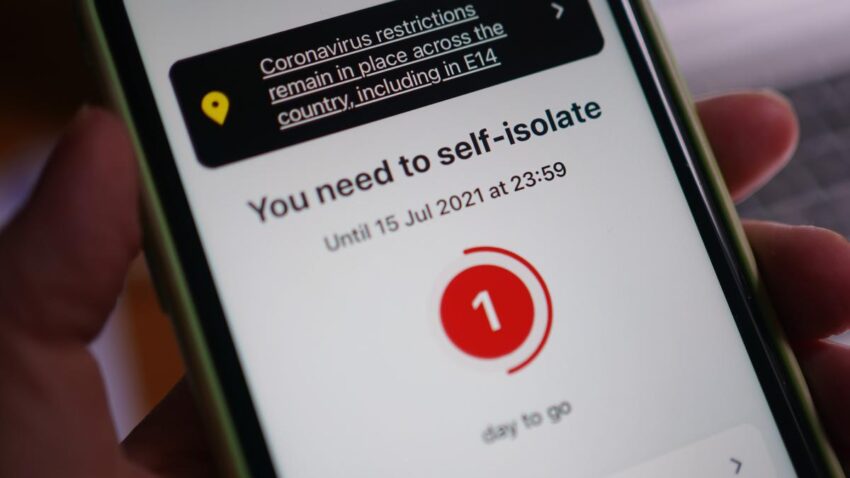 Almost half of Brits are reducing social contact in a sign that the “pingdemic” is having a significant effect on behavior.

About 46 percent of those surveyed by YouGov for The Times said they had reduced contact with others to prevent the NHS Covid app from pinging them and having to isolate themselves, compared to 39 percent who said no.

The findings suggest that government policy, while hugely disruptive, is having the desired effect. Until August 16, even those who are doubly vaccinated are told to stay home after contact with a positive case.

Beginning August 16, anyone who has a double puncture will no longer need to isolate themselves after meeting someone who has tested positive, although they will be advised to have daily rapid tests to make sure they do not have the virus.

Ministers have been pressured to push that date forward amid warnings that self-isolation was causing a critical worker shortage. The latest figures show that the app pinged nearly 700,000 people in one week.

A government spokeswoman said: “The self-isolation rules are doing exactly what they are designed to do: minimize the contacts of people who have been exposed to Covid-19, so that we can protect the population while we continue to launch the vaccine.

“By adhering to the rules, the public is playing a vital role in reducing the spread of the virus and preventing cases from becoming outbreaks. This allows the NHS to vaccinate as many people as possible before August 16, and we continue to encourage everyone to come forward to receive their vaccine. “

Despite the proportion of people who said they had reduced contact with other people, only 16 percent said they had canceled their plans.

When asked about the current coronavirus situation in the UK, 63 per cent said they thought things were improving, but that the pandemic was not over yet. Eighteen percent thought the pandemic was “as bad as it has been for a while” and eight percent said it was “largely over.”

A separate report said that more than 1.1 million jobs were left unfilled amid the worker shortage caused by the “pingdemic.” Vacancies have exceeded a million for nearly three months, according to research by Adzuna, a hiring website.

Adzuna’s Andrew Hunter said: “The pingdemic has arrived just as companies are starting to get familiar with the task of filling vacancies. The struggle to hire is one of the greatest challenges that companies face, with hundreds of thousands of workers still on leave, doubts, among others, to return to work, fewer workers abroad available to fill positions and a lack of qualified personnel in some sectors. “

The government announced yesterday that more than 85 million doses of coronavirus vaccines have been administered in the UK. More than 88% of adults have received one dose and more than 72% two.

Sajid Javid, the health secretary, described it as “a phenomenal achievement” and thanked the NHS, military officers and volunteers for their “tireless efforts” to bring the country to this point.