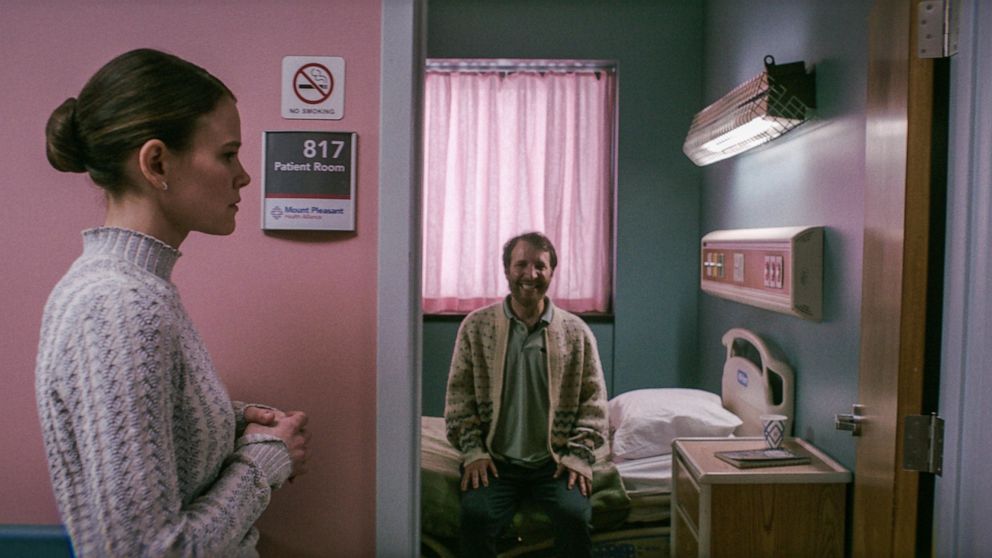 The moviegoing public chose the horror film over the romantic comedy to kick off the month of October. Paramount’s “Smile” topped the North American charts with $22 million in ticket sales, according to studio estimates on Sunday, outpacing Billy Eichner’s romantic comedy “Bros.”

Universal’s “Bros” launched with an estimated $4.8 million to take fourth place behind “Don’t Worry Darling” ($7.3 million) and “The Woman King” ($7 million). But opening weekends probably won’t be the last word on either “Bros” or “Smile.” Horror movie audiences are generally loaded at first, dropping off steeply after the first weekend, while something like “Bros,” which earned rave reviews and an A CinemaScore, suggesting strong word-of-mouth potential, is a film that could continue to find audiences. through the fall. It’s not unusual for R-rated comedies to start out modest and catch on later.

“Everyone who sees it loves it,” said Jim Orr, president of domestic distribution for Universal. “Billy Eichner, (director) Nick Stoller and Judd Apatow have created a moving and hysterically funny movie.”

“Bros” is notable for being the first gay romantic comedy to be released widely in theaters by a major studio, as well as the first studio film starring and co-written by an openly gay man. Since its premiere at the Toronto International Film Festival last month, the film has received stellar reviews from critics and has also been the target of “bomb reviews” on IMDB. The site taken down last week removed hundreds of one-star reviews for “Bros” that were posted before the film was released.

It’s also hard to compete with a new horror movie in October. “Smile,” written and directed by Parker Finn in his directorial debut, stars Sosie Bacon as a therapist haunted by smiley faces after a traumatic event.

According to exit polls, 52% of the audience were male and 68% were between the ages of 18 and 34 for the R-rated film. Screening in 3,645 locations, “Smile” also started strong with $2 million from trailers. on Thursday night, and was up 4% on Saturday, which is almost unheard of for genre movies that typically decline after the first night.

“It’s remarkable, particularly when you consider the budget. It’s just a fantastic result and validated our thoughts on the film as a whole,” said Chris Aronson, president of national distribution for Paramount. “That spike on Saturday bodes well for long-term gameplay.”

The “Smile” marketing team planted smiling actors at baseball games around the country last weekend as a marketing gimmick, which Aronson says helped take the film to the top.

“‘Smile’ proves once again that theater owners should put the horror genre on a pedestal,” said Paul Dergarabedian, senior media analyst at Comscore.

Second place went to “Don’t Worry Darling” in its second weekend in theaters with $7.3 million, down 64% from its opening. The mid-century-style psychological thriller starring Florence Pugh and Harry Styles has earned $32.8 million domestically against a $35 million production budget.

And “The Woman King” was a close third in its third weekend, with an estimated $7 million, down just 36% from last weekend. The Gina Prince-Bythewood-directed historical war epic stars Viola Davis as General Agojie and has grossed $46.7 million.

Rounding out the top five was the re-release of “Avatar,” with $4.7 million from 1,860 locations.

Notably, the film with the highest theater average was the Indian epic “Ponniyin Selvan: I,” which earned $4.1 million from just 510 theaters. It is one of several Indian blockbusters that have done well in North America recently, including “RRR” and “Brahmastra Part 1: Shiva.”

“It was a solid weekend,” said Dergarabedian. “We’re not going to get into $100 million-plus weekends until ‘Black Adam,’ but audiences are getting a very diverse slate of movies to see on the big screen.”

Estimated ticket sales for Friday through Sunday at theaters in the US and Canada, according to Comscore. Final national figures will be released on Monday.

THE PACIFIC OCEAN NEAR SAN FRANCISCO — Fran made landfall in August about 25 miles south of the Golden Gate Bridge. the loved...
Read more

William and Harry meet again while guarding the queen’s coffin

princes William other Harry they set up a vigil for their grandmother, Queen Elizabeth II at Westminster Hall on Saturday night, meeting in public...
Read more