Hickenlooper's week: get furious at the Capitol and animal sacrifices
Advertisement 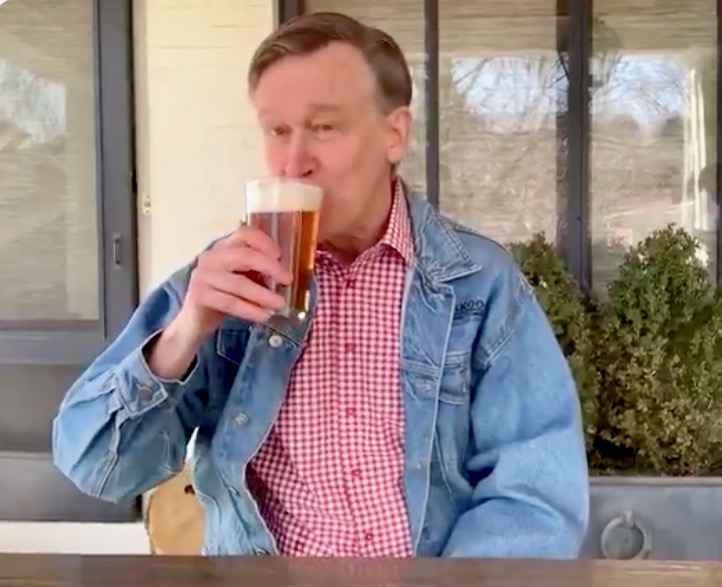 The Colorado Democrat is very forward-thinking these days, and appears to be greeting one of the city’s notorious “working girls” during her morning walk of shame.

Maybe it was “Take a Ho to Work” day on Capitol Hill?

Later, Hickenlooper appears to be discussing those Washington tricks with former US Senator Ken Salazar.

Is that the face of Salazar’s “O”?

.@KenSalazar Teach this first-year senator some of the tricks of the trade! pic.twitter.com/oonvgEPAkS

Afterward, Hickenlooper felt the religious spirit and wished his Muslim followers a happy day of slaughter of goats or lambs.

May all who celebrate have a safe and happy Eid al-Adha! #Eid Mubarak

According to our source, Mr. Google:

Eid al-Adha it is the last of the two official holidays celebrated within Islam. Honor Ibrahim’s willingness to sacrifice his son Ishmael as an act of obedience to God’s command. However, before Abraham could sacrifice his son, God provided a lamb to sacrifice.

Google also answers the question: “Why do we sacrifice animals? on Eid ul Adha? “

Qurbani means sacrifice. Every year during the Islamic month of Dhul Hijjah, Muslims around the world sacrifice an animal (a goat, a sheep, a cow or a camel) to reflect the prophet Ibrahim’s willingness to sacrifice his son Ismail for the cause of God.

Hickenlooper’s animal rights advocates are likely to scowl at this progressive stance.

Most surprising is Hickenlooper’s off-road adventure in the land of Vax that urges fans to share even more vaccine posts, as if our feeds weren’t inundated with more Vax news than we can possibly use in the last seven. months.

There is a lot of misinformation about vaccines. Consider posting on your own social media encouraging your network to get vaccinated! Your friends and family probably trust you more than something fake they see online!

We actually trust our own doctor more than our friends or famous people are telling us now on social media.

So we would never brag about practicing medicine and pretend to know your medical history and needs.

Also, sharing vaccine stories would only cause the Biden administration to censor us.

House Republicans are trying to stage a coup against President Pelosi

One of the biggest hoaxes ever perpetuated in America.