That’s it – Honda’s big bet in Southeast Asia was revealed in the form of the RS Concept SUV, a subtly veiled preview of the car that will take on the Daihatsu Rocky Other Toyota Raize (and our Perodua Ativa, of course). Designed in Thailand, the small five-seat crossover has just been unveiled at the 2021 Gaikindo Indonesia International Auto Show (GIIAS) and will likely be offered across the region.

The details remain as scarce as the images (some of which were taken from the reveal livestream), but we know that the production version – which will be called ZR-V – will be based on the seven seats. BR-V, in turn built on the bones of India Amaze sedan. Despite this, the RS SUV has a much younger design that should suit its target demographic well.

Up front, you have slim, sharp LED headlights that flow into a large grille that features a checkered pattern that goes beyond the border, just like the revamped Peugeot 3008. The aggressive look is aided by the lowered central air intake and triangular vertical air intakes. 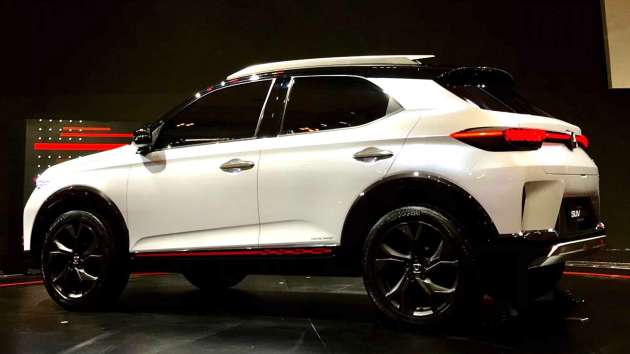 Along the side, there is a simple shoulder line, an ascending character line along the hips, and a sharp knot of the waistline. Despite previous teasers, the C-pillars are not blacked out, but are painted in body color and rise to meet the black roof, resulting in the ‘floating roof’ aesthetic in vogue. Full-width “speckled” taillights, deeply contoured rear bumper and front and rear skid plates complete the look.

Honda hasn’t released any specs, but we can assume the ZR-V will share the BR-V’s and CVT’s 1.5-liter, 121hp / 145Nm DOHC i-VTEC engine (the Thai city122 PS / 173 Nm 1.0 liter turbocharged three-cylinder is possible given the forced induction competition, as well as the e: HEV hybrid drive).

Also expect the car to be equipped with the Honda Sensing suite of active safety features, including autonomous emergency braking and adaptive cruise control. In India, the ZR-V will likely replace the jazz-based WR-V, giving the market a bona fide SUV for a change. What do you think – are you digging the RS Concept SUV, and should Honda Malaysia bring it to compete with the Ativa? Sounds in the comments after the jump.