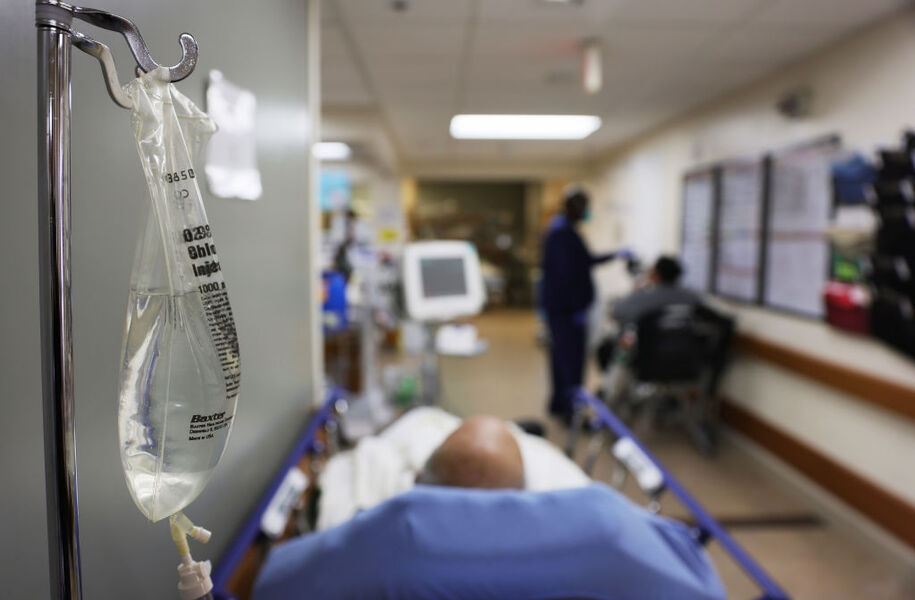 Consider a 54-year-old gentleman named Richard Soliz, who contracted the COVID-19 virus in August. Soliz was left unvaccinated during the pandemic. According to Gina Harkins’ report, writing for The Washington Post, Soliz, a graphic artist from the Seattle area, said “[h]I would see one thing in the news … only to be denied by something she saw on social media or heard in the grocery store checkout line. “In other words, her experience was a microcosm of what countless Americans have experienced. one way or another during this unprecedented pandemic.

Upon entering Seattle’s Harborview Hospital, Mr. Soliz was given some bad news: he had more blood clots in his lungs, and doctors feared those clots might migrate to his heart or brain.

The 54-year-old was on a heart rate monitor, oxygen tank and eventually a fan. After being hospitalized in late August, he spent 28 days at Harborview Medical Center, including two periods in the intensive care unit. His life, Soliz told the Washington Post what “literally hangs by a thread”.

Unlike many people put on a ventilator after contracting COVID-19, Soliz was finally discharged in September. Afterward, he couldn’t stop thinking about the hospital workers who had kept him alive.

“I knew in my heart, my mind and my conscience, that everything could have been avoided,” says Soliz. So, in October, he did something extraordinary: he went back to the hospital and apologized to his doctors.

Like originally reported by Noah Shiedlower and Christina Zdanowicz for CNN, Soliz’s experience in the hospital underscored the gravity of what he was facing and put his initial doubts in a different light.

Soliz told CNN he struggled to breathe and felt like he could die at any moment. But he wanted to apologize to those who took care of him, thanking everyone he saw in the facility who played a role in saving his life.

“I was literally on my deathbed and hanging from a rope, and [doctors and nurses] he tended to me like perfect strangers, “Soliz said. He added, when” you’re in a position that I was in, it resonates differently, and I just had to say something. “

Dr. James Town is Harborview’s pulmonologist and head of its intensive care unit. He told CNN that “99 out of 100” hospitalized patients with COVID-19 were not vaccinated. Speaking of Soliz’s regret to hospital staff, he noted that it was some sort of anomaly among COVID-19 patients; he said that “despite your hard work, the most outspoken people are still telling you that you are trying to hurt them and their families.” Thus, Dr. Town says, what Soliz did was greatly appreciated.

“I knew the spirits in our hospital and our unit were down because of how difficult things had been lately and the difficulties with staff shortages and things like that,” Town said. “I felt that that was the kind of message our staff needed to feel that people really appreciate them.”

Soliz, who is now fully vaccinated, is still living with the effects of the virus. His lungs are scarred and he easily feels out of breath. His thoughts are sometimes clouded, a common effect of those who have had a severe COVID-19 attack. He calls it the “scariest and most vulnerable” experience of his life, and his fervent desire is that no one else should experience it.

The account made on this story strongly suggests that Soliz did not really know what he should do about the vaccination. While we can and can blame him for it, we shouldn’t lose sight of the fact that the ultimate blame and blame must lie in the sources of misinformation that made these doubts sustainable in his mind.

We wish him good recovery.