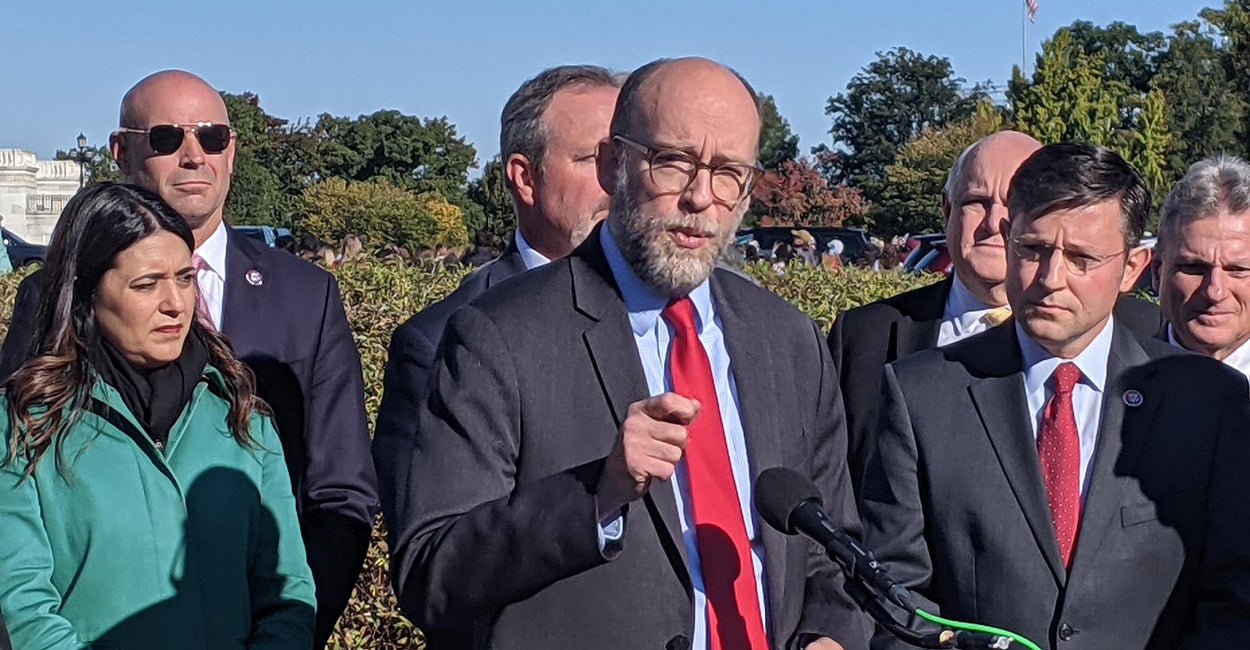 Hern and other House Republicans have condemned the mandates as a step towards a broader socialist agenda.

“Right now, we have a president who is imposing vaccine mandates on private companies across America, telling job creators and entrepreneurs that the government knows better than they who to hire and how to run their companies,” Hern said.

“When the government tells you how to run your business and your employees,” he said, “I would call it control of your means of production: a clear and dangerous step towards socialist government.”

A vaccination mandate, to be applied by the Occupational Safety and Health Administration, requires employers with 100 or more employees to make sure their employees are fully vaccinated by January 4, or to have unvaccinated workers provide weekly test results, at their own expense, that prove they are negative for COVID-19.

The other, which affects healthcare workers in facilities participating in the Medicare and Medicaid programs, requires that they be fully vaccinated by January 4, with no ability to provide weekly test results.

In September the president imposed vaccination mandates on federal government employees and contractors.

GOP lawmakers were joined by Russell Vought, who was Director of the Management and Budget Office under President Donald Trump.

Vought, who is now president of a new conservative group called Center for Renewing America, agreed that such mandates are unconstitutional and added that they are already pushing essential employees to leave en masse.

“Health worker [are] by quitting their jobs, firefighters quit their jobs because they don’t submit to something they can’t do in good conscience, ”Vought said.

Cuts to essential services due to vaccination mandates have materialized in places like New York, where the citywide vaccination requirement for all government employees has already led to 26 fire stations closure, as well as a reduction of active ambulances up to 20%.

Representative Andy Barr, R-Ky., Expressed concern about the impact the mandates would have on small businesses.

“We have some humanitarian concern for the millions of people who will lose their jobs and businesses who will literally lose their multigenerational livelihoods due to this excess,” Barr said.

Another speaker, Rep. Lisa McClain, R-Mich., Argued that the decision on whether to get vaccinated rests with an individual, not the government.

“I think you all know better what should go into your body and have that conversation with your health care provider, as opposed to the president coming down and saying, ‘I’m ordering it,'” McClain said.

In addition to concerns over the violation of civil liberties, House Republicans highlighted the toll the vaccine warrants would have on people’s health and safety.

“While you expel people, you will expel them from their jobs, what happens?” asked Rep Greg Murphy, RN.C., who is a urologist. “They lose their health insurance, they don’t go to the doctor, they get sick, they delay treatment and maybe they can’t go to the hospital and [then] the.”

“So what you get now please remember my words, we will induce poverty because of this,” Murphy added.

Representative Jodey Arrington, R-Texas, summarized the views of the assembled House members by comparing current mandates with the tyranny suffered by the 13 colonies before and during the American Revolution.

“This situation reminds me of those holy words of Thomas Jefferson when we declared our independence,” said Arrington. “When there is a series of abuses and usurpations, when there is this despotism and tyranny of the central government … which dominates the people, it is the duty and right of the people to throw it away.”