How Snooki Made His Return To Jersey Shore
Advertisement 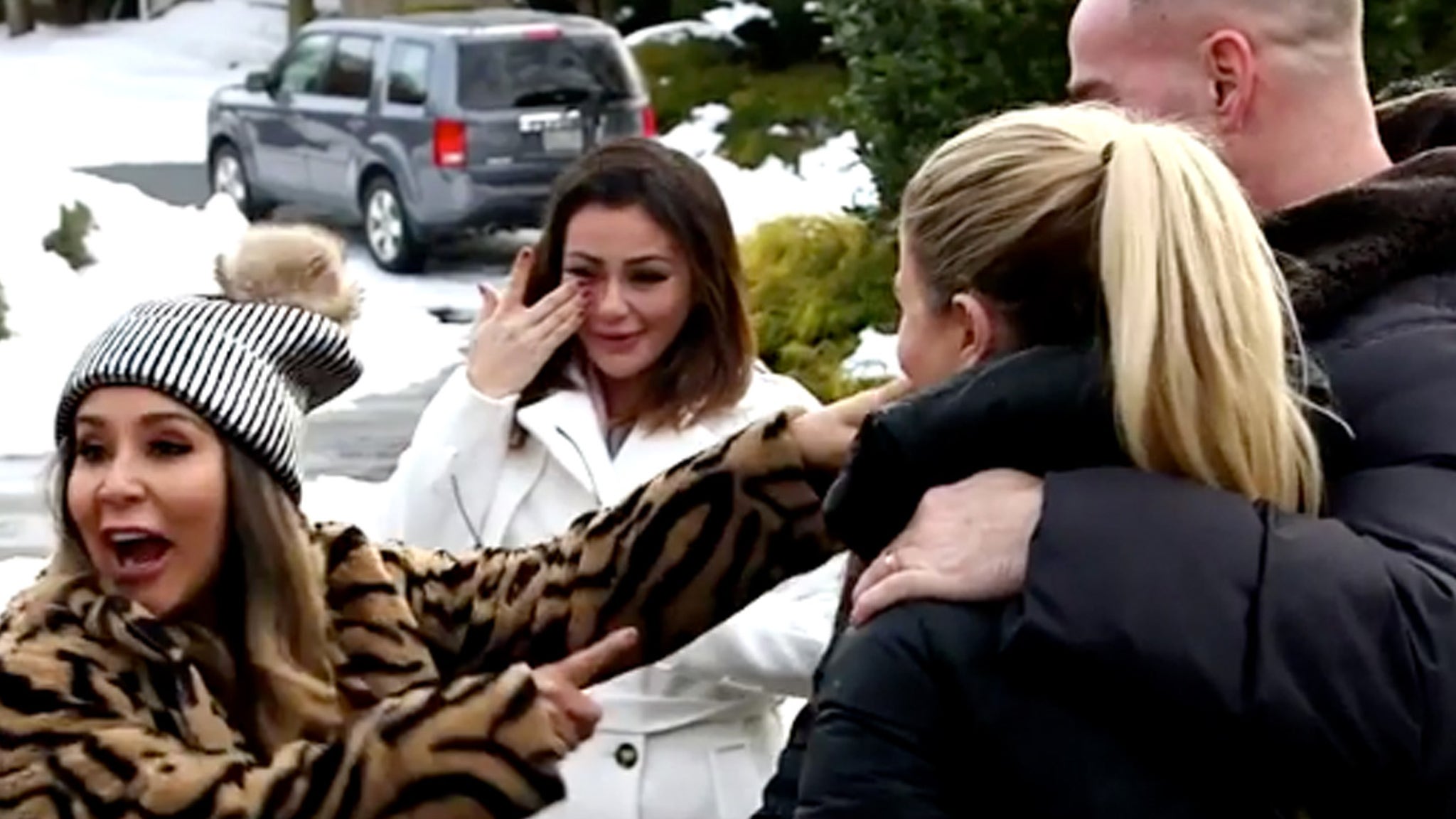 “It’s going to be a shit show, let’s get started!”

After taking a season off the show following the fallout from Angelina Pivarnick’s reception wedding speech debacle, Snooki made his big comeback to the show on Thursday’s new episode.

His on-camera meeting with the rest of the cast coincided with Mike “The Situation” Sorrentino’s five-year sobriety, when his wife Lauren approached Jenni “JWoww” Farley to help plan a surprise for him. Instead of another call from Zoom, she organized an “unconditional drive-by,” recruiting Vinny Guadagnino, Deena Nicole Cortese, and Angelina to join her outside Mike’s house, while Pauly D and Ronnie Ortiz-Magro sent a video to be played mobile billboard.

At a “long shot”, he also invited Nicole, leaving her a voicemail about his plans, “although,” he added, “I know she most likely won’t come.”

Before performing on Mike’s, the rest of the group talked to each other about how far Sitch has come since his early days on the show. “What’s that even the same person? How can you go through such a transformation?” wondered Vinny, who revealed that Sorrentino’s substance abuse got so bad, “there were years when I didn’t even talk to Mike.”

Meanwhile, Snooki filmed himself preparing to surprise everyone along the way. In a self-recorded confessional, he exclaimed, “It’s happening! So I’m going to Mike’s house right now, he has no idea about the surprise party … and the roommates, none of them have any idea I’m going to go “. It’s going to be like … show, let’s get started! “

Finally, it was time for the big reveal. When Mike and Lauren got into a Zoom with Ronnie and Pauly, they heard honking outside and went looking for Jenni, Zack, Deena, Chris, Angelina and Vinny. Ron and Pauly also sent a pizza truck to the house.

But then one more car rounded the corner, with Nicole in the driver’s seat. The whole group shuddered and Jenni ran to hug Snooki right away.

“I’m literally crying hysterically because I didn’t think this moment would ever happen,” she exclaimed. The episode ended with Mike crying … and Angelina backstage, awaiting her first face-to-face showdown with Nicole since the wedding.

Angelina reveals Chris moved out after massive fight, trapped in hotel with other women